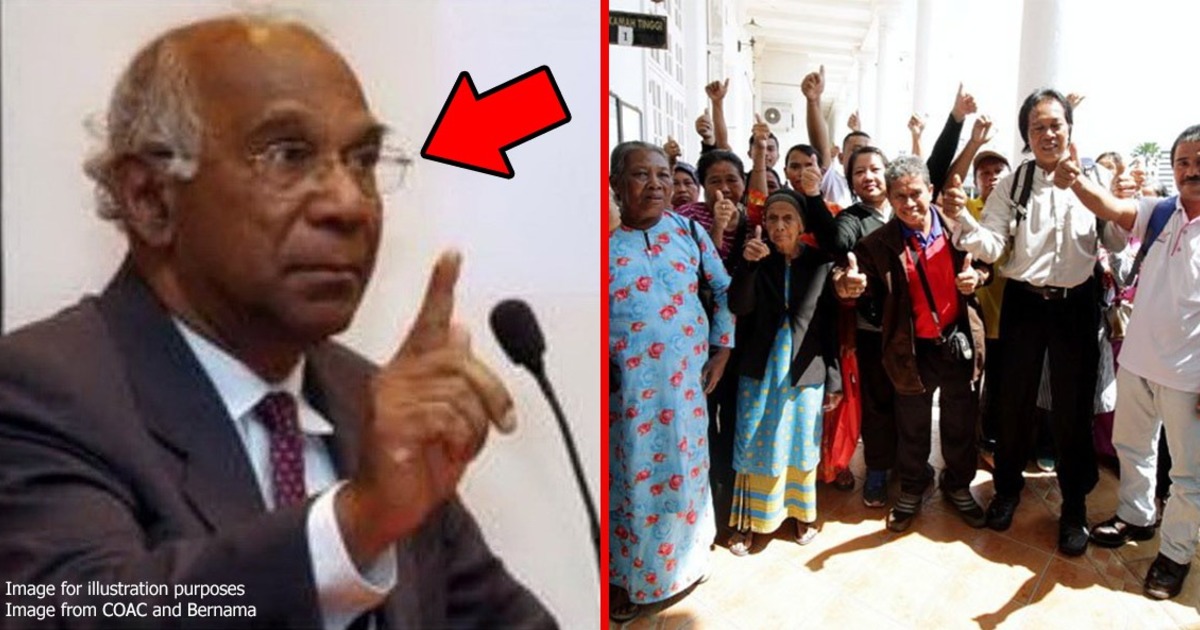 An Orang Asli tribe was cheated by a lawyer, who used their money to buy 57 apartments

Imagine you were a millionaire. However, you’re promised that your money would be kept in a trust, and you can live off the interest. That’ll still be an okay deal, right? At least you won’t lose all the money buying expensive things, just because you can.

But imagine, again, that the person who’s trusted to hold your money, not only gave you much less than promised. That person also bought apartments, which they rented out, and bought more apartments. And all of that using your money.

This exact scenario is what happened to a group of Orang Asli in Johor, who were from the Jakun tribe. Their lawyer misused their trust fund money to buy 57 apartments. Thankfully, after an 11 year long court case, the Orang Asli have finally won their lawsuit against the lawyer.

It started from a landmark decision in the 90s

Back in the 1990s, the Orang Asli community in Linggiu Valley had their land acquired by the Johor state government. The land, which was around the Sungai Linggiu water catchment area, was used to build a dam to supply water to Singapore.

This is quite common, as the government does have the rights to take your land. But the government can’t just take any land they want – it can only happen if it’s used for public projects. And if they do, the government must compensate you for the land.

[READ MORE: The Malaysian government CAN legally take your land and property...under 3 conditions ]

However, the Orang Asli community weren’t compensated for this. They had previously used the land to cultivate plants, and had now lost their livelihood because of it.

A middleman, Hamzah Mohd Tahir, introduced a lawyer to the tok batin (village head), who agreed to help them seek compensation from the government. The lawyer was S Kanawagi from the legal firm Khana & Co. In 1995, they filed a lawsuit at the Johor Bahru High Court against the state government, on behalf of the Orang Asli.

Their lawsuit, Adong Bin Kuwau & Ors v Kerajaan Negeri Johor & Anor [1997] 1 MLJ, was a landmark decision for land compensation cases. Based on the Land Acquisition Act 1960 (LAA), the government must give compensation equal to the land’s market value. But the court decided to award the 52 plaintiffs RM26.5 million, which was twice the land’s market value, as well as an additional RM12 million of accumulated interest (from Nov 1994 - May 2000). This resulted in a total of RM38.5 million paid to the Orang Asli community.

The judge explained why he gave them twice the usual sum. He reasoned that in usual cases where you only paid the market value:

“...would involve deprivation of land use for a person for no special attachment to the land and upon which land he does not depend on for his livelihood...”

Basically, he said that most people weren’t attached to the land, or depended on it for livelihood. So for this case, he considered these things when calculating the compensation for the Orang Asli:

Despite winning the case, things only got worse because...

The Orang Asli were cheated by their lawyer

From the RM38.5 million awarded, RM22 million were to be put in the Linggiu Valley Trust Fund. From that trust, RM900 will be paid each month to the Orang Asli. Their lawyer, S Kanawagi, and two tok batins would manage the trust fund. The balance, RM16.5 million, would be handed to the law firm that represented them. The firm would deduct all legal expenses, which was agreed to be RM500,000, then return the rest to the Orang Asli.

But 9 months after that, the Orang Asli had only received a payout of RM2,500, and RM100 per month for 9 months. Only after they complained to their lawyer did they receive the promised monthly payment of RM900.

There was still the question of the extra RM16 million minus legal fees, which was never returned to them. Turns out, the Orang Asli weren’t aware of the details of the court judgement. They did not know that S Kanawagi was given the money to cover legal fees, and that he had to return the balance to them.

They only found out about it 4 years later, in 2004. Representatives from the Center for Orang Asli Concerns (COAC), who had went to the Orang Asli’s village, explained the full judgement to them.

They tried to talk to the lawyer about their concerns, and had even made a police report. But the missing funds were never returned, nor did the lawyer explain what happened to it. Five years later, in 2009, they opened a case to get back their money from S Kanawagi.

The lawyer bought 57 apartments with the trust fund money

The case started in 2009 in Johor Bahru, and the first judgement was only given in 2016 in the Ipoh High Court, as the judge for the case was transferred there. It also took one appeal, and one failed appeal from the defendants, before the final judgement was given.

During the investigation into the misuse of money, they found out what happened to the RM16.5 million. The law firm, Khana & Co had paid itself RM16.5 million in legal fees, including two other lawyers and a foreign consultant. Money was also taken from the trust by S Kanawagi. He used it to buy 27 apartments which cost RM20.7 million. The apartments were then rented out, and the proceeds were then used to buy 30 more apartments.

In 2016 at the Ipoh High Court, it was decided that S Kanawagi had misused the Orang Asli’s trust fund money. He was found liable along with his son K. Dinesh, two tok batins, and the legal firm Khana & Co. They were ordered to pay RM37 million to the Orang Asli tribe. The 57 apartments would also be handed over to the Linggiu Valley Trust Fund.

S Kanawagi and the other defendants appealed the decision. Due to the high stakes of the case, S. Kanawagi had nearly 20 lawyers representing him in court, compared to 7 on the side of the Orang Asli.

But the numbers did not matter. In 2019, the Court of Appeal decided, and it was not in his favour. They ruled that he and the other defendants were liable for misusing the funds. However, unlike the previous judgement, the court decided that the payment did not have to be RM37 million.

The amount that had to be returned would first have to be audited and calculated, and that amount would then be returned to the Orang Asli.

So after 11 long years, in August 2020, the court made a final decision: the defendants were found to have misused the Orang Asli’s funds, and would need to pay the judgement sum of RM32 million, and the 57 apartments would be given to the Linggiu Valley Trust Fund.

The Orang Asli won back their money

Since 2019, the Orang Asli trust fund has been managed by RHB Trustees. Last year, the Orang Asli were paid RM30,000, and their monthly contribution was increased from RM900 to RM1,200.

Lawyer G Ragumaren, who represented the Orang Asli, said that they will now take steps to recover the judgement sum, as well as the 57 apartments. The properties are now said to be valued between RM15 – RM 20 million.

And in five years, the trust will finally expire. When that happens, the money will be distributed fully to the Orang Asli, hopefully this time without any missing funds turning into apartments.

And the lawyer, S. Kanawagi? He has been barred from practicing law.