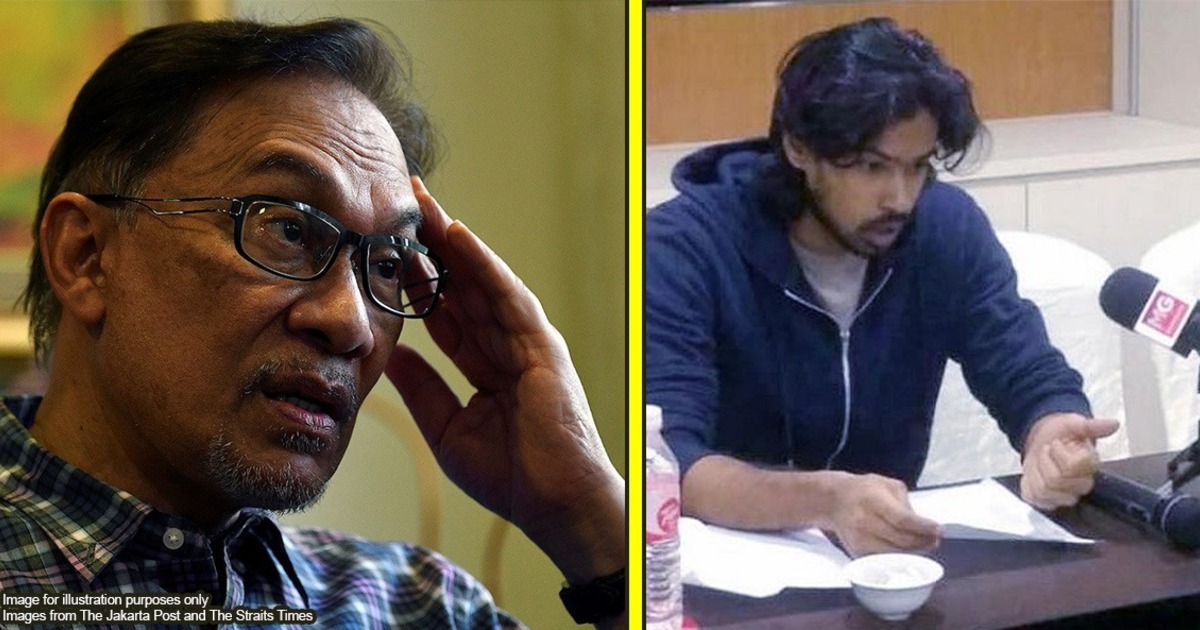 Can lie detector results of Anwar's accuser be used as evidence in court?

In crime movies, if the police manage to arrest the suspect, you would most likely see him being interrogated after that. When the suspect doesn’t want to confess or share any information, the police might have to find other ways to get them to talk. Or, the suspect might deny the crime but the police need to ensure that he’s telling the truth.

In some movies like these, the police would have to use a lie detector to see if the suspect is lying or being honest. He will be asked questions while attached to a lie detector machine that records these answers. If you haven’t seen one, this is what a lie detector (also known as a polygraph) looks like:

Earlier this week, Anwar Ibrahim’s former research assistant, Yusoff Rawther, had taken a lie detector test. Yusoff had filed a police report some time back stating that Anwar had sexually assaulted him in October 2018. To further back up the claims in his police report, he underwent the test.

Thus far, lie detector results have been used to help in police investigations. But, can these results be used as evidence in court? Before that, let’s take a look the criteria needed for evidence to be accepted.

Evidence needs to be credible

You might think that courts would be happy to accept any evidence presented to them if it would help them decide on a case in a more efficient way. But this actually isn’t true.

There’s a whole statute (set of laws) that govern the subject of evidence in Malaysia. Under these laws, we can find that not everything presented in court can count as evidence. Section 5 of the Evidence Act 1950 states:

Evidence may be given in any suit or proceeding of the existence or non-existence of every fact in issue and of such other facts as are hereinafter declared to be relevant, and of no others.

This sentence above might look super confusing to you, but it simply means this: Evidence accepted by courts must be actual facts about the incident AND it has to be relevant to the case.

For example, say you are a witness of a crime and you’re giving evidence in court. When recalling the details of the crime, you cannot exaggerate or change the facts of the incident. You would tell it as it is, and this can be proven by a CCTV recording or something the suspect left on the crime scene.

You would also have to give evidence that is relevant to the case at hand. You would not be talking about what you were planning to have for breakfast that morning. You might, however, explain why you were near the crime scene that day.

Evidence can be given in many forms, such as a confession, a statement, a document and so on. But for it to be accepted as credible evidence by a court, it would have to satisfy the criteria stated above.

So, can the results of a lie detector be counted as credible evidence?

The law doesn’t really say anything about this

Lie detector results are printed as graphs and this may be considered as physical evidence that is in the form of a document. For those of you who don’t know, lie detectors or polygraphs monitor changes in your heart beat, breathing and even perspiration rates. An increase or spike on any of these are meant to show nervousness which in turn, may point to guilt. But this is exactly the problem with it.

While lie detectors have helped pinpoint criminals and complete investigations, there’s also a huge risk in assuming that if someone is nervous, they are guilty. A person can be nervous for various reasons and many studies have shown that lie detectors don’t really detect lies. They merely record changes in your body and behaviour and while this can help substantiate a claim that someone is or isn’t guilty, it cannot be solid evidence that the person is indeed guilty.

On the other hand, just because there isn’t a spike or change in the readings, it doesn’t mean that someone is innocent. People have been able to manipulate a lie detector and so, lie detector results aren’t the best way to prove guilt or a lack of it.

This is the reason that Malaysian courts have yet to allow lie detector results as evidence in court. This isn’t to say that they would totally refuse to accept it, but whether or not they want to is at their discretion.

Although Yusoff Rawther was willing to take the lie detector test, his own lawyer said that Yusoff is aware that the results may not be used as evidence.

Yusoff is also fully aware that similar to other forensic tests, there are no specific provisions of law which provide for the conduct of polygraph tests in criminal investigations, but believes that the availability of such technology within our jurisdiction should be put to use in this investigation to support his allegation, independent from the voluntary statutory declaration which he affirmed on Nov 19, 2019,

So, even though there are no laws for now that state a court should or shouldn’t allow lie detector results during a trial, there is a chance that they might allow if the need arises or it is vital to the case.

Although the current stance is that lie detectors aren’t solid evidence to be used in court, as mentioned above, the court can chose to accept it for a particular case if it sees fit.

But that isn’t all. In October 2018, our Chief Justice, Tengku Maimum said several petitions/ proposals have been made to change the stand Malaysian law has on this matter. Studies have also been conducted to see whether lie detector results can be used as credible evidence in Malaysian courts and how this might change our current laws.

While most legal systems around the world don’t easily admit lie detector results and some completely don’t accept them, some countries do think they are good enough to be used as evidence. Whether Malaysia will soon be on this list depends on what the legal arm of our government decides is best for the law of evidence in our country.