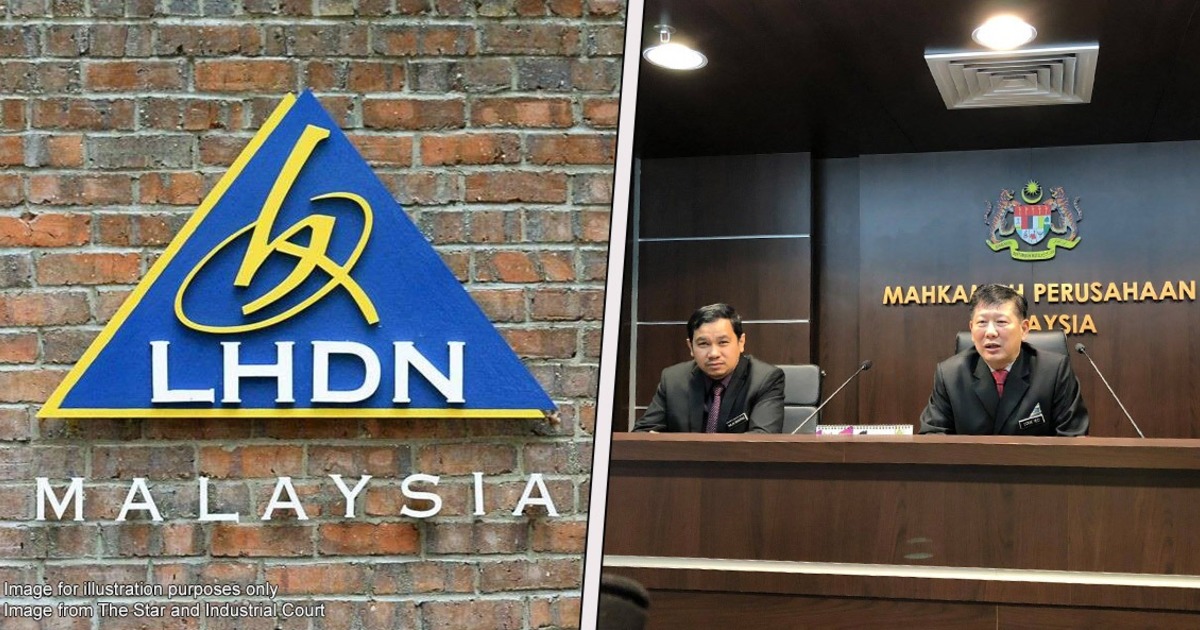 If you sue your company and win money from the case, can LHDN tax you for it?

Winning court cases can be great. Not only can justice be served, in some cases you’ll even be awarded a good amount of money, courtesy of the party that wronged you.

In some cases, a really good amount of money. Recently, we wrote about an employee who was awarded RM1.13 million, after the Industrial Court found her employer guilty of wrongfully dismissing her. Like good, tax paying citizens, after congratulating her on her deserved win, some of us thought: Wait, do you need to pay tax on that money?

We did some research, and what we found out is that in some cases, you still can’t escape the tax man.

When you’re awarded money by the court, we might think that it’s just payment for damages or compensation. But to LHDN, that money isn’t seen as such. Rather, they’ll see why were you paid that money, and what was the case about.

So in short: it depends.

Let’s give a quick example. Suppose you were running a shoe company. A client orders 1000 pairs of your shoes, which you promptly delivered. However, when it comes to payment time, your client tells you they can’t pay it, because they’re bankrupt. To solve this, you go to court, and the court takes over your clients property, sells it, then gives the money to you. In this case, the money you received is taxable, as that is your payment (trade receivables) for delivering your goods.

But there are situations where you can’t get taxed. Imagine you had a really nice piece of land, which was taken by the government through a court order, so they can build the new MRT line over it. But you weren’t left stranded, as you were given a hefty compensation by the government. In this case, the money earned through that compensation isn’t taxable. This is because you weren’t selling it willingly to a buyer and profiting. Rather, it was a compulsory acquisition. So because it’s not a sale, you can’t be taxed.

(FYI: A similar scenario actually happened in a court case in Penang, to determine whether someone needed to pay taxes on his compensation money after his land was acquired by the government)

So in general, you need to identify the nature of the case, to know whether the court award is taxable. But now, let’s get more specific...

A court award isn’t a gift (according to LHDN)

For compensation money earned by employees wrongfully fired, LHDN has already made a specific ruling for it on how it can be taxed. The ruling is called the Compensation For Loss of Employment, Public Ruling No. 1/2012. Inside, it lists a few different scenarios, as well as certain difference tax exemptions if you worked with your employer before 2008. But we’ll give you a simple version to get an idea of how it works.

Under the Income Tax Act 1967, compensation from loss of employment is included as gross income from employment. This is stated under Section 13(1)(e):

any amount received by the employee, whether before or after his employment ceases, by way of compensation for loss of the employment...

So that means that sadly, yes, compensation money earned from court cases for loss of employment is taxable. However, there is an exception: if the employee lost their job due to ill health. Under Schedule 16(15) in the Income Tax Act, it’s stated that the compensation payment will be tax exempted:

if the Director General is satisfied that the payment is made on account of loss of employment due to ill-health;

For this case, you would need your health condition to be certified in writing by a medical board. That letter would then have to be sent to the Director General of LHDN.

Now that we know that, let’s see how much you will be taxed for it.

You can get RM10,000 exemption per year of service

It’s pretty straightforward. For each completed year of service you worked with your employer, you will be given a tax exemption of RM10,000. That total amount will then be deducted from the total compensation amount. Whatever is left, will then be income that can be taxed.

Let’s have a quick example. Suppose you worked with your company from January 2015 to January 2020. You were also given a compensation of RM120,000 by the court. It would look like this:

Do note that the amount of RM10,000 will only be for the year 2008 onwards. Working years before that will be given a slightly lower tax exemption.

But even after knowing this, it’s still best that you...

Check with the tax man

As you can see, whether or not your compensation is taxable can be a tricky subject. So it’s still best for you to check with LHDN or even your friendly local accountant friend. After all, avoiding taxes is a crime in Malaysia, even if you don’t know you’re doing it. Winning one court case might just lead you going to court for another.