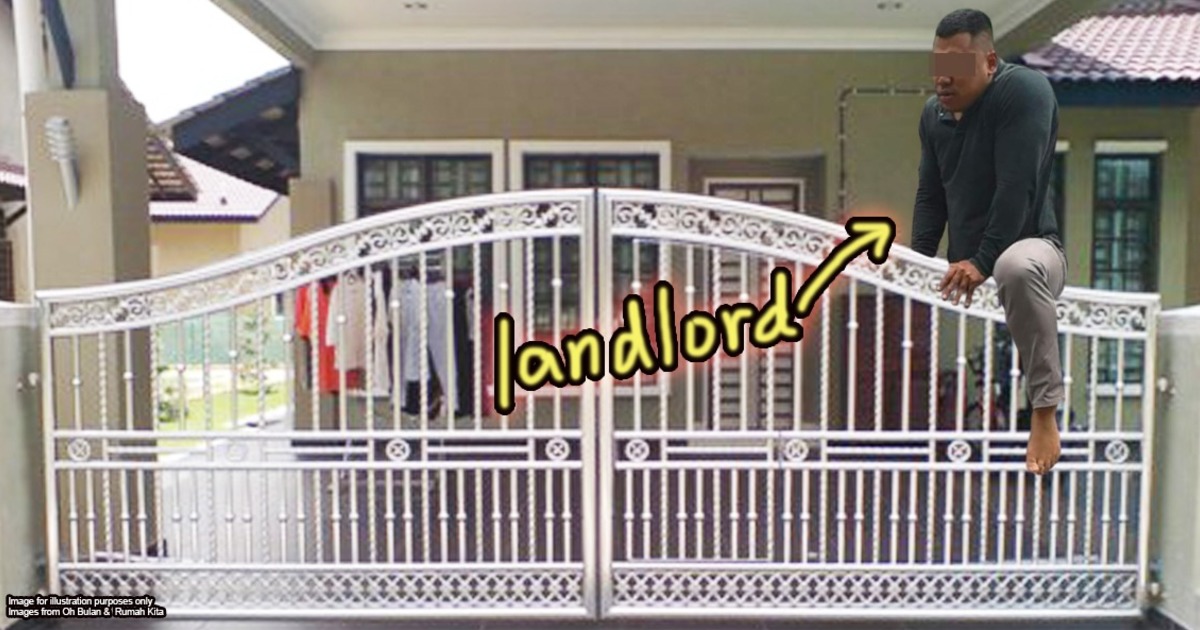 5 ways Malaysian landlords could be breaking the law

Despite tenancies being common, up until now, there isn’t a specific law in Malaysia for landlords and tenants. There have been talks of a new tenancy Act, but it’s currently still in the works.

For now, because there are no tenancy laws in black and white, it can be hard to tell what exactly the rights and responsibilities of landlords and tenants are. But the good thing is that some parts of other laws—such as contract law and property law—can be applied to tenancies. Based on these various laws, in this article, we’ll look at some obligations that landlords should fulfill.

It’ll be an incredibly long list if we’re going to talk about all the things both landlords and tenants should do. So for now, we’ll only be focusing only on landlords.

1. Entering their own property...while the tenant lives there

No, you didn’t read that wrong.

As crazy as this may sound, landlords can actually get in trouble for forcefully entering the property while the tenant is occupying it. A landlord who does this is said to have trespassed the property. Trespassing means entering someone’s land or property without their permission. At this point you might be thinking: Wait, it’s the landlord’s land, so how can this be trespass?

While the house does legally belong to the landlord, the tenant has the right to live there. So, while a person can legally own a house, someone else might have the right to possess the house. This is especially the case if the tenant has been paying rent to stay in that place. But even if the tenant has not been paying their rent and the landlord wants to break in, this will still be counted as trespass. In fact, this is exactly what happened in the case of Abdul Muthalib Hassan v. Maimoon Hj. Abd. Wahid [1992]. In this case, the landlord had broken the lock to the door to enter his property as the tenant was not paying the rent. The court actually said that it was illegal for the landlord to enter the property just like that.

And if you’re wondering what else you can do to get your unpaid rent, know that there are other legal ways to do it, such as applying for a writ of distress. This is basically a petition in court for the tenant’s property to be seized, so that they will have to pay up.

[READ MORE: If tenants don't pay rent, what can Malaysian landlords do?]

But just so you know, it’s not trespass if the landlord enters the house to oversee a repair or to just make sure it’s in good condition. This would be totally fine because the landlord wouldn’t be forcefully entering the home without the tenant’s knowledge or permission.

If you weren’t already aware of this, any income that you get has to be declared when filing for taxes. While the Income Tax Act 1967 itself does not specifically mention rent as income that can be taxed, Lembaga Hasil Dalam Negeri (LHDN), or the Inland Revenue Board has mentioned that it does.

And under Section 113 of  the Income Tax Act, it’s a serious offence to not declare the types of income that have been listed by LHDN, if those incomes are applicable to you. It says:

(1) Any person who— (a) makes an incorrect return by omitting or understating any income...of himself or another person; or
(b) gives any incorrect information in relation to any matter affecting his own chargeability to tax or the chargeability to tax of any other person, shall...be guilty of an offence and shall, on conviction, be liable to a fine of not less than one thousand ringgit and not more than ten thousand ringgit and shall pay a special penalty of double the amount of tax which has been undercharged...

The section is pretty wordy, but it basically says: If you don’t declare your income correctly, you can be fined anywhere between RM1,000-RM10,000. Besides this, there’ll also be a ‘special penalty’ that’s double the amount of tax you should have paid.

The taxes will usually need to be paid every February or August.

Similar to the previous point, the penalty for not paying the tax would be a fine. But it’s a little different in this case as here, the Local Government Act 1976 comes into play. Specifically, Sections 147 and 148 tell us what happens if someone fails pay the tax. They’re two very long sections, so we’ll just summarise it for you: If anyone fails to pay the taxes by February or August, the sum they owe will be counted as an ‘arrear’—basically, money that should have been paid earlier. If the a homeowner or landlord refuses to pay the arrears, the Majlis Perbandaran has the right to seal the house and even remove property from it.

This one only applies to strata properties, which if you remember, are condos, apartments, gated properties and so on. If you live in one, you probably already know that the managements in these properties would collect a maintenance fee. Under Section 25(1) of the Strata Management Act 2013, homeowners or landlords are the ones who have to pay this fee:

“Each purchaser shall pay the Charges, and contribution to the sinking fund, in respect of his parcel to the joint management body for the maintenance and management of the buildings or lands intended for subdivisions into parcels and the common property in a development area”

5. Not having a proper tenancy agreement

Tenancy agreements are basically contracts between landlords and tenants, and it will highlight their main duties and responsibilities towards each other. But remember we said that there isn’t a specific law for landlords and tenants in Malaysia? Because of this, having a tenancy agreement isn’t really a requirement under the law. But it’s still good to have one, because you will have stronger rights if a problem were to crop up. Without an agreement, a landlord could evade taking care of a problem, or a tenant could run off after damaging the home.

So to avoid issues like these, it’s best to have a simple tenancy agreement. If you’re a landlord and you’re thinking of getting one done now, get in touch with a lawyer to draft it. Once that’s done, sign it with your tenant. Then, take it to the nearest Lembaga Hasil Dalam Negeri (LHDN) branch to be stamped, otherwise the agreement will not be valid.