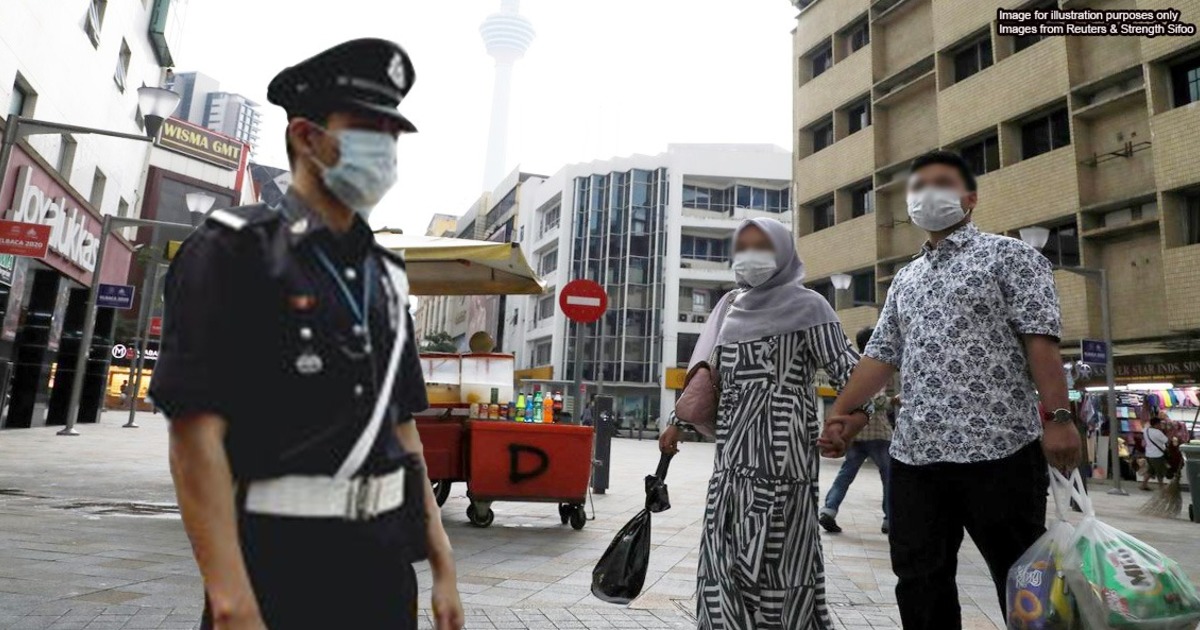 Covid-19: the one thing that just about every person has been talking about. And in the last two weeks, we’ve seen a high spike in cases in Malaysia. So to help curb the spread of the virus, two days ago, on March 16th 2020, the Prime Minister announced a two-week movement restriction/control order. This order takes effect from today, March 18th until March 31st 2020.

Malaysians have been asked to stay home and only go out for necessary supplies or emergencies. Mass gatherings have also been asked to be cancelled (more on this later) and learning institutions as well as offices, except for those providing essential services, have been ordered to close.

It has only been a few hours since the order took effect and we’ve already been seeing news articles on how people are still gathering at eateries and even returning to their hometowns, causing massive traffic jams. Many of us are angrily calling these people out, but how do we know exactly what we can and cannot do in the next two weeks?

It’s not a lockdown

Countries that are currently under lockdown, such as Italy require people to stay indoors at all times and produce a permission slip from the police each time they go out. In contrast, the movement restriction order isn’t as strict. We are supposed to stay indoors, but we’re allowed to go to nearby places for food and medical supplies. And as mentioned above, certain sectors are still allowed to work.

By the way this looks, what we’re going through isn’t as serious as a complete lockdown and it seems as if we are allowed to move around to a certain extent. But… there are still are some rules that we need to follow. So, besides going out to buy essential items, what else can we do?

Before the order came into effect, people started making their way back to their hometowns the day before, as there was no specific prohibition against moving within the country. Together with higher learning institutions that paused all classes, some student dorms within these institutions also shut down, forcing students from other states to go back to their families.

So, while we were advised against travelling within the country, PDRM did allow for it when necessary. Whoever needed to go back just had to get permission from the nearest balai polis. But this caused an influx of people at each station, and PDRM couldn’t keep up with it. This then lead to them removing the requirement for people to get permission before leaving their states, and more and more people started moving about.

Then on 18th March 2020, the government released some new regulations made by the Health Minister (we’ll discuss this later). Under these new regulations, it was decided once and for all that interstate travel is totally not allowed, except in these circumstances:

No mamak sessions, no crowds at weddings & funerals

Going out to eat alone may seem harmless, right? Well, not for the next two weeks. Kementerian Kesihatan Malaysia released a list of Frequently Asked Questions (FAQs) that can give us an insight into what is and isn’t allowed during this control order.

According to the FAQs, restaurants are allowed to operate as usual, but only for takeaways. Meaning, you’re not allowed to sit there and eat, but you can tapau back home. Alternatively, you can have your food delivered to your doorstep via delivery services such as GrabFood and FoodPanda. As we mentioned earlier, hours after the control order came into place, many Malaysians were still seen eating in restaurants and coffee shops. If caught, they would also face punishment for going against the control order.

The FAQs also cover important functions and gatherings and how to go about them. For weddings, small ceremonies among immediate family members are allowed. However, wedding receptions, as they typically would have a large number of guests, are prohibited.

Funerals are painful events, but there are restrictions on these too. If the deceased was not someone who contracted Covid-19, only close family members are allowed. For Muslims, a few members of the mosque or surau can help with the funeral. But if the deceased with a victim of Covid-19, sadly, there will be no funeral, and the body will be disposed of by authorized personnel.

But now the question is, what happens if we go against any of these rules that have been set?

You can be fined or jailed for going against the order

The movement control order itself actually comes from a law that is 53 years old, so it didn’t just spring up overnight. The Police Act of 1967 states that the police can order Malaysians to stay indoors if needed. Section 31 of this Act reads:

(1) A Commissioner or a Chief Police Officer may, if he considers it necessary in the interest of the security of Malaysia or any part thereof or public order, by order require, subject to such conditions or exemptions as he may deem expedient... to remain within doors between such hours as may be specified therein;

So, if it’s in public interest and safety, PDRM has the right to ask everyone to stay indoors… but that very same section goes on to say:

(4) No order made under subsection (1) shall remain in force for more than twenty-four hours from the making thereof:

This sounds like we’re only supposed to stay indoors for just a day, right? Besides, it was the Prime Minister who made the order. So, why is PDRM in the picture? Well, this part of the law comes with a disclaimer, and it says:

Basically, the Minister has the power to extend the order up to 14 days, and even beyond that if necessary. The police’s role here would be to enforce the order and ensure that it is followed. So, now we know where the order came from. But what happens if we actually go against it?

The Prevention and Control of Infectious Diseases Act of 1988 is a set of laws that tells us what measures can be taken during a pandemic, and what happens if we break any order made during that time. Section 24 of this Act states that the penalty for this would be a fine and two years of jail for the first time you go against the order, a fine and five years of jail for the second time, and a heftier fine for any subsequent breach.

But the government has issued a new set of laws specifically for Covid-19, known as the Prevention and Control of Infectious Diseases (Measures Within The Infected Local Areas) Regulations 2020. And under these regulations, anyone who goes against a movement control order can be jailed up to 6 months, fined RM1,000 or both.

So, make sure to do your part by following these rules closely, and also look out for any new updates that may be issued by the government from time to time.