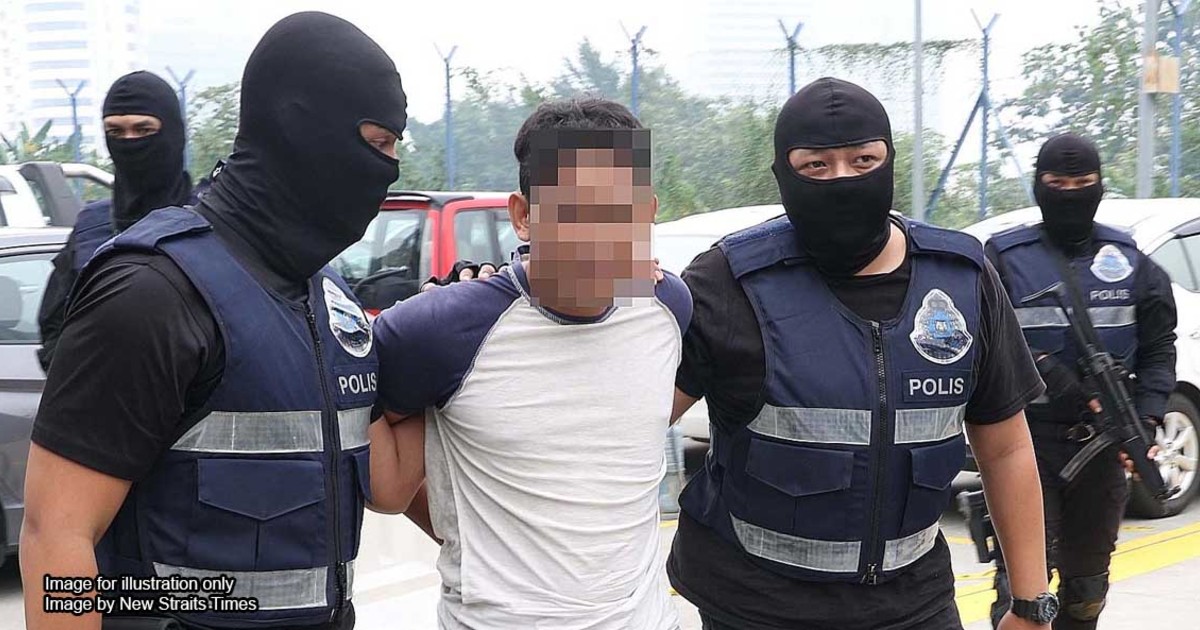 Can you be detained without trial in Malaysia even with the ISA repealed?

Under normal circumstances, when the police arrests you without a warrant, you must be brought before a magistrate without unnecessary delay and police detention of the arrested person is limited to 24 hours. This is why the Internal Security Act 1960 (ISA) was so notorious, because it allowed detention without trial.

What is a detention without trial? It is when a person is put in a state of confinement, for example in prison, without being trialed first. How it generally works is: the police arrests you, puts you in detention, and if they think there are things to investigate concerning you, they go through certain procedures to prolong your detention. The thing about detention without trials is that the powers conferred by such laws are so wide that they are open to abuse.

Detention without trial also violates many international human rights laws and guidelines, one of them being the United Nations Universal Declaration of Human Rights.

[READ MORE: Can the PDRM enter a house without a warrant?]

Currently, some of the laws that allow for detentions without trial are:

With that being said, let’s take a look into the Acts themselves.

We’ll start with the POCA 1959. POCA was enacted to, as the name of the Act, suggests, prevent crime. Section 3(1) gives the PDRM power to arrest a person without a warrant if the police officer doing the arrest believes there is a reason to hold an inquiry against said person.

3. (1) A police officer may, without a warrant, arrest any person if he has reason to believe that grounds exist which would justify the holding of an inquiry into the case of that person under this Act.

The arrested individual can also be detained up to 60 days with the approval of senior police officers.

7. (b) in any other case, on the application of a police officer may direct his release subject to—

(i) the execution by the person of a bond, with or without sureties, for his due appearance at such place and at such time and within such period not exceeding fifty-nine days, as the Sessions Court Judge may direct; or

After the 60-day detention, detainees have to be brought before the Prevention of Crime Board. The Board will then either discharge the detainee, subject him to house arrest and electronic monitoring (otherwise known as tagging), or serve a two-year detention that can be renewed indefinitely by the Board. Yes, that means you can theoretically spend your whole life doing the two-year detention over and over.

Has this Act been used to detain someone? Absolutely. Earlier this year in February, Ang Kian Kok was arrested by police officers from Ibu Pejabat Daerah Klang Utara (Northern Klang Police Headquarters) for being in a vehicle suspected to have been used in a robbery.

SOSMA 2012 was pushed out soon after ISA was repealed. SOSMA was created to replace the ISA, in that the focus of the law is to protect national security. SOSMA allows the arrest without warrant of people who the police officer has reason to believe to be involved in “security offences”. What are “security offences”? The First Schedule of SOSMA defines what “security offences” are:

These include offences against the state, like waging war against the Yang di-Pertuan Agong, espionage, terrorism, et cetera. How long can a person be detained under SOSMA 2012?

Notwithstanding subsection (4), a police officer of or above the rank of Superintendent of Police may extend the period of detention for a period of not more than twenty-eight days, for the purpose of investigation

In comparison, SOSMA only allows 28 days of detention compared to the ISA, which allowed a 60-day detention followed by possible extensions. However, there is a caveat. Section 5(2) allows a police officer of the rank of Superintendent and above to authorize a delay of up to 48 hours for a detainee to notify their family that they’ve been arrested, or to seek legal help. That means that a person cannot, in that time, call their family, or call a lawyer for legal help.

Aside from that section 13(1) states that persons who are charged with a “security offence” are not bailable. What is “bail”? A bail is the temporary release of an accused person who is awaiting trial. There is usually a sum of money to be paid to guarantee their appearance at the court at a later date.

SOSMA has been used in a few cases, one of them being the arrests of Turkish nationals Turgay Karaman and Ihsan Aslan, for being wanted in Turkey for being suspected of involvement with the Fetullah Terrorist Organization. It has also been used to cripple a triad, Gang 24, in Penang.

POTA 2015 was enacted in the wake of the mobilization of terrorist groups, one of them being IS, to combat terrorist activity. POTA is in some ways similar to the POCA 1959 in that it allows the police to arrest person who they believe require an inquiry to be held into the case of the person.

3. (1) A police officer may without a warrant arrest any person if he has reason to believe that grounds exist which would justify the holding of an inquiry into the case of that person under this Act

Under POTA, individuals detained can be remanded for 21 days after the initial 24 hours’ detention with a statement in writing by a police officer not below the rank of inspector, under section 4(1).

4. (1) Whenever any person taken before a Magistrate under subsection 3(3), the Magistrate shall –

(a) on production of a statement in writing signed by a police officer not below the rank of Inspector stating that there are grounds for believing that the name of the person who is engaged in the commission or support of terrorist acts... remand the person in police custody for a period of twenty-one days;

That’s not all. You can be held for a further 38 days with:

4. (2) Any person remanded under paragraph 1(a) shall, unless sooner released, on or before the expiry of the period for which he is remanded, be taken before a Magistrate, who shall –

(i) a statement in writing signed by the Public Prosecutor stating that in his opinion sufficient evidence exists to justify the holding of an inquiry under section 10; and

(ii) a statement in writing signed by a police officer not below the rank of Assistant Superintendent stating that it is intended to hold an inquiry into the case of that person under section 10,

order the person to be remanded in custody for a period of thirty-eight days;

All the above time of detention, including the extensions, amount to 60 days, the same as in POCA 1959. After this initial remand of 60 days, the Prevention of Terrorism Board can decide to, if they are satisfied that the person has been or is engaged in terrorist activity, direct that the person be detained for 2 years, under section 13(1)(b), or a restriction order up to 5 years under section 13(3).

Failure to comply with the restriction order will net a person imprisonment of up to 10 years.

On Oct 6 2017 the PDRM have arrested 45 people for suspicion of being foreign terrorists. The IGP said that they were suspected of being members of various terrorist groups worldwide.

The DDA 1985 is not to be confused with DDR, a rhythm and dance video game that was hugely popular in the 90s.

Enacted to provide preventative measures to drug trafficking, the DDA allows a police officer to detain a person for up to 60 days without a warrant. This is stated in section 3(2):

(2) Any person arrested and detained under this section may be detained in police custody for a period not exceeding sixty days without an order of detention having been made in respect of him under subsection 6(1):

After the first 30 days, the Home Ministry may extend the period of detention to 2 years:

6. (1) Whenever the Minister, after considering—

The DDA has been used to arrest “masterminds” and financiers of drug syndicates, in this example in Perak. At the time of the report, it was quoted that 139 people were arrested under the DDA.

What about your right to notify your next-of-kin and receive legal assistance?

When you are detained without trial, your rights are pretty restricted. Even your right to notify your next-of-kin and get legal counsel may be limited. For example, under SOSMA section 5(2):

(2) A police officer not below the rank of Superintendent of Police may authorize a delay of not more than forty-eight hours for the consultation under paragraph (1)(b)...

Basically, a police officer of the rank of Superintendent and above may delay your right of seeing or notifying your next-of-kin when you get detained. The police have pretty wide discretionary powers to delay this right of seeing or notifying your next-of-kin, and your right to legal counsel. Ostensibly the aim of these sorts of power-conferring laws is to accommodate and facilitate police investigation into what the government considers to be “serious criminal threats”.

This restriction is also empowered by the Act itself, in that the restriction can be carried out regardless of whether it goes against Article 5 of the Federal Constitution, in regards to liberty of the person (you and I).

5 (3) This section shall have effect notwithstanding anything inconsistent with Article 5 of the Federal Constitution.

Wait, it says in the Act specifically that the section can sidestep the Federal Constitution?

What about our rights?

These situations include things like terrorism, waging war against the Yang Di-Pertuan Agong, anything that promotes hostility between races, and basically anything that threatens national security.

However, it is not without its upsides. This article by the New York Times highlights the frequency of detainees who later turn out to be terrorists are pretty high. To be fair, this has to be taken with a pinch of salt, because a system that works in the U.S. might not work here.

Having said that, the PDRM is quite adept at their jobs in these areas, namely crime prevention, counter-terrorism and mobilization of the special forces. In all probability, you will not be detained without trial if you are not involved in any acts of terrorism, the trafficking of drugs, or triad activity. If you are, though, you should be a little worried.