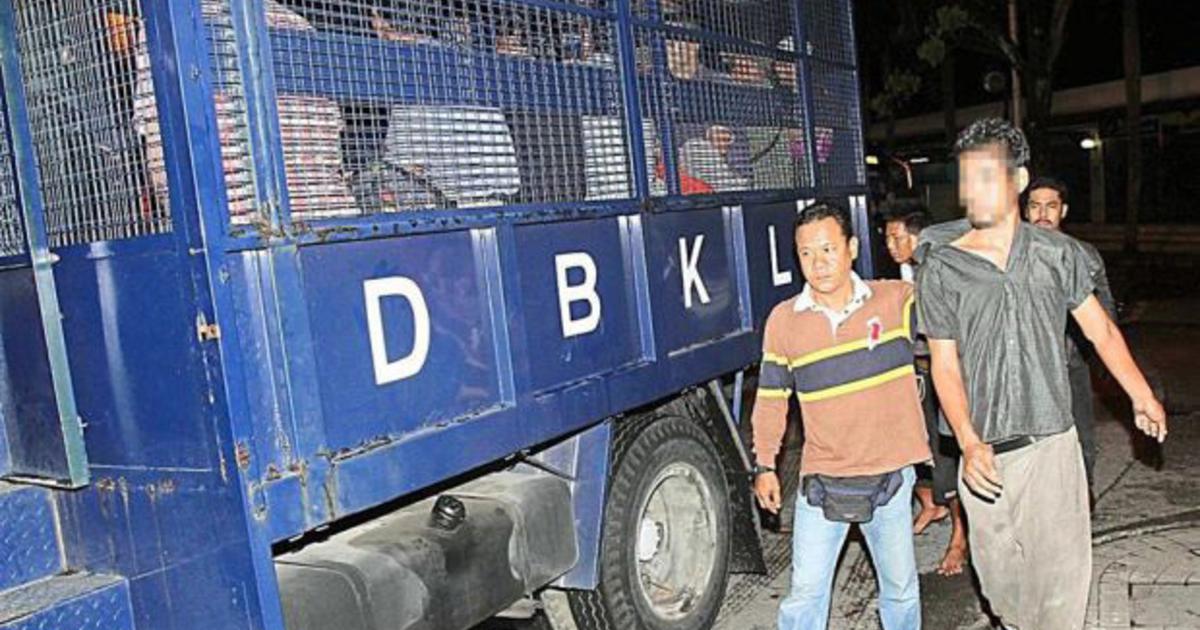 Is DBKL allowed to detain homeless people because of the SEA games?

There’s been recent news about the homeless being rounded up by DBKL to “clean up the streets of KL” ahead of the Sea Games this 19 August. But are the city authorities rounding up the homeless just to clean KL up for the sporting event? Deputy Federal Territories Minister Loga Bala Mohan explained that DBKL has been working with the Social Welfare Department (JKM) for 3 years to get the homeless to transit homes. 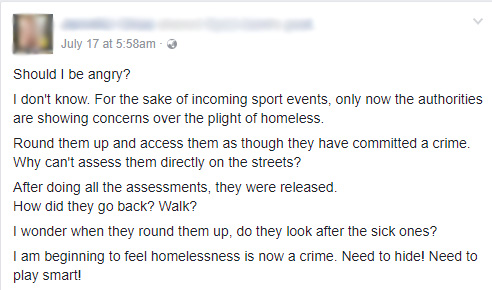 We have no idea what it’s like solving problems for the homeless, but problems with managing the homeless are not exclusive to Malaysia. Many cities worldwide have their own ways of dealing with the homeless, some rather hostile like uncomfortable benches and spikes on sidewalks. Suffice to say, it’s not a simple problem to tackle. 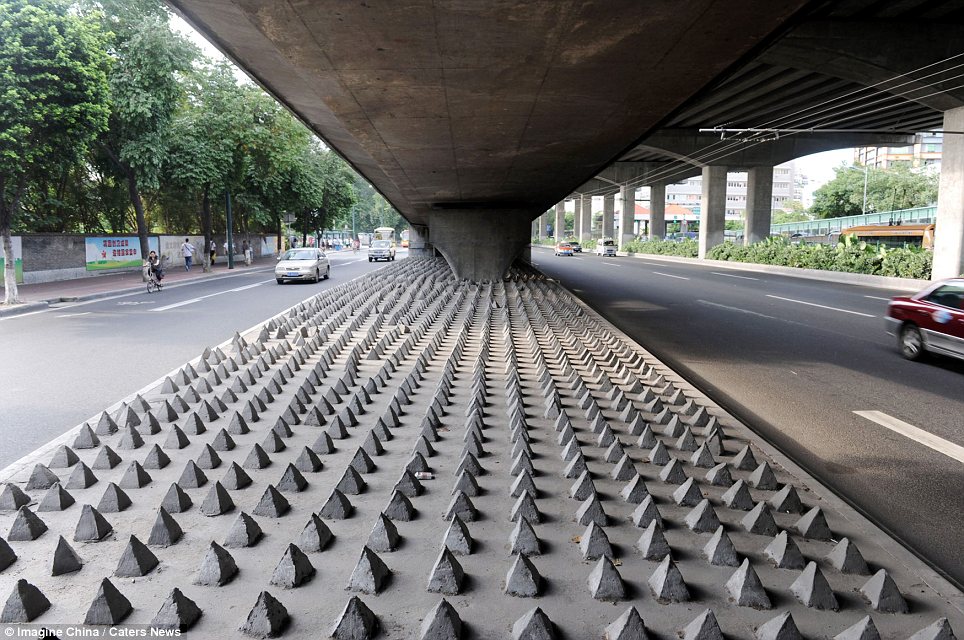 We can’t say anything about actual practice, but Malaysia has had the Destitute Persons Act 1977, which makes it compulsory for the authorities to manage the homeless. However, it also doesn’t give the homeless a choice whether they want to be helped or not.

Who is a “destitute person”?

Under the Interpretation section of the Destitute Persons Act 1977, a destitute person is:

“a) any person found begging in a public place in such a way as to cause or to be likely to cause annoyance to persons frequenting the place or otherwise to create a nuisance; or

(b) any idle person found in a public place, whether or not he is begging, who has no visible means of subsistence or place of residence or is unable to give a satisfactory account of himself;”

This means that drug addicts and illegal immigrants can be rounded up using this act. You may want to take note that busking without a permit can get you scooped up as well. This is because this is what “begging” means in law, which includes busking:

“begging” means any conduct calculated to induce the giving of alms, whether or not there is any pretence of singing, playing, performing, offering anything for sale or otherwise; 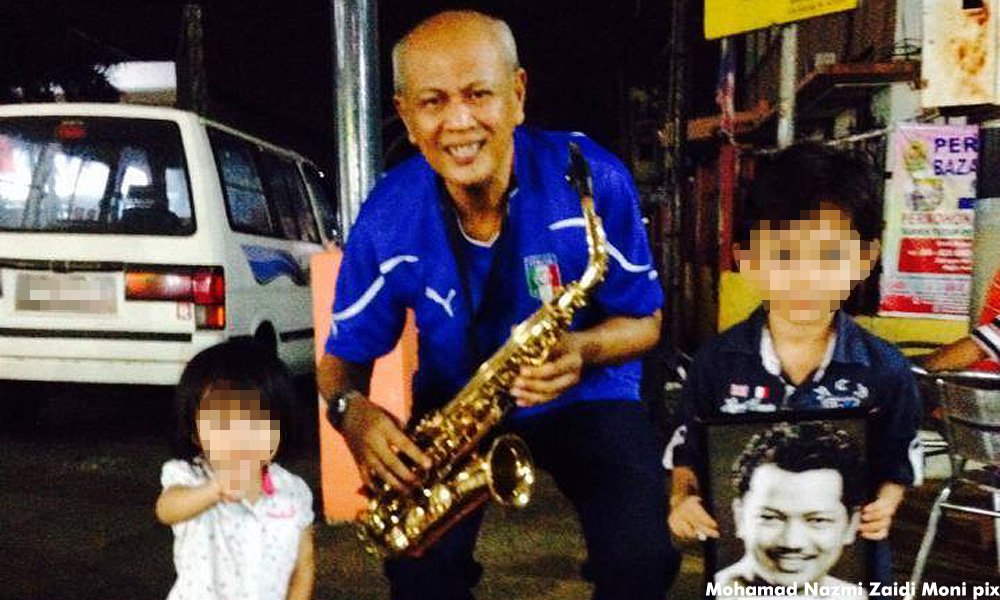 "Cikgu Man" was scooped up for "begging". Image from malaysiakini

Most developed countries have anti-begging laws to keep their streets safe, including Canada and the UK. This is because not all beggars are genuine, and many cases involve exploitation, especially of children. Also consider our local infamous blind man who regularly stands in the middle of roads, blocking traffic until he’s paid off.

What’s supposed to happen when the homeless are rounded up? Section 3 of the Destitute Persons Act provides that officers and the police can take charge of a destitute person and produced before a Magistrate court within 24 hours. Note that being homeless is not an offence in Malaysian law and the homeless are not being “arrested” so to speak.

A social welfare officer will prepare a report, pending which the person may be sent to a welfare home by the Magistrate. Homeless persons can also voluntarily enter a welfare home.

They remain there until they can support themselves

The Magistrate can require a homeless person to stay in a welfare home for up to 3 years. If the social welfare officer’s report deems so, the order can be extended for up to another 3 years.

During this time, the homeless are required to earn their keep in the welfare home, or seek suitable employment elsewhere by Section 9 of the Destitute Persons Act:

Under Section 8, once they find a way to maintain themselves, or have found someone able and willing to give them proper care and support, any homeless person can be discharged by the manager of the welfare home.

It’s actually a crime to avoid or escape welfare! 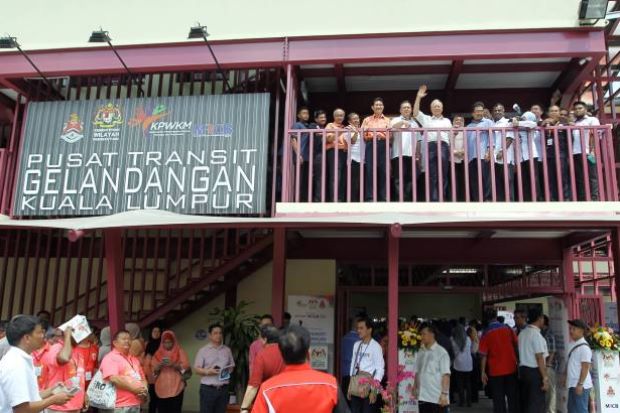 A transit home for the street folk. Image from The Star

2) escape from their officer-in-charge;

3) run away from a welfare home; or

they have now committed an offence and could be sent to prison for up to 3 months or… a welfare home (er, home sweet home?). This is provided in Section 11 of the Destitute Persons Act.

Wait, what if they have mental disorders?

It’s an attentive and valid concern. What if a homeless person is homeless because of a mental disorder and runs away from the strange officer taking them in? Not to worry, Section 10 of the Destitute Persons Act provides that:

“Any person residing in a welfare home may, if so directed by the medical officer, be sent to a hospital or other medical institution for treatment, and shall be deemed while receiving such treatment to be a resident of the welfare home.”

Furthermore, the law is understanding of their condition in this case. The Penal Code provides in Section 84 that when a person is “unsound of mind, is incapable of knowing the nature of the act, or that he is doing what is either wrong or contrary to law”, they won’t be found guilty of a crime.

Do people have the right to be homeless?

It’s nice to know that we have a welfare system for those who can’t afford a roof over their heads. Our law makes the “welfare” compulsory which is strange and some have argued that it violates the homeless’ right to freedom. It’s a law that has not been reviewed for a long time and homelessness is a little understood condition by many. Being such an old law, it has been called for review to be updated and consider the needs of homeless people.

Whether or not DBKL is making rounds recently merely for the Sea Games, they are well within their power to do so, and they’ve been doing it regularly for some time (just maybe not at the recent scale). In the meantime, if you wish to help our street friends in KL, you can reach out to various soup kitchens to learn more:

Need To Feed The Need