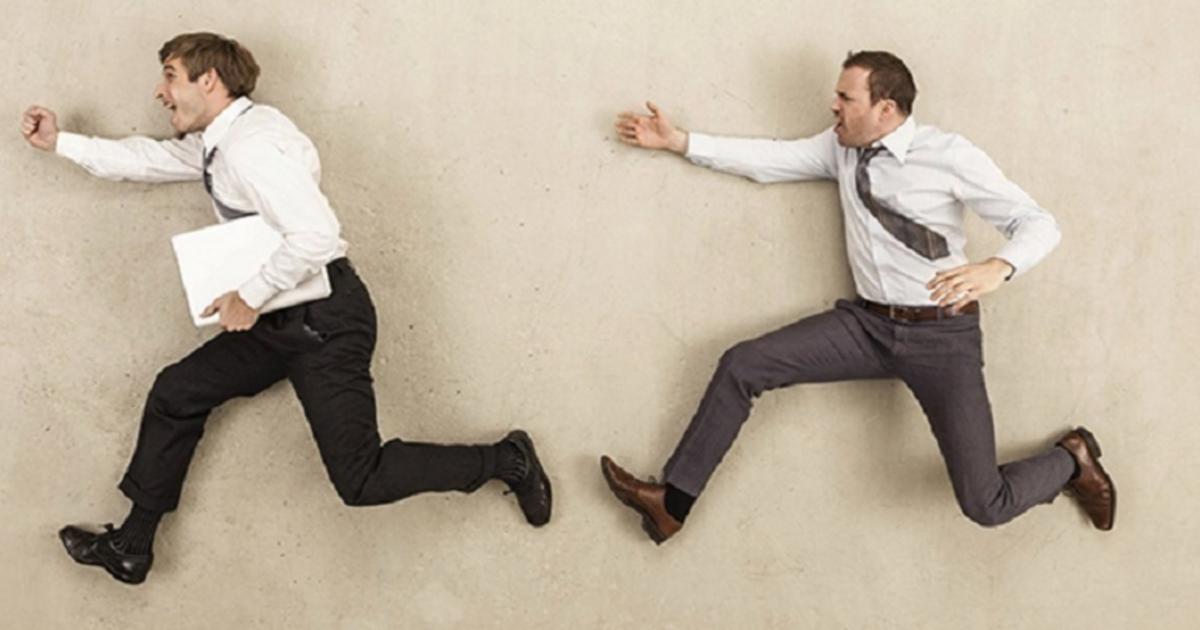 Indefinite Liability Of Guarantors For Demand Guarantees In Malaysia

Puthan Perumal from Perumal Brothers comments on section 81 of the Contracts Act 1950.

Under section 79 of the Contracts Act 1950, the person who gives a guarantee is called a surety. The term surety and the term guarantor, as it is plainly and normally used, essentially carry the same meaning in Malaysia.

In Malaysia, the principle of co-extensive liability of a surety with that of the principal debtor is embodied in Section 81 of the Contracts Act 1950.

The principle essentially recognizes the position that the liability of a surety is dependent on the existence of the liability on the part of the principal debtor as a pre-requisite. If there is none, for whatever reason, then the surety is released from his obligations as a guarantor. Again, not to be confused.

On the face of it, this principle of co-extensiveness seems to be applicable in cases involving guarantees apart from demand guarantees. Demand guarantees, however, have been treated in a different manner so as not to attract the operation of the co-extensive principle as enshrined in Section 81 of the Contracts Act 1950.

The position in Malaysia is that the cause of action, against a person who stood as a surety in a demand guarantee situation, only accrues when a demand for repayment is made to the surety.

What this implies is that a creditor can take all the time in the world to make a demand thus making the liability of the surety indefinite as he or she will never be sure when he or she will be called to make repayment, and the existence or rather the non-existence of the principal debtor’s liability plays no part whatsoever.

The danger with this concept of indefinite liability is that it seems to convert the nature of a guarantee, albeit a demand guarantee, into one of an indemnity, thus depriving the surety of the defence of limitation.

The main focus of this article is to examine the application of the principle of co-extensive liability in other jurisdictions, particularly the jurisdictions of India, Canada and Australia, in comparison with the position in Malaysia, as well as the recognition of this principle in the United Kingdom.

It is the author’s view that the Limitation Act 1953 should be amended, in all fairness, to state that in cases involving recovery of monies from a guarantor in a demand guarantee situation, the cause of action against that guarantor shall only accrue when a demand is made to the guarantor for a debt which is legally due and recoverable from the principal borrower in the first place.

If a demand is made to the guarantor when there is no debt legally due and recoverable from the principal debtor, then that should be the end of that matter and that demand cannot be valid to be enforced further.

It is hoped that the position in Malaysia as regard “indefinite liability’ would in time be cleared up by our apex court, or the legislature, so as not to leave guarantors in Malaysia hanging in mid-air without any certainty as to their liability.

A contract of guarantee dated 01.07.1993 was signed by the Surety Z undertaking to pay on demand by the Bank X from the date of Borrower Y’s default.

The only activity or transaction in the account was the drawdown which took place on 01.07.1993 and thereafter the account becomes dormant.

Bank X fails take any action to recover against Borrower Y and so on 01.07.1999, whatever debt by Borrower Y to Bank X becomes time-barred pursuant to Section 6 (1) of the Malaysian Limitation Act 1953.

It is settled law that a bank cannot recover a dormant overdraft after the period of limitation from the last advance had expired (Malaysian Federal Court case of Sim Siok Eng v Kong Ming Bank Berhad (1980) 2 MLJ 21).

Bank X makes a demand on Surety Z for the first time on 01.12.2001, some two years and five months after the principal debt was time-barred vis-a- vis Borrower Y.

Whether, under a guarantee which requires a demand as a condition precedent for the liability of a surety, such a demand could be made for the first time when the debt had become time-barred against the principle debtor/borrower?

1. Section 81 of the Malaysian Contracts Act 1950 states that the liability of a surety is co-extensive with that of the principle debtor, unless it is otherwise provided by the contract.

2. What this means is that the liability of a surety is no less or no more than that of the principal debtor. When Bank X seeks to enforce the debt against Surety Y, the surety is entitled to ask: Is Borrower X liable in the first place?

If not, Surety Y has committed no default and Bank X cannot compel Surety Y to discharge an obligation that has no existence.

3. When a demand is made by the Bank X on Surety Y as guarantor, under a guarantee which requires a demand, as a condition precedent for the liability of Surety Y, such demand should be for payment of a sum which is legally due and recoverable from the Borrower X.

If the debt had already become time-barred against Borrower X, the question of the Bank X demanding payment thereafter, for the first time, against Surety Y, as guarantor would not arise as the claim is not a ‘live’ claim.

The exact nature of the obligation owed by the guarantor to the lender depends on the construction of the contract of guarantee, but the liability of the guarantor is usually made coterminous with that of the principal debtor.

Generally speaking, if the principal debt is void or unenforceable, the contract of guarantee will likewise be void or unenforceable. Contracts of guarantee are sometimes distinguished from contracts of indemnity. In a contract of indemnity, the indemnifier assumes a primary obligation to repay the debt, and is liable regardless of the liability of the principal debtor.

The distinction between contracts of guarantee and of indemnity ought not to be overemphasised.

6. There are, however, authorities that have departed from this approach and the pronouncements therein imply or suggest that in cases involving demand guarantee, the liability of the surety is indefinite.

7. In the English Court of Appeal case of Bradford Old Bank Limited v Sutcliffe (1918)2 KB 833, it was held that there was no cause of action against the guarantor till after demand and the plea of the Statute of Limitations failed in that case.

8. In the Malaysian Federal Court case of Wee Kee Puan v OCBC Ltd (1982) 1 MLJ 64 it was similarly held, and applying the principle in the Bradford case, that the cause of action against a person who stood as a surety for an overdraft facility only accrues when a demand for repayment is made to the surety.

9 . The cases of Bradford and Wee Kee Puan seem to propound the concept of indefinite liability whereas the apex courts in other jurisdictions, such as India, Canada and Australia subscribe to the principle of co-extensiveness. However, in all fairness, the courts in the two abovementioned cases were not called to answer the question of what happens if the demand was made after the principal debt becomes time-barred.

Coming back to our hypothetical bankers and borrowers and surety, if the debt by Borrower Y to Banker X had become time-barred on 01.07.1999, applying the strict principle of co-extensiveness, likewise the demand made by Bank X on 01.12.2001 for the first time on Surety Z should not be valid or enforceable.

In an October 2009 lecture entitled “ON THE HOOK? RELEASE OF THE SURETY” by Timothy Fancourt, QC of Falcon Chambers in London (Vice-Chairman of the Chancery Bar Association ), a very interesting point was mentioned by this learned author:

“The first issue in any case where a claim is to be made against a “surety” is therefore to decide what the surety covenants mean, and to identify the nature of the claim that is to be brought against the surety.

Rather like the distinction between a licence and a tenancy, the difference between a guarantee on the one hand and a primary obligation or indemnity on the other is one of substance and not mere language.

If the substance of the contract recognizes that there is another person who is primarily liable to the creditor, and that the surety’s liability is dependent on default by that person, the contract is in substance one of guarantee, even if the phrase “as a principal debtor” appears in it.

Similarly, any so-called indemnity or on-demand liability that gives rise to a claim that is co-extensive with and dependent on the liability of the defaulting principal is likely to be a guarantee in substance.”

In the English Court of Appeal case of Stadium Finance Co v Helm (1965) 109 SJ 471, Lord Denning M.R. laid down the test to be applied in making the distinction between an indemnity and a guarantee and applied the principle of co-extensiveness in making that distinction:

“The test was whether, as between two people, one of the two was under a primary liability to perform the obligation, while the other’s obligation was secondary only. If so, it was a contract of guarantee and not of indemnity.

One always looked to see if there was a primary and secondary obligation, or two primary obligations. Clause (1) of this document was a contract of guarantee, It was something which the customer ought to pay and had not paid…the whole burden of this document was that it was a guarantee, to come into force if the principal debtor defaulted and to the extent of his default.. This being a guarantee as a whole, it was not enforceable against the guarantor, and the principle debtor was not liable because he was an infant.”

1. Although it can be argued that a demand guarantee situation is allowed in Malaysia in light of the wordings in section 81 of the Contracts Act 1950 “unless it is otherwise provided by the contract”, it is also arguable that in allowing such a demand guarantee situation to become an exception to section 81 of the Contracts Act 1950 or to the law of surety in the country, the Malaysian courts seem to have deviated from the basic principle of ‘co-extensive liability” underlying the law of surety.

2. In this regard, until there is a decision from the apex Court of Malaysia clarifying this position or even possibly an amendment to the Limitation Act 1953, the law in Malaysia appears to be that there is indefinite liability in a demand guarantee situation even if the liability of the principal borrower is no more in existence.

3. On this note, perhaps, it would be wise, in terms of social responsibility, that if financial institutions wished to overcome the principle of co-extensive liability to impose a primary obligation on its surety, such a clause should be made clear to the potential sureties, bearing in mind that most people/sureties do not intend to assume or subject themselves to principal obligations or assume the responsibility of being liable indefinitely.

If this is not made clear, essentially, it would go against all trite principles of contract law if the courts were to allow, unilaterally, a change in the intention of parties and ‘convert’ a guarantee into an indemnity.

Puthan Perumal (perumalbrothers@gmail.com) is an Advocate & Solicitor of the High Court of Malaya.