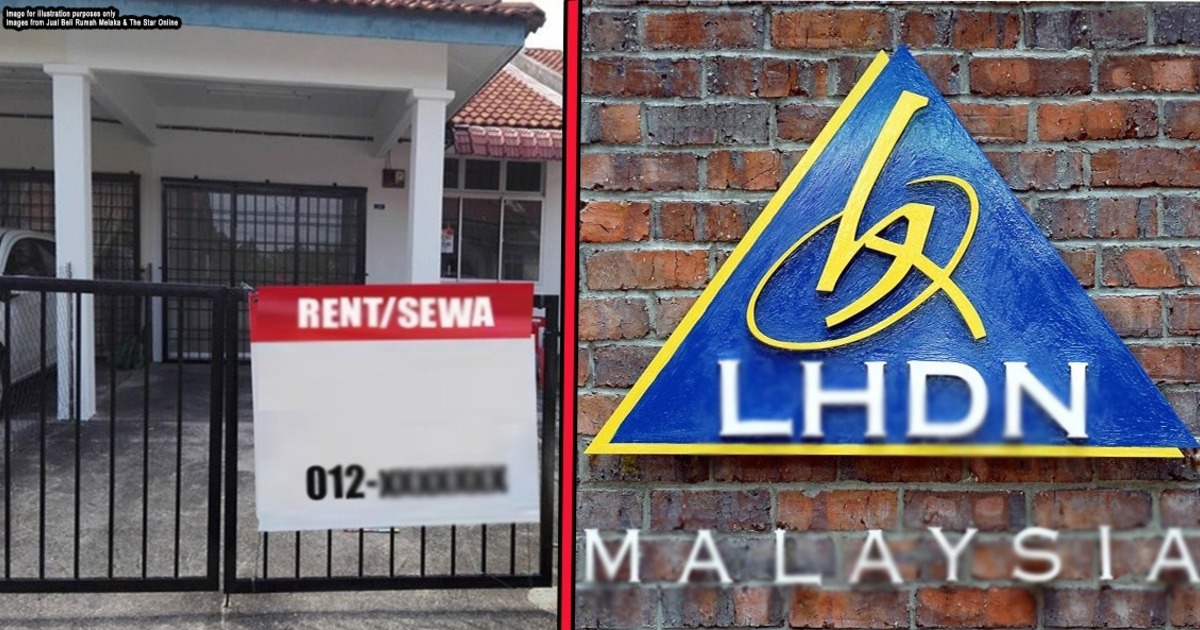 M'sian landlords may not need to declare tax on rental income. Here's how it works

Due to Covid-19, the past few months have been financially stressful for a lot of people. As many have lost their jobs and undergone massive pay cuts, the government has offered some help to make ends meet. Besides financial aid, the government has also allowed Malaysians to file their taxes a little later than the usual (the initial deadline this year was April). When the MCO first started, the Inland Revenue Board, better known as LHDN, announced that the deadline to file taxes had been extended by another 2 months—to June 30th 2020.

Besides your salary, you will also be taxed for other forms of income that you get. If you’re someone who gets an income from renting out your property, then this rental will also be included in your yearly taxable income. This has been stated in the law, and it can be found of Section 4 of the Income Tax Act 1967:

Subject to this Act, the income upon which tax is chargeable under this Act is income in respect of—
(d) rents, royalties or premiums;

We’re not going to get into the nitty-gritty of how taxes work in this article, but if you’re a landlord, you probably already know that you need to declare your rental income to LHDN. Why? Because…

Not declaring rental income is an offence

There’s a whole list of types of income that you can be taxed for, and you can find them here. Most of us would know by now that evading tax is a crime and you can be in deep trouble for it. Section 113 of the Income Tax Act states:

(1) Any person who—
(a) makes an incorrect return by omitting or understating any income of which he is required by this Act to make a return on behalf of himself or another person; or
(b) gives any incorrect information in relation to any matter affecting his own chargeability to tax or the chargeability to tax of any other person, shall...be guilty of an offence and shall, on conviction, be liable to a fine of not less than one thousand ringgit and not more than ten thousand ringgit and shall pay a special penalty of double the amount of tax which has been undercharged…

Basically, if you don’t declare the accurate amount of income you’re receiving, you’ll be fined anywhere between RM1,000-RM10,000 AND pay double the amount of tax which you had failed to pay. The rest of the section is really long and we’ve not included it here, but it goes on to say that if you are found guilty of underpaying your taxes, you can also be made to pay a different penalty. According to the rest of the section, the Director General can also just ask you to pay the amount of the tax that you’ve failed to pay. In other words, it’s a slightly less heftier penalty. But...why are we talking about penalties?

If you’re making losses, you don’t need to declare your rent

So, you’re renting out your lovely condo in Bangsar and your tenant is paying his rent on time. But, over the last few months, you’ve had to get several repairs done to the house, and you realise that you’re spending more money than you earn from the rental. If this is the case with you and you’re actually not making any profit from your rental, then you don’t actually need to declare this as an income! This is just one scenario that we’ve given you, but we’ll explain further.

Your taxable rent income is calculated on a net basis. In simpler words, it’s this equation: Monthly rent - permitted expenses = net rental income. Permitted expenses—such as repairs— are things that you need to spend on, like in the example we showed above. Other instances of permitted expenses would be insurance and quit rent/maintenance.

But let’s say you did make a bit of profit… is there still some way you can get tax relief?

If not a full exemption, you can still get other tax reliefs

In 2018, the then Finance Minister announced this exemption as a way to get more people to rent out their homes at affordable rates. In order to get this 50% exemption, you needed to meet the following criteria:

However, while the initial proposal was to keep this exemption for 3 years (2018-2020), the plan was dropped and it was only allowed for 2018 tax claims. As unfortunate as this may sound, the government has announced other tax reliefs for 2020. For instance, landlords who reduce the rent for business premises by 30% or more during the Covid-19 pandemic would be eligible for additional tax deductions. For the full list of tax reliefs available for the year 2020, click here.