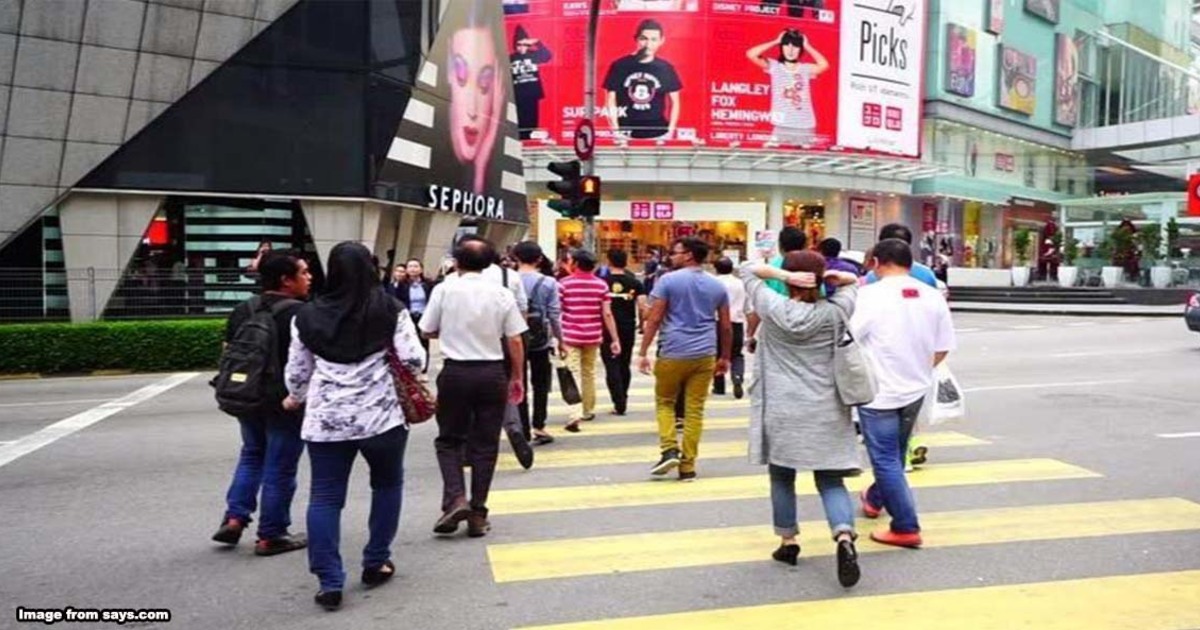 If you hit someone who's illegally crossing the road in Malaysia, who's wrong?

Don't you just hate it when a pedestrian suddenly crosses the road you're driving on, making you literally stomp on the brakes of your car?

In such an instance, numerous thoughts would probably run through your mind at the same time. One of the more pressing ones, though, would likely be this: what if your car hadn't stopped in time – and you ended up hitting the pedestrian in question?

In such a situation, it would only be natural to assume that the pedestrian is to blame for causing the accident. After all, he or she decided to cross at a random section of the road, so that’s already breaking the law, right?

In fact, in terms of pedestrians illegally crossing roads  – also known as jaywalking – the law isn’t quite as clear cut as we might think. There are actually a number of variables that come into play when an accident happens between a motorist and a pedestrian. For instance, you may be surprised to know that...

Jaywalking is only illegal in 2 scenarios...

A good way to kick-off this discussion is to understand the instances in which Malaysian laws recognise the crossing of roads as being illegal. For example, did you know that the scenario described in the opening of this article may not actually be illegal?

What may be even more shocking to you is the revelation that crossing the road is regarded as a strictly illegal act in Malaysia only when it is done in 2 specific contexts, according to the Road Transport Act 1987 (“RTA 1987”).

For starters, the Act states that a pedestrian is not allowed to cross a road if he or she does so at a spot that rests within 100 metres of a designated pedestrian crossing or overhead bridge. To do so is regarded as an offence:

“...rules with respect to the precedence of vehicles and pedestrians respectively, ... including rules prohibiting pedestrians on the carriageway within one hundred metres of a crossing...”

The second context is in the presence of traffic policemen or traffic wardens who are regulating the flow of traffic on a road. Pedestrians must stop or remain on their side of the road when they are instructed to do so. Until the traffic policeman gives pedestrians the green light to cross the road, they are not allowed to do so.

Section 76 of the Road Transport Act 1987 – Duty of pedestrians to comply with traffic directions (in part):

“...any pedestrian who proceeds across or along the carriageway in contravention of a direction to stop given by the officer in the execution of his duty, either to pedestrians or to pedestrians and other traffic, shall be guilty of an offence...”

According to the Act, both these infractions carry with them a penalty in the form of a maximum fine of RM500.00.

Now that you know when it is illegal, what happens if a pedestrian crosses the road illegally and you hit them?

When we consider the points above, alongside the fact that pedestrians always have the right of way in Malaysia as specified in the Road Traffic Rules 1959, things certainly do not seem to bode well for motorists who hit pedestrians that are crossing a road.

However, there is no need to panic just yet.

Generally speaking, in collisions involving pedestrians and motorists, there is no law in Malaysia that definitively takes either side. Such accidents are evaluated on a case-by-case basis instead, so as to establish which party was being negligent, or if both parties share the blame. This is similar to the common misconception that you’re automatically wrong if you hit a car from behind – it’s not (entirely) true.

[READ MORE: If you hit a car from behind in Malaysia, it is automatically your fault?]

For instance, if you – as a motorist – hit a pedestrian who is crossing the road where they are supposed to (such as a overhead bridge or zebra crossing), you could be charged with negligence, or careless or inconsiderate driving. These are punishable under Section 43(1) of the Road Transport Act 1987, with a penalty of a fine between RM4,000 and RM10,000, and imprisonment for a maximum term of 12 months:

Section 43(1) of the Road Transport Act 1987 – Careless and inconsiderate driving (In part):

“A person who drives a motor vehicle on a road without due care and attention or without reasonable consideration for another persons using the road shall be guilty of an offence...”

Alternatively, if an accident happens because a pedestrian crossed a road illegally, this pedestrian may be found contributorily negligent and would not be able to make full claims against the motorist that hit him or her. The same can be said for those who travel along or across a road or path without any consideration for traffic rules and the flow of traffic on a road.

[READ MORE: Did you know that you can be taken to court for something that is not a crime?]

"Whether the pedestrian is contributory negligent and partially liable or wholly liable, really depends on the fact pattern of that case. What I can say is that a jaywalker is likely to be found contributorily negligent and not be able claim the full extent of his injuries, etc." – Lawyer Fahri Azzat, in interview with ASKLEGAL.

The validity of contributory negligence is also highlighted in Section 12(1) of the Civil Law Act 1956:

Section 12(1) of the Civil Law Act 1956 – Apportionment of liability in case of contributory negligence (In part):

“Where any person suffers damage as the result partly of his own fault and partly of the fault of any other person, a claim in respect of that damage ... shall be reduced to such extent as the Court thinks just and equitable having regard to the claimant’s share in the responsibility for the damage ...”

This law has been used on a number of occasions in court cases. For example, in the case of Abd. Rasip Abd. Kadir v Tan Ah Tee, a motorcyclist who collided with a lorry after that lorry overtook and stopped right in front of him on a road was only given 50% of his original reward. This was due to the fact that the motorcyclist had not taken any measures to avoid the collision, and there was no evidence that emergency brakes had even been applied.

After all this has been said, the lesson here is...

Look before you leap (or walk)

At the end of the day, though, the best way to make sure that everyone remains safe while on the road is to do our part in making sure that we use our roads safely and in the manner that they have been designed for.

For pedestrians, that means looking left and right twice before we cross roads, and using specially designated bridges or crossings to do so. For motorists, staying alert at all times while on the road and not driving at excessive speeds is recommended, especially along town or city roads with high pedestrian traffic.

These may seem like recommendations that have been repeated over and over again, but it is always better to be safe than sorry. After all, irresponsible motorists and irresponsible pedestrians as still regarded as one of the most popular causes of local road accidents.

Just remember that the law can only do so much to keep us safe, and the rest is in our hands!