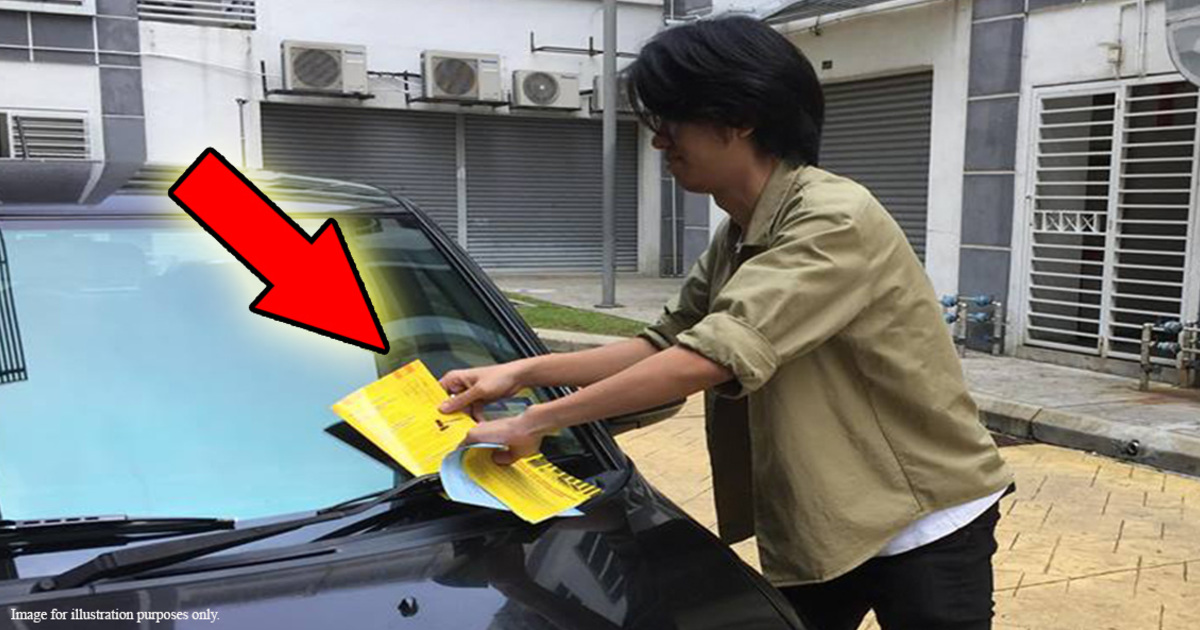 Can your Majlis Perbandaran stop people from putting annoying flyers on your car?

So you decide to make a quick visit to the bank to withdraw money. It starts raining, so you rush back to your car and turn on the engine. As soon as you put on the wipers, you see bits and pieces of paper being shredded all over your windscreen. It’s ANOTHER flyer that has been clipped on your wiper with hopes that you’ll read it.

As much as flyers/brochures are very informative, it can sometimes be a nuisance especially when it is placed on your windscreen or the handle of your car door. And when it rains, the paper shreds into pieces, incurring you an expense to wash your car or it can mess up the roads or pavements.

So if you’ve had enough of this and now you’re wondering if it is legal to place flyers on cars in the first place you should know that...

1. Not all advertisements need a permit

There are only several types of advertising that would require a permit first before being advertised. For instance, banners, billboards, balloon advertising and buntings need a permit from you local council before they’re put up and about.

When it comes to putting flyers on cars that are parked, the laws and rules are rather flexible. To be more straightforward, there are no legislations that cover this area.

However, there is a chance for it to be considered illegal if a particular housing community does not allow advertising in their residential area and file a complaint to the local council to discontinue or ban any form of advertising in the locality. For instance, it has been more than ten years since the Bukit Bandaraya Residents Association have been actively keeping their area free of illegal advertisements.

A spokesperson from the association stated:

“We are totally against the display of bunting, whether legal or illegal, in our housing area.”

And besides just buntings, it is learnt that the association is also very much against any kind of advertising that would have a bad impact to the surrounding of the area.

But this does not mean that those who distribute/advertise by setting up buntings or placing flyers on car windscreens are violating any law. If the residential association does not permit advertising in their area, then the local council can take an action against the advertisers.

However, if it is being done in a public area where there are no grounded rules that states that it isn’t permitted, then there is not much that can be done to stop the flyers from being distributed.

So if you are an entrepreneur and wish to advertise your business in a locality...where can you apply for this permit?

From the local council, of course!

Every district in Malaysia has its own local council that helps enforce laws made by the Government (ie; DBKL, MBJB, MBPP).

So, if you are a “victim” to these flyers being shoved on every part of your car, regardless of where you park, you can actually file a complaint with your local council over the nuisance that these flyers/advertisements make. The local council has the power to take action against illegal advertisements that are being circulated in a particular area.

The powers of the local council is stated under Section 102(C) of the Local Government Act 1976 as follows:

“In addition to the powers of making by-laws expressly or impliedly conferred upon it by any other provisions of this Act every local authority may from time to time make, amend and revoke by-laws in respect of all such matters as are necessary or desirable...
(c) to regulate, license, restrict, prevent or remove the exhibition of advertisements;”

If you’re looking into advertising, we checked with the Petaling Jaya Municipal Council (MBPJ) and the Kuala Lumpur City Hall (DBKL) on this matter. We were told that you can get these forms directly from their office, depending on which area you want to advertise in. For example, Majlis Pembandaran Petaling Jaya (MBPJ) already has the application form on their site to make it easier for people to apply.

Although it’s not stated anywhere in the law or local council rules on whether advertising with flyers on cars are legal or not, it should not be taken for granted as there are other things at stake.

It does more harm than good

There is only so much a local council can do to prevent illegal advertisements across the country. One of the downfalls of advertising with brochures/flyers is that it isn’t environmentally friendly. It is both a waste of paper as a natural resource and most of the time, people tend to throw away the flyers on the road (without even reading them).

The Manjung Municipal Council in Perak came up with a pretty creative way to dispose illegal banners. They introduced a program called the Local Agenda 21 (LA21) where illegal banners were collected from all around the city and were made into reusable bags, and stationary cases.

So if you do see a flyer on your car windscreen someday, instead of just crushing it and throwing it where you stand, perhaps it would be better to just recycle it. At least this will ensure cleanliness and reduce the damage that is already being done.