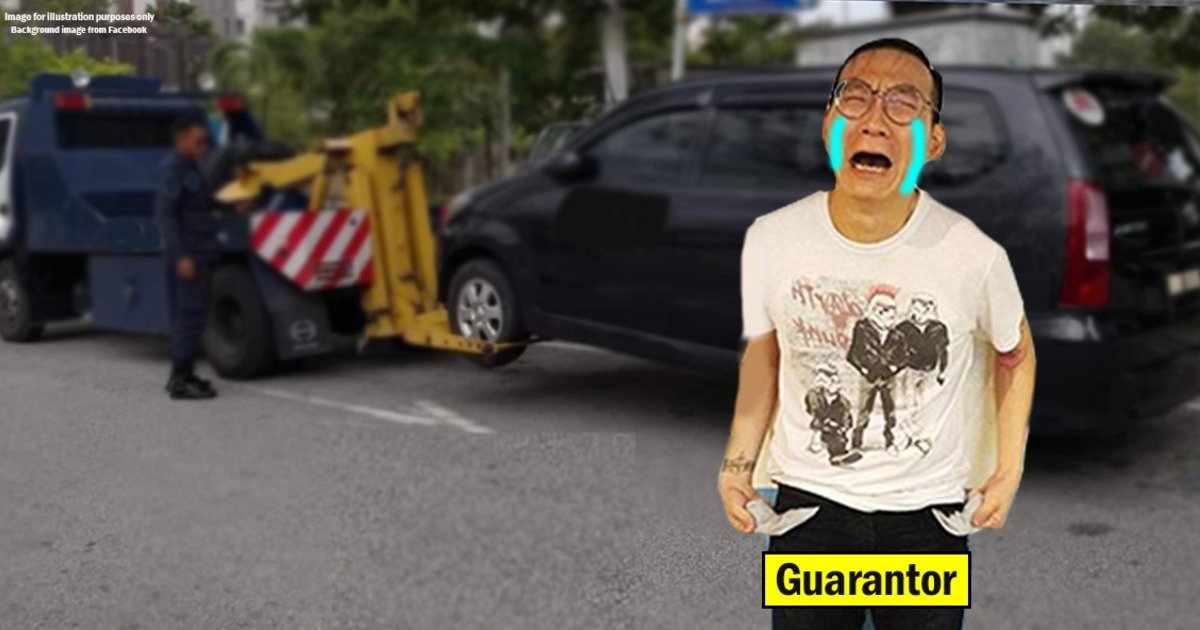 In Malaysia, can someone make you a guarantor...without your consent?

The last thing any of us would want right now, is to get a call from the bank saying we owe them money ON BEHALF OF SOMEONE ELSE! The probability of this happening might be low—but there might be a day where an old friend calls you up out of the blue, asking if you could become his guarantor.

Now let’s assume you say no, but your friend still secretly goes on to list you as his guarantor at a bank/financial institution. Years later you get a call from a random bank—asking you to pay for a loan your friend had taken...without your consent to be listed as a guarantor.

But before we look at what can be done if you’ve been listed as a guarantor without your consent, let’s briefly check out what exactly is a guarantor, based on Malaysian laws.

The guarantor is pretty much binded by a contract with the financial institution, in case the borrower fails to pay the amount borrowed. However, it’s not that easy to make the guarantor pay if the borrower becomes bankrupt. This is because there are new laws in the Act that protect guarantors.

[READ MORE: 5 changes to Malaysia's bankruptcy law that makes it harder to become a bankrupt]

It’s okay if you didn’t click on the link above, we’ll briefly explain it to you now anyway. Previously, the bank/financial institution can take action against a ‘social guarantor’ (family and friends who act as guarantors) if the borrower has exhausted all means to pay back his debts.

But now, the new law ensures that social guarantors can’t be declared bankrupt along with the borrower who couldn’t afford to pay his debts.

Okay now to address the main purpose of this article...

You cannot become a guarantor unless you agree to it

As we mentioned in the beginning of the article, chances of you becoming a guarantor without your consent is rather thin. This is because, in most circumstances, the guarantor will have to sign a document called a ‘guarantee’ if he wants to take responsibility for the borrower.

But there is a chance for a guarantee to be orally agreed on as well. Section 79 of the Contracts Act 1950 states:

“A “contract of guarantee” is a contract to perform the promise, or discharge the liability, of a third person in case of his default. The person who gives the guarantee is called the “surety”... A guarantee may be either oral or written.”

As much as we know promises aren’t meant to be kept, the law above essentially means that we can become guarantors just based on what we verbally promise someone—be it to the borrower or the financial institution.

But if you really don’t recall promising someone to pay for their debts or never signed a guarantee for them, Section 96 of the Act will protect you:

“Any guarantee which the creditor has obtained by means of keeping silence as to material circumstance is invalid.”

If you didn’t know about the debt or never signed anything for a borrower, you don’t have much to worry about. In other words, you must have freely consented to being a guarantor.

Now if you have been a guarantor for someone and you’re worried about whether or not he’s been paying for his loan (and won’t drag you into bankruptcy) you can use MyEG’s services to check your bankruptcy status.  They charge RM12 per name per bankruptcy search. Apart from that, you can also make a request for your credit report from Malaysia’s Credit Bureau (commonly referred to as CCRIS).

Also, every case involving guarantors may differ from person to person. So if you do get stuck in this sticky situation and need help, it’s best to be in touch with a lawyer as running away from cases involving guarantees isn't exactly that easy.