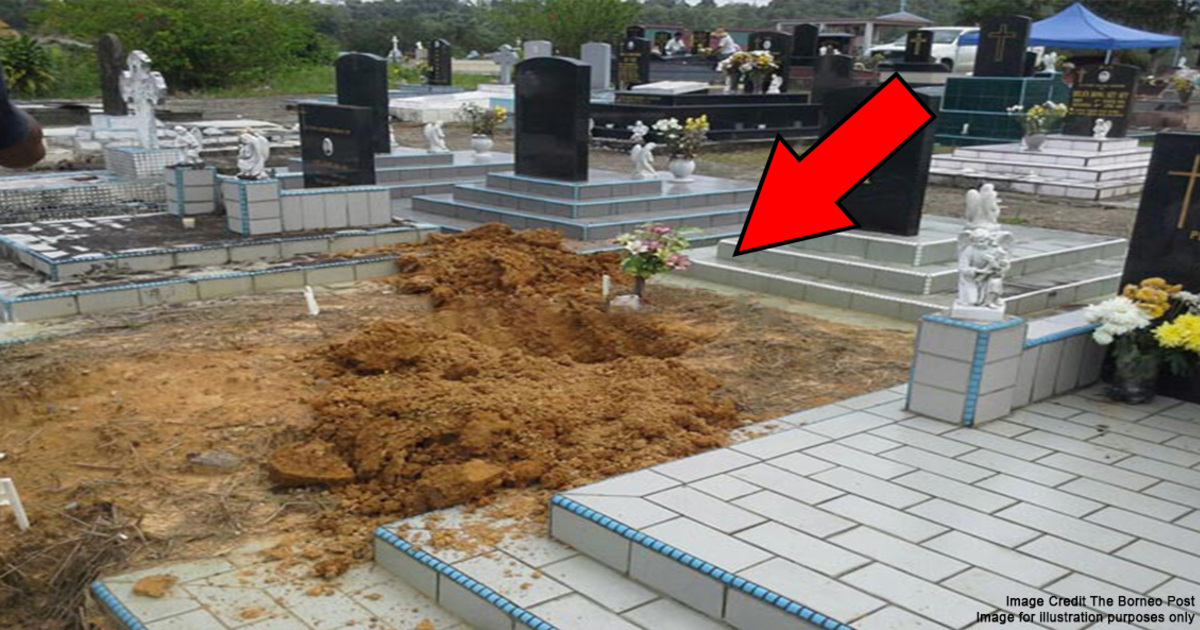 Is robbing graves a crime in Malaysia?

As Malaysian, we’re part of a multicultural society of all sorts of cultures with many different roots. With great diversity, comes a great number of funeral rites. Some of us cremate our dead, and some of us bury our dead. But some cultures also bury valuables with their deceased - typically jewelry, personal belongings, and even practical everyday items like money, cars, and clothes. You might be familiar with some Chinese customs where the family burns paper money, a car, a house, and even gadgets for their deceased relative.

Sometimes, you get a person who wants to take advantage of these practices. So graves get unearthed and the valuables are taken by grave robbers, or as popular culture knows it - tomb raiders.

There have been many reported incidents of grave robbing before, such as when the Iban were hit by mass grave robbing and these graves in Miri were dug up and cleaned out. But stealing is obviously illegal, and stealing from graves is sacrilegious and disrespectful.

This article was actually inspired by this recording from Siakap Keli which was forwarded to us. A man actually called the PDRM and asked about the consequences for digging up valuables from Chinese graves. So what does Malaysian law say about grave robbing? Legally speaking, there’s this question to consider...

Is it considered theft if they’re already dead?

Theft by definition is to take someone’s belongings without their permission, but can a dead person still own property? When the family leaves valuables with their loved one’s remains, it’s unclear whether the valuables belong to the deceased, or the family. But since the family is leaving the items with them, let’s go with the assumption that it belongs to the deceased.

This is more of a technical curiosity, but according to the law, a dead person can still be a person with legal rights. Among which, they can own copyright (until 50 years after death), and also pass down their property through a will. The definition for theft under Section 378 of our Penal Code is:

“Whoever, intending to take dishonestly any movable property out of the possession of any person without that person’s consent, moves that property in order to such taking, is said to commit theft.”

So while a dead person might be sleeping there without a want in the world, taking away what their family left for them might still be considered theft. Theft is going to be a pain to prove unless the court decides whether the valuables really belong to anyone, but is going into a graveyard and digging things up a crime in itself?

Your local council controls which bodies can be dug up

Being in a graveyard when you’re not supposed to is a recognized crime in Malaysia. Under Section 297 of the Penal Code, trespassing on burial places knowing that people might be offended is an offence that can earn you 1 year of prison, and/or a fine.

“Whoever,… with the knowledge that the feelings of any person are likely to be wounded, or that the religion of any person is likely to be insulted thereby, commits any trespass in any place of worship or on any place of sepulture or any place set apart for the performance of funeral rites, or as a depository for the remains of the dead or offers any indignity to any human corpse or causes disturbance to any person assembled for the performance of funeral ceremonies, shall be punished with imprisonment for a term which may extend to one year or with fine or with both.”

This definition doesn’t seem to cover situations where even the bodies have been taken from graves, like what happened to the Nanga Tada people. That’s a whole new level of disrespect for the dead, but there’s a law that can be used against grave robbers - did you know that digging up human remains without proper permission is illegal?

Under Section 97 of the Local Governments Act 1976, digging up (exhuming) dead bodies can only be done in 2 ways in Malaysia:

This license cannot be given where the cause of death was an infectious disease that needs to be controlled through quarantine, or where the corpse is buried for less than 5 years (unless special circumstances are present). The penalty for illegally exhuming a dead body is a fine up to RM5,000 and/or 1 year of jail.

You’re probably not going around robbing graves, but...

In the recording we linked earlier, the police officer notes that digging up another person’s grave is wrong. He also says that if you need to dig up your relative’s grave for any reason, you should go to the police for permission beforehand.

You probably don’t go around digging up graves for treasure, and grave robbers are not that common (unlike snatch thieves). But if you ever encounter someone suspicious digging up a grave, stealing objects from altars, or taking the remains, you’d obviously call the police. It might mean the robber’s funeral.