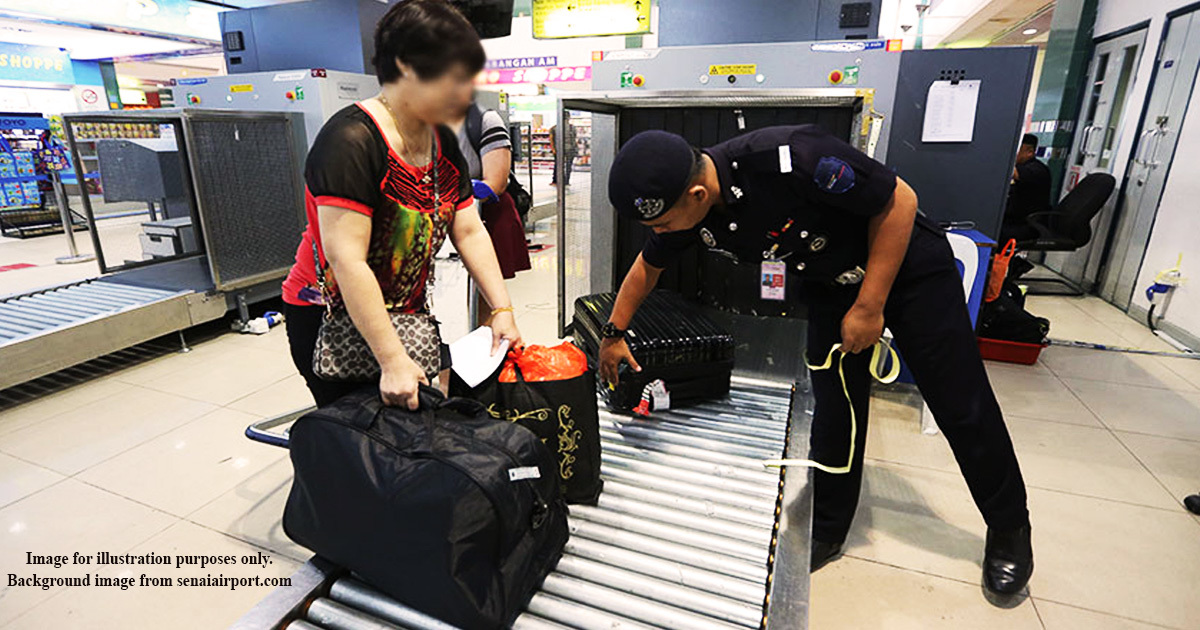 This article talks about commercial export of goods – But let’s imagine this scenario, where you’re a local student leaving Malaysia to study abroad. You’re so worried you’ll miss Malaysia that you made sure your bag was stuffed with all the local delicacies and Malaysian household items you could think of, like...rattan baskets. Little did you know there are instances where some of the items could be prohibited from being exported, and you’ve been stopped by the customs officers at the airport.

So, we happen to look through the Customs (Prohibition of Exports) Order 2012, and came across several unexpected things that are illegal from being exported out of Malaysia.

But before that, let’s clarify something…

Who controls imports and exports in Malaysia?

So, we have several bodies that are in-charge of what goes out of the country. The main bodies are the Royal Malaysian Customs Department (RMCD), and the Ministry of International Trade and Industries. (MITI)

Their main job is to control the imports and exports in Malaysia, and have the authority to investigate and even arrest in the event of crimes such as smuggling items into the country or sending them out.

There are 2 categories of controls on items for export:

“A jail sentence of between two years and life imprisonment, depending on the severity and type of offence... and a fine of between 10,000 ringgit and 30 million ringgit.”

With punishments that severe and since we don’t want to end up in jail someday, we’ve listed down a few prohibited items for you to take note of too.

So, here is our list with no particular order...

This is probably a good answer as to why we have been disciplined pretty well as we were growing up. Rattan is absolutely prohibited from being exported out from Peninsular Malaysia.

Due to a high demand for rattan in many countries including Europe, which would manufacture the raw materials into finished products, such as furniture, craftwork, etc. The ban was imposed to stimulate rattan-based industries in Malaysia and to increase the sales of finished rattan products to be exported from the country.This prevents uncontrolled harvesting , and creates a market for local products.

So, this does not mean rattan furniture or baskets cannot be exported –  but its more of the raw material that are taken into account when it comes to illegal exports.

Maybe this is why the price of Char Koey Teow has escalated over the years. But the reason behind why cockles have become expensive is rather sad. Based on a research done by the Fisheries Research Institute, the 3 main cockle breeding states were affected by pollution, which led to a sharp drop in harvest over the years.

Due to this, limitations on exports have been tightened, and a permit needs to be obtained before doing so. Based on Section 40 of the Fisheries Act 1985:

(5) An application for a permit to import and export any live fish shall be made in accordance with the Malaysian Quarantine and Inspection Services Act 2011.

Therefore, a permit is needed to bring out cockles from Malaysia. You can apply for one from the Malaysian Quarantine and Inspection Services for one.

So, if your girlfriend lives abroad and you want to send her flowers on Valentines Day, you might want to check on what kind of flowers are subject to export prohibitions. There are lots of plants that are prohibited from being exported from Malaysia, but this one caught our attention.

The odd inclusion here was orchids. The Customs Act is read concurrently with Section 2(1) of International Trade in Endangered Species Act 2008.

This Act also carries a hefty sum under Section 10 for the offence of exporting any orchid species that is stated in the schedule:

“Any person who imports or exports any scheduled species without a permit commits an offence and shall, on conviction, be liable-
(a) where such person is an individual, to a fine not exceeding one hundred thousand ringgit for each animal, plant, or readily recognizable part or derivative of the animal or plant...or to imprisonment for a term not exceeding seven years or to both;”

If you’re wondering “Why orchids?”, it’s probably because certain species’ are endangered. Therefore, they’ve become subject to these heavy penalties if anyone is found guilty for smuggling this plant from Malaysia.

Some of you might ask, “Does this mean a chicken sandwich cannot be brought out from Malaysia on flight?” – Don’t feel bad for asking, one of our writers did as well. You’re not alone.

To clarify, this doesn’t apply to chicken sandwiches or canned chicken slices , but rather refers to whole chicken/its carcasses. The Customs Act 1967 isn’t the only Act that states this, but so does Section 14(1) of the Animals Act 1953. It states:

The Act carries a punishment under Section 14(3) where a fine of RM 500 or imprisonment for up to 6 months or both shall apply, if found guilty. And of course, this also depends on whether the country you travel to has its own restrictions on this.

The Strategic Trade Act 2010 (STA) covers this area and was enacted to curb exports and shipment of strategic military items. This also protects the country as military related items are highly confidential. So for national security reasons, you cannot export these gadgets and outfits to...let’s say your aunty in Singapore.

You’ll need a special permit to export military items, but the process of application would depend on whether you are a relevant body/person which is recognised by the Ministry of International Trade and Industries.

Some of us might even go to the extent of considering to pack raw materials such as rice, because you don’t know if it’ll taste as good abroad as it does back home. The sad news is, these items are prohibited from being exported from Malaysia.

However, as per the Malaysian Customs rules, it’s not entirely illegal to export sugar and rice from Malaysia. You can obtain a permit to export sugar from the Ministry of Domestic Trade, Co-operatives and Consumerism. Link attached here.

For rice on the other hand, Malaysia is the 14th biggest rice importer in the world. Due to a shortage of homegrown paddy here, export restrictions have been tightened.

You might be able to sneak your favourite putu piring into the flight, but you’d probably be stopped by customs officers in the country you’re landing, depending on their restrictions. However, if you were carrying bags of sugar and rice flour to make your putu piring from scratch, it’s highly doubtful if you’d be able to pass through the Malaysian customs officers without it being confiscated.

Remember, just because you can take it out...doesn’t mean you can bring it in.

That’s pretty much what we found out from reading the Customs (Prohibition of Exports) Order 2012. If you’re interested to know more and to avoid heavy fines and penalties, do check out the Royal Malaysians Customs site and the Act that has a non-exhaustive list. If you’re really keen on exporting these items or need to send it elsewhere in big amounts, perhaps it’s best to get a permit from the authorities before doing so. The best case is, your item would most likely be confiscated. And the worse case would be if you’re charged or taxed heavily as a penalty.

And of course, if you’re exporting these items commercially, the case is completely different.