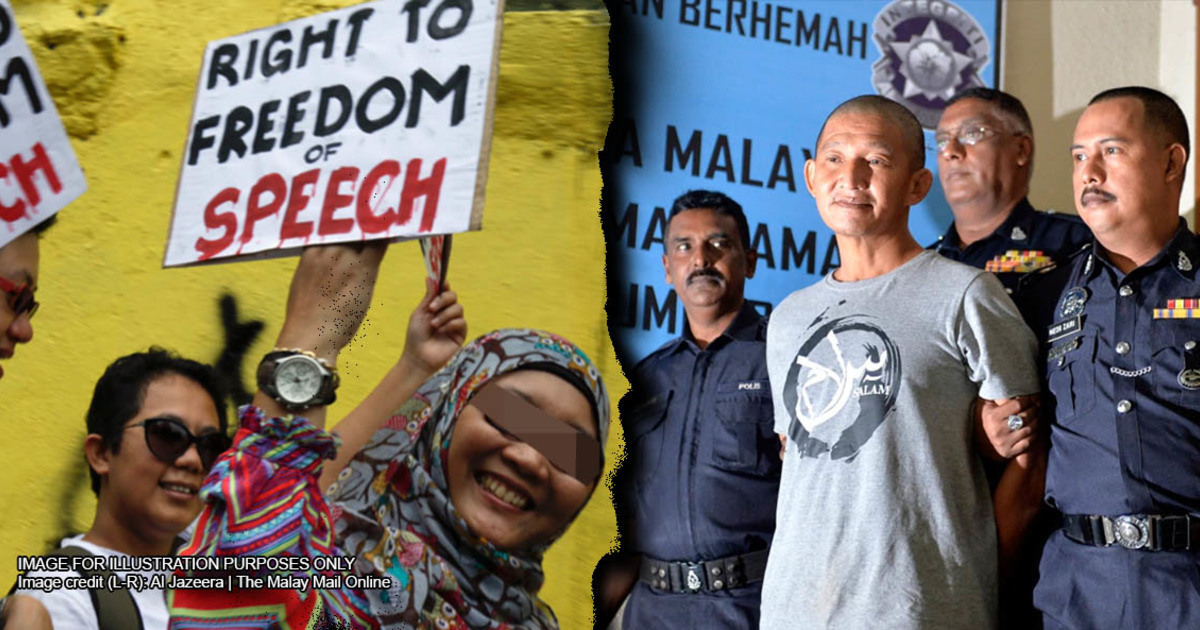 Is there freedom of speech in Malaysia if you can get arrested for Facebook posts?

Every once in a while, we’ll come across a news report where someone gets arrested for comments or posts they had made on social media, such as the students being investigated by the police over posts on the MMU Confessions Facebook page, or the 3 people charged in court for insulting then-PM Najib online. In more recent news, four people were charged with insulting Islam online, with one of them being sentenced to 10 years and 10 months in prison; and the other for 7 months and a RM10,000 fine. At the time of updating this article, another man was also charged for insulting Hinduism online.

Actually, it’s somewhere in between.

Mustaffa explained why it’s important for Malaysians to control what they write and share online, and also how to go about it. But first, let’s discuss something that commonly misunderstood….

If there’s one thing that can be established off-hand, it’s that freedom of speech is indeed a constitutional right under Article 10 of the Federal Constitution – with some limitations.

Article 10 of the Federal Constitution – Freedom of speech, assembly and association (in part):

(a) every citizen has the right to freedom of speech and expression;

Aside from the exception clauses in Article 10, it can also be said that this freedom doesn’t extend to immunity from legal, moral, and social repercussions. To quote a line associated with a famous web-user: 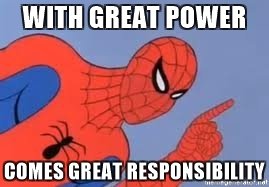 As a quick example of how constitutional freedoms aren’t absolute, a person has the constitutional right to freely go anywhere they want under Article 9 of the Federal Constitution (Freedom of movement), but what would you do if a stranger entered your house saying it was his right under Article 9? You’d probably call the police.

So in similar fashion, you have the freedom to write or share anything you’d want on the internet – but that also means that you are fully responsible for the repercussions that come from it. These repercussions come in two forms - criminal charges such as Section 499 of the Penal Code for Defamation, and/or civil suits whereby the target of your post sues you. And it’s not just the person who wrote the post or article (the originator) that’ll get in trouble, but the people who share it as well! For instance, if 500 people had shared a post that was proven to be false or defamatory, all 500 including the originator may find themselves facing the authorities and/or a lawsuit.

While this is explored in greater detail in our article on the subject, they can best be summarized as sharing or making:

[READ MORE: Shaming someone on social media could land you in jail]

So how can you exercise your freedom to share and voice your thoughts without getting into trouble? The CMCF’ recommendation is – Self regulation. This can be done through 2 simple steps:

Step 1: Take a moment to think before writing or sharing something online

One of the CMCF’s major functions is to come up with a Content Code (given legal weightage through the CMA) which provides guidelines, standards, and practices for industry players to follow – and much of this has roots in self-governance and self regulation. But although it’s aimed at industry players, Mustaffa says that it can apply to the regular Malaysian on the net as well. You can read the Code for yourself but, in a brief nutshell, a lot of it involves common sense and taking a moment to think about:

Right off the bat, Mustaffa acknowledges that objectionable content is widely available on the internet:

“[Objectionable] content is out there and it’s not going away anytime soon … We have these in Malaysia and we can’t close one eye and say ‘Oh no, Malaysian society is very sterile. We don’t do all this.’ “ – Mustaffa Fazil

So while it’s pretty obvious why someone who created the content is responsible and can be punished, why would someone who shared it be equally responsible as well? The reason for this is that even though you didn’t directly contribute to creating the content, you have contributed by becoming a “postman” for it. In this sense, your intention (the reason you shared the post) comes into play, that whether it’s to make someone look bad or to get likes; there was a deliberate action on your part. And no, claiming you didn’t know about the law is not an accepted defence in court.

“Whether you truly believe it’s something the public should know, or if it’s just to get likes; the responsibility of that intention is something that you have to bear” – Mustaffa Fazil

The problem with anything being online is that nothing is ever truly private, even if it’s among trusted friends. As a student from Brickfields Asia College found out, a crude joke in a private Whatsapp chat group can snowball into public outrage and disciplinary action with just one screenshot.

“Most fake news are generated on social media. There is no fact-checking culture [in Malaysia].” – Mustaffa Fazil

Whether it’s a Whatsapp message that the police are setting up roadblocks to check phones for political messages or Facebook posts with false police warnings of child kidnappers, most Malaysians are no stranger to dubious or outright false information online. And of course, spreading false information can land you into some real hot water as outlined in the points above.

But what if you’re sharing it “just in case it’s true” or if you actually believed it was true?

For much of the news being spread online, a quick Google search will reveal whether it’s true or not. For instance, a viral voice message on Whatsapp accusing the PDRM of setting up roadblocks to screen through people’s phones for political and religious messages that surfaced this year not only turned out to be false, but was an extension of a similar (fake) warning about 1MDB messages in 2015. You can also check out other sites dedicated to debunking fake news such as Snopes and Sebenarnya.my, a site set up by the MCMC to debunk or confirm news being spread in social media.

But if you’d rather err on the side of caution, such as if it was news of a kidnapped child, Mustaffa says it’s a good idea to attach a disclaimer to your post, such as I don’t know for sure if this true, but I’m sharing it just in case… But this isn’t a get-out-of-trouble-free card; you’ll still need to defend your disclaimer or remove the post if the news turns out to be false, or at least follow up with the truth once it emerges. This is because false news can lead to unnecessary panic, such as a recent viral post about a child that was supposedly kidnapped in popular shopping mall 1 Utama. The incident prompted 1 Utama to respond as such:

BONUS STEP: You can also help by lodging complaints!

If you come across objectionable or questionable content online, you can easily lodge a report with the MCMC or the CMCF. Mustaffa clarifies that the CMCF will forward any complaints that are not in their jurisdiction to the MCMC for further action, and you’ll be updated on any action being taken. You can also make a police report for posts that are criminal in nature, such as defamation, threats, or terrorism.

Complaints have to be made in writing, so it can be done via a complaint form (CMCF | MCMC), email, or even snail mail.

While we didn’t have the space for it in this article, the CMCF has also initiated an awareness campaign against cyberbullying and trolling – which is also getting increasingly rampant among young Malaysians. You can check this out at DiSebalikWajah.my