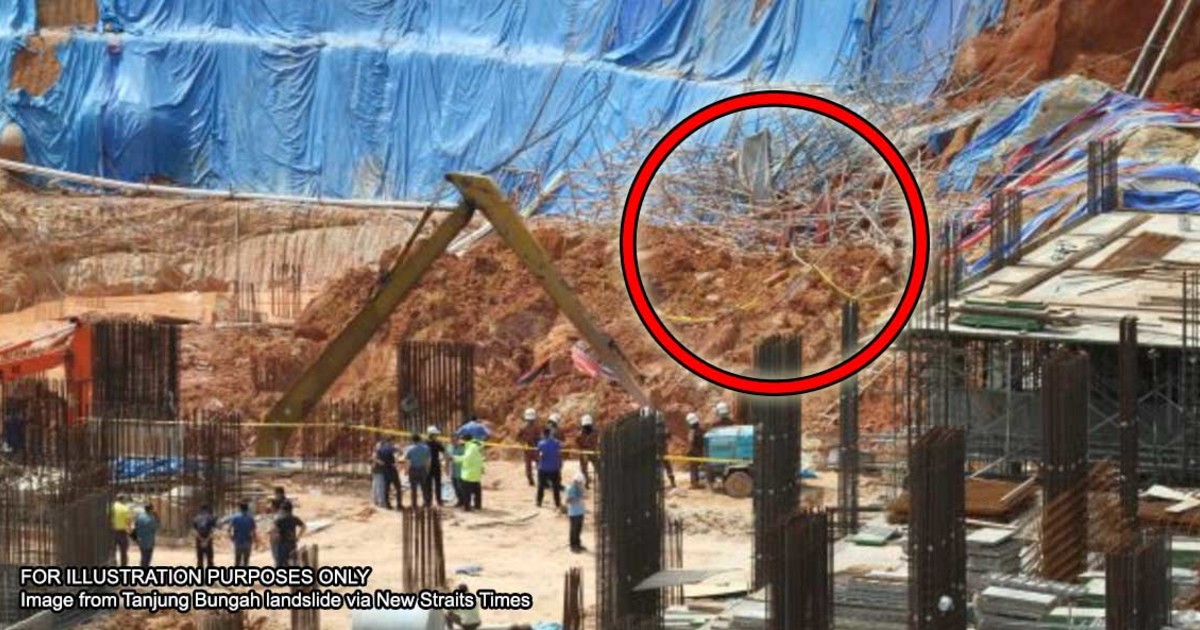 Are Malaysian employers responsible for your safety in the workplace?

Have you ever been injured at work? Maybe the chair you were sitting on gave way or maybe a piece of the ceiling fell on your head while you were busy making money for the company. Or maybe, you sustained even more serious injuries due to your employer’s failure to set up a safe working space for you. This is similar to what happened recently when a WW2 bomb exploded in an MRT construction site in Bandar Malaysia. Unfortunately, out of the three men that were injured there, two have passed away. If you think that is just a freak accident, you might want to think again because the Works Ministry is looking into whether there was a breach of standard operating procedure that led to this tragedy.

Aside from the detonation of a WW2 bomb, Malaysians were also shocked by the death of a crane operator in Taman Desa last week after he was crushed to death on a construction site when the crane’s cables snapped and the boom and generator fell on him.

With these tragedies, the top question is whether employers are legally obliged to provide a safe working space for their employees?

Yes, companies have to ensure their workers’ safety and health

According to section 16 of the Occupational Safety and Health Act 1994 (“OSHA 1994”), it is a duty of the employer (or a self-employed person) to prepare a safety and health policy. Aside from preparing such a policy, they must also update it as often as necessary. This means that if your company has a safety and health policy from 1990, it mightttt be time for them to look through it again.

“Except in such cases as may be prescribed, it shall be the duty of every employer and every self-employed person to prepare and as often as may be appropriate revise a written statement of his general policy with respect to the safety and health at work of his employees and the organization and arrangements for the time being in force for carrying out that policy, and to bring the statement and any revision of it to the notice of all of his employees.”

A point to note is that the OSHA 1994 only applies to the list of industries which are listed in the First Schedule of the Act. You can look at the full list on your own but the more common ones include manufacturing and construction to business services.

A failure to have a safety and health policy would result in very steep fines on your employer. This is provided for under section 19 which states that:

“A person who contravenes the provisions of section 15, 16, 17 or 18 shall be guilty of an offence and shall, on conviction, be liable to a fine not exceeding fifty thousand ringgit or to imprisonment for a term not exceeding two years or to both.”

There are actually a bunch of functions that this committee is supposed to carry out but in order to keep this article short, we will not break it down and instead, turn the spotlight to the employees. Did you know that employees also have a part to play in workplace safety?

But employees are also equally responsible

Under section 24 of the OSHA 1994, employees have certain general duties that they would have to discharge as well. In a nutshell, they are as follows:

This includes taking reasonable care of the health and safety of your colleagues that may be affected by your actions/omissions. It means that if your employer clearly told you to stay out of the third-floor corridor because a giant three headed dog resides there and you still decide to jaunt down the third-floor corridor, you can’t blame your employer for failing to provide a safe working environment.

The need to look out for the safety of your colleagues extends to scenarios where you failed to mop up the water you spilt even though you know that the chances of someone slipping in that puddle is very high. So, when inadvertently, your colleague does slip in that puddle, you are actually committing an offence under OSHA.

To cooperate with your employer

Cooperation with your employer is basically not standing in his way whenever he tries to discharge the duties given to him by the law. For example, if it is an obligation on your employee to keep all fire exits clear and you decide to leave your bag in the way despite being told off many times, you would be guilty of an offence.

A pretty good case to refer to would be the English case of ICI v Shatwell where two brothers were injured while testing some explosives because they were too far away from the protective shelter. The judge decided that the brothers could not claim against their employer because they had acted in express defiance of their employer’s instructions with full knowledge of the risks.

To not be naked

Well, obviously you are not going to go to work naked (unless its your thing, we don’t judge) but what the law is trying to say is that you should wear all protective and safety clothing/equipment that is provided by your employer.

For example, if you are working in a construction area and refuse to wear the safety hat and vest that was provided by your employer, you cannot then turn around and blame your employer if you sustain a head injury from falling debris.

As an employee, you have to comply with safety laws as well

This duty basically states that even though you are an employee, you are not exempt from complying with the rules that your employer has set out to ensure your safety and wellbeing. This may also include any Malaysian law that was enacted to ensure that you return home in one piece every night.

The best example would be failing to carry out your duties under this section. That would be the very definition of non-compliance.

Any failure to carry out the duties mentioned above could result in you getting slapped with a maximum fine of RM1,000 or getting imprisoned for a maximum of 3 months.

Aside from all the duties listed above, section 25 also sets out an additional offence wherein if you are ever caught interfering or misusing with anything that was provided for the purpose of safety, health, and welfare of you and your fellow employees, you can be slapped with a fine of RM20,000 or a jail term not exceeding 2 years. An example of this would be you tampering with the office fire extinguisher and rendering it useless. It is important to note that this section also applies even if you acted in a negligent or reckless manner. This means that you don’t have to intentionally damage the fire extinguisher; you are still committing an offence if you act in a reckless/negligent manner and it becomes damaged.

This means that at the end of the day...

As that English saying goes, “It takes two hands to clap”. While the law might place a greater burden on your employer to fulfil when making sure that your workplace is safe, you, as an employee, should not be complacent as well. At the end of the day, the person who could best ensure your safety is yourself. So, guys, play safe and don’t forget to use protection.