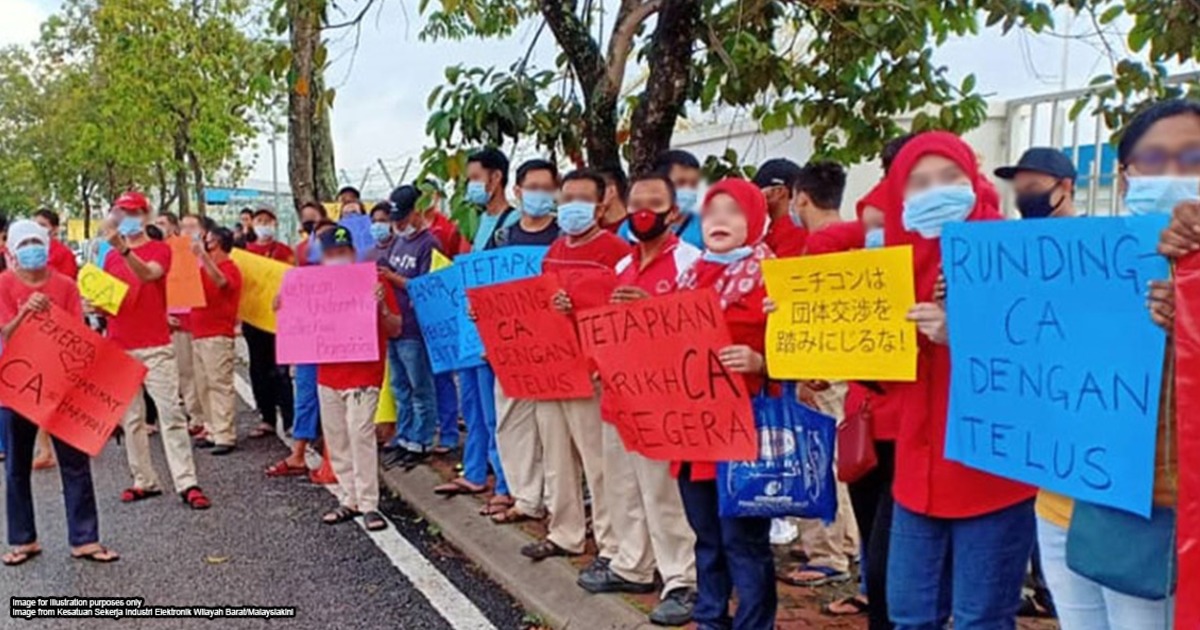 Can employers in Msia cancel your bonuses and other benefits due to the pandemic?

If you’re an employee, you would agree that workers should be given salary increments and other benefits from time to time. Especially if your contract does mention something about getting perks now and then. But lately, with Covid-19 around, many companies are still trying to stay afloat and may not be able to pay any extra money to their employees.

In a case that was heard last November, the Industrial Court decided that during Covid-19, a company may be exempted from giving employees salary increments and other bonuses. Of course, this rare decision might have been made as the facts of the case were unique. But if a similar situation were to arise, the Court might very well decide it in the same way again.

The dispute was between a worker union and a company

Trade or worker unions are groups of people that represent other workers to protect their rights from being abused. In this case, the union was known as Kesatuan Sekerja Industri Elektronik Wilayah Utara Semenanjung Malaysia—a union for electronic workers. They wanted to form an agreement with Panasonic Automotive Systems Malaysia Sdn Bhd, and this agreement is known as a collective agreement. Section 2 of the Industrial Relations Act 1967 defines a collective agreement as:

“...an agreement in writing...between an employer or a trade union of employers...relating to the terms and conditions of employment and work of workmen or concerning relations between such parties”

So in essence, the agreement listed down the rights and obligations of the workers that were to be given by the company, Panasonic.

Now what made the parties go to court was the fact that the company didn’t agree with some of the terms that the union wanted to include in the agreement. In specific, there are 20 of them. We’re not listing them here, but if you’re keen on knowing what they are, you can give the full judgment a read here.

In short, the union was asking for:

The company said that it could not agree to these, mostly due to the Covid-19 pandemic which has left them financially strained.

The Court agreed with the company

Although the company didn’t agree with 20 of the terms requested by the union, there were 31 other terms in the agreement that they agreed to. Some of them included retirement benefits, pay during a prolonged illness, and uniforms and personal protective wear for the employees.

In coming to its decision, the court looked at Section 30(4) of the Industrial Relations Act 1967, which says:

In making its award in respect of a trade dispute, the Court shall have regard to the public interest, the financial implications and the effect of the award on the economy of the country, and on the industry concerned, and also to the probable effect in related or similar industries.

This simply means that the court is taking into account the present situation of the country, and how the economy and the electronic industry will be affected by this judgment.

The court reiterated that the company did agree to 31 of the terms put forward by the union (there were another 3 which were abandoned with the agreement of both the parties). However, the remaining 20 terms that were in dispute were not accepted by the Court.

The summary of the judgment said:

“In handing down this Award, the Court had taken into consideration the interest of the members of the Union as well as the financial implications to the Respondent [the company] especially in this fragile economic climate caused primarily by the Covid-19 pandemic.”

They went on to say that with things continuing to be uncertain for the economy, they had to decide what was best for both parties. The court rejected the requests for the salary adjustments and bonuses, and said that the yearly increment should be at 5%, instead of 10%.

What does this mean for Malaysian employees?

Like we mentioned above, this is a case with unique facts. Whether a similar judgment can be made for other cases depends on the facts of those cases. But what we can tell you is that this case has indeed set a precedent, or an example, for the courts to apply to in future cases. Or they may even use it a reference.

Given the fact that this pandemic is still very much present and taking a toll on the economy, unfortunately, it wouldn’t be surprising to see companies taking away or pausing some employee benefits. If they do do so, this case might be what has given them the green light.

But this doesn’t mean that companies can easily use Covid-19 as an excuse to suspend employee benefits. If a dispute concerning this were to be heard in court, the Court will still look at the company’s financial position, and the facts of the case on the whole.