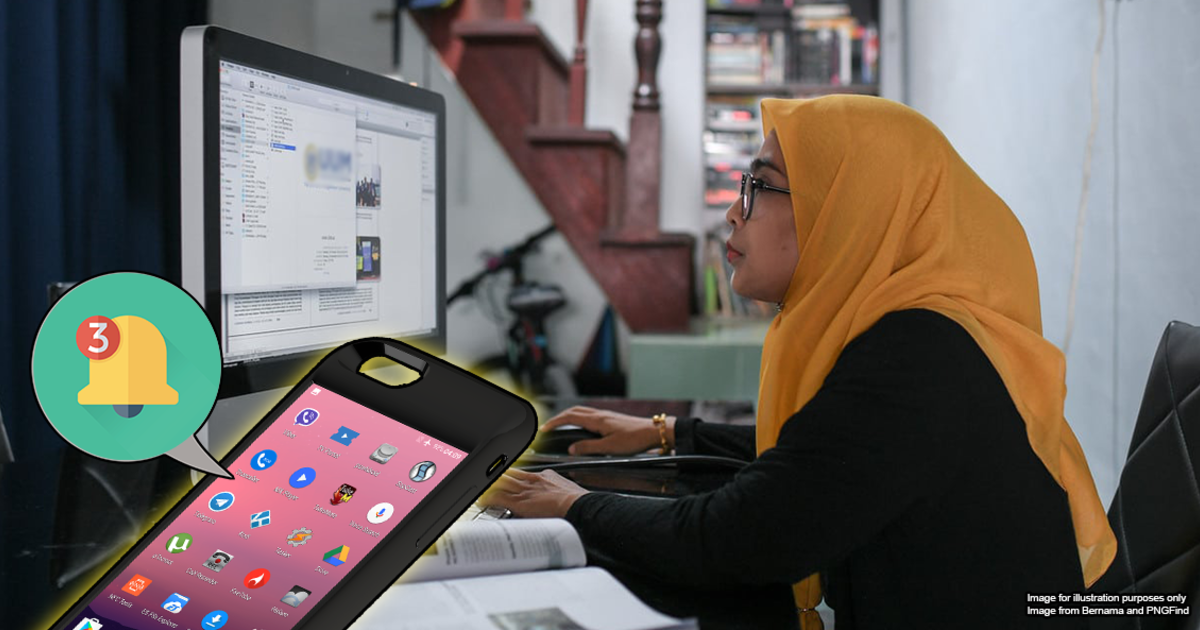 Recently, one of our readers asked: “Can employers ask their employees to install certain apps on their personal mobiles?”

With working from home being the norm now, it’s common to have apps just to clock in and out of work. Many employees might easily oblige thinking it’s all just part of the job. But what if you didn’t want to have any apps for work on your devices, and more importantly, can your boss make you install these apps in the first place?

We spoke to lawyer Fahri Azzat to ask if companies in Malaysia have the right to make something like this mandatory. Here’s what he told us:

“It boils down to the terms of employment ultimately. If its there they can do so.”

- Fahri Azzat via an e-mail interview

Essentially, when you sign your employment contract, you agree to follow the company’s policies—including any future policies that are implemented. If it’s all part of the job, you most likely will just have to go with it. Of course, policies can sometimes be problematic and you can always take that up with the HR if needed, but that’s another topic altogether.

Assuming your HR still tells you to install the app(s) as required, you might have no choice but to comply. But you might still be thinking of a way around this, or perhaps you genuinely can’t download a new app, because of space issues and so on. In regard to this, Fahri went on to say:

“If they give you company property to use for your work it is likely they can do that. If they ask to install in your personal phone you may decline and say it is not for company use. But well, there are many others willing to do so.”

Basically, you might be able to escape the policy if they’re asking you to install apps on your personal phone or PC. But if it’s for a company phone or laptop that’s strictly for work, there isn’t really much you can do. But like Fahri says, there are people who don’t mind using their personal devices for work, which might make it harder for you to go against the company policy.

As you can see, the lines are pretty blurred in this situation, and one reason for that is because…

You might not be able to use breach of privacy as a reason to avoid installing an app...because that’s no such law for this. Sure, there are laws that can safeguard your privacy against pesky neighbours and laws that give you the right to having peace of mind. But Malaysia doesn’t really have a fixed set of general privacy laws.

Your boss can’t use this as a way to infiltrate your phone or PC, though. You might not mind having an app just to clock in and out, or to chat with colleagues. But you might start feeling uncomfortable if you’re asked to always have your location on, or if the app can access media and other files on your device. Fortunately, there’s something known as the Personal Data Protection Act (PDPA) 2010.

Under this Act, there is a limit on what businesses entities can do with personal data that they’ve received. For example, if you signed up for a service and provided all your details to them, they’re supposed to keep that data safe and use it only for business purposes. If you suddenly start getting calls from random people trying to sell you something, that business provider might have leaked your contact details, and they can be penalized for this.

But besides this being a limit on what businesses can do with customers’ data, it also controls how businesses handle their own employees’ data. So, just because your boss asks you to use an app for work, it doesn’t mean that they can misuse their authority and keep tabs on you all the time. Bosses who do this can get in trouble with the law.

You can still say no (sometimes)

It’s a fine line to draw, but there’s still a line. All in all, the answer to the question is:

All this being said, we know it can be difficult to reason with higher ups sometimes. And if all your colleagues don’t have an issue installing such apps, it might be difficult to prove your point. If these apps aren’t really infringing your privacy but you’re unhappy anyway, the only way you can get your space back would be to terminate the employment contract. In simpler terms, you might just have to resign.

Because if your employment contract asks you to work for the company in any manner required, and they aren’t breaking any laws, unfortunately, you’ll just need to go through with it.