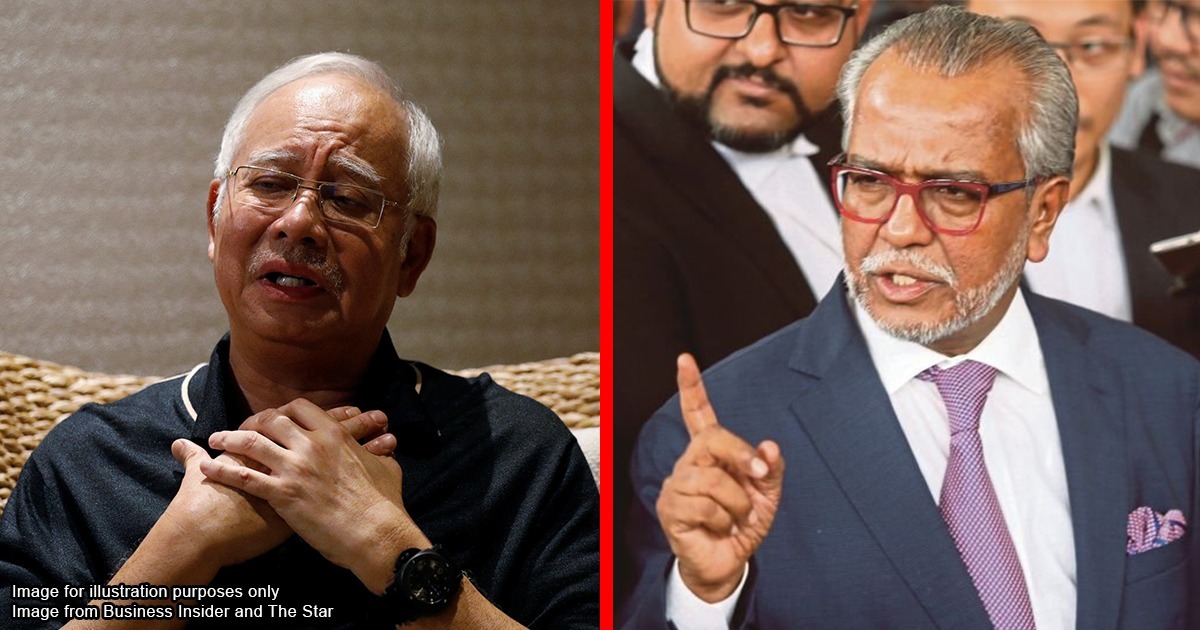 Why is Najib shocked he had to defend himself when he's already under trial?

Most of us probably know, in the abstract, how criminal trials work. We know that you are asked before court whether you want to plead guilty or not and if you do plead not guilty, a trial commences. It really is something like what we see in shows all the time. However, if you have been following former Prime Minister Najib Tun Razak’s case, you might hear that he was “shocked” to enter defence. You might also be confused as to how trials really work because of the terms the court used such as:

“...Najib Razak has been ordered...to enter his defence for seven charges...Justice Mohd Nazlan Mohd Ghazali made the order after ruling that the prosecution had proven a prima facie case against the Pekan MP.” – as published by The Star, 11 November 2019 [emphasis added]

So wait a minute. Why is it that Najib had to be ordered to “enter his defense” when he is already in court? Why would he be shocked, when isn’t that the only thing we have to do if we are ever accused of a crime?

Plus, what in the world is establishing a prima facie case? Isn’t the prosecution just supposed to prove their case against the accused?

To answer all these questions, let’s take a few steps back to when you first plead not guilty i.e claim trial.

Trial does start...but not in the way you think it does

There is no doubt that should you choose to plead not guilty and take your chances via trial of the 99 dragons, trial does commence. However, it’s not an immediate battle zone of the prosecution slinging shots at the accused while his defence lawyer steps in the deflect the blows. It’s a lot more civil despite being criminal and every criminal trial follows a set pattern of steps.

It’s where the prosecution presents all their evidence against you

A prosecution’s case is when the public prosecutor takes the stage, so to speak, and presents the case that the prosecution has against you, as an accused. Their job at this point in time to ensure that they have all the necessary evidence to prove every ingredient of the offence you are charged with to convince the judge that a prima facie case exists against you.

Ali is charged with murder.

The prosecution presents their case and produces evidence showing the following:

Ali was caught arguing with the deceased a few hours before

The judge finds that there has been a prima facie finding of guilty and asks Ali to enter his defence.

At this point, you must be wondering what a prima facie case is. In short, prima facie means on the face of it or at first glance in Latin. In practice, what proving a prima facie case is when the prosecution has produced evidence to prove every ingredient of the offence, which if you fail to explain why, will result in you being found guilty. This is where the defence’s case begins.

We know that sounds oxymoronic because if you’re charged with a crime, you definitely want to defend yourself. However, in criminal trials, you would only get your chance to shine (so to speak) if the judge decides that the prosecution has succeeded in proving a prima facie case against you. If the prosecution fails to prove, at a first glance, that it is very likely that you committed that particular crime, the judge is not allowed to order you to enter your defence. If there has been a failure to prove a prima facie case, the judge must acquit you. This is exactly what happened in the cyclists’ case mentioned above.

However, if the judge is satisfied that the prosecution has managed to establish a prima facie case against you, then you would ordered to enter your defence. This is the exact situation that happened with the UPNM students awhile back. At the end of the prosecution’s case in that murder case, the judge found that at the face of it, the prosecution had managed to prove the ingredients of a murder charge against all 18 of the accused. This is why he directed them to enter their defence and the next time trial commences, the defence team of each of those 18 boys will take the stage.

A defence’s case consists of poking holes in the prosecution’s case and more importantly, establishing reasonable doubt. Establishing reasonable doubt is the crux of a good defence because at the end of the day, in order for you to be convicted of a crime, the judge must be convinced, beyond reasonable doubt, that you were the one who has committed the crime. Looking at the example with Ali earlier, what a defence would do is probably adduce evidence to show that while Ali was arguing with the deceased and he did leave the shop at the time of the murder, all of this doesn’t prove that Ali was the one that ultimately killed the deceased; all it shows is that Ali had beef with the deceased.

If the defence’s case does not raise reasonable doubt in the judge’s mind, this means that the prosecution’s prima facie case stands and you would have failed to explain why the prosecution had evidence to link you to every ingredient in the offence. This is the part where the judge will hand down your sentence, as guided by the sentencing principles, which we won’t go into for the purposes of this article.

So there you have it. We hope that this article has clarified how criminal trials work for you and how while there may be different orders given out by the judge at various points in the trial, there will only be one penultimate judgment i.e the judgment on whether you are found guilty for the crime you are charged with. If you want to know about how things work from the moment you are arrested until you are sentenced, click here.