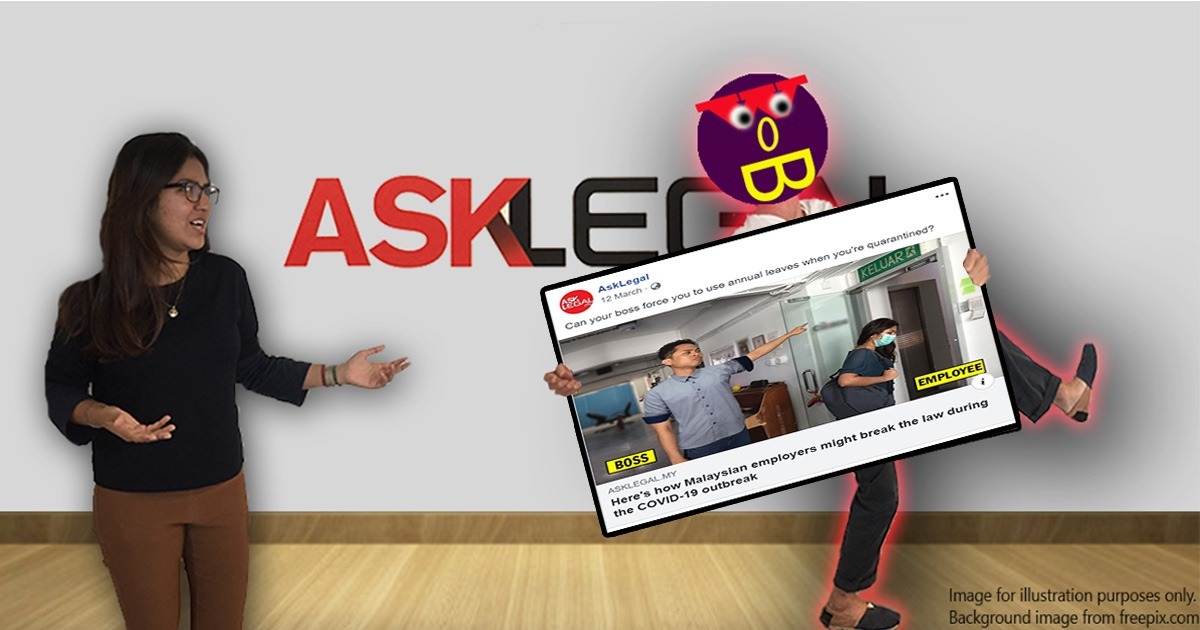 Can Malaysian websites sue for plagiarism? We find out after our article was "stolen"

Recently, local media site World of Buzz found itself in a world of buzz when the Malaysia subreddit placed a one-month ban on all WOB content after deciding that they breached Reddit’s policy against self promotion. You can read more about it here, but essentially the moderators made the decision after investigating claims that World of Buzz was using fake accounts to share their content and to defend the site against criticism.

News of this ban surfaced even more criticism, most notably claims from an ex-employee and an ex-intern – with allegations that leg day was skipped when it came to practicing journalistic integrity:

“I was immediately told that I had a strict KPI to follow, 3-5 articles a day ... If you remotely know how news reporting and video production works, you’ll know that this is practically impossible. Hence, why so many articles they publish are basically rip-offs of some other news source.” – World Of Buzz ex-intern, quoted from Reddit

“[T]hese writers [...] have to scour everywhere for the most gossip-filled content that would appease the makcik2 bawangs out there, despite not having properly sourced for its legitimacy.” – ex-Content Lead, quoted from Reddit

This segues into an incident last year, where we called out several media sites for allegedly stealing our article on kenduri tents. And this year, we don’t even need to use “allegedly” because our writers found themselves on World of Buzz’s feature image for an article which contained ‘similar’ facts with the one we posted a few days ahead of them:

As you can see in the image above, we called them out for it and the image was taken down. Now this issue can be seen from two main angles: The first is on a personal note, as our writers did not consent to their faces being used on another site—and second, if media sites can repost something posted by other sites in the first place.

So the interesting question here is, would it be possible to sue other sites for plagiarism, if our content/work gets stolen?

No, we can’t sue anyone for “stealing” our work :(

Well, more accurately, we can file a lawsuit but there’s a pretty high chance we’ll be losing the case.

This is because the site didn’t exactly copy-pasta our articles, which would amount to plagiarism. Let’s briefly take a look at what our copyright laws actually say.

In Malaysia, the law that governs this area is the Malaysian Copyright Act 1987 and protection is given to any piece of work that is regarded to be original, so long as it is expressed in written/tangible form.

Plagiarism isn’t legally defined in the Malaysian law—however it is widely understood that producing a document without the original creator’s permission can amount to a copyright infringement. However, it’s not plagiarism if you were ‘inspired’ by a certain work, but made sufficient efforts to make it original in its own right; as explained in Section 7(3) of the Act:

“(3) A literary, musical or artistic work shall not be eligible for copyright unless—
(a) sufficient effort has been expended to make the work original in character; and
(b) the work has been written down, recorded or otherwise reduced to material form.”

So to bring it back to this current drama, the easiest claim of plagiarism will be thrown out the courtroom window...if we plan to sue someone for using our images or writing similar content.

Now if another media site published similar articles with similar angles within hours of ours, we actually can’t sue people for copying of facts (Yes, this is a fact). Facts aren’t entitled to copyright laws, so statements like “Water freezes at zero Celsius” or “Trees produce oxygen” or “It would be ironic if someone steals this article” are factual statements that cannot be copyrighted.

So although it’s highly coincidental that World of Buzz wrote was suddenly inspired to write about employment laws out of the blue and decided to use a similar image—they referenced rules and facts that can be found in Malaysian law.

Well, if we’re looking purely at written content posted on websites, it’s not going to be easy. While there are steps to file copyright protection for your work, it means that you’ll need to do it for every article that you publish—an impossible task if you publish once (or more) a day.

However, there are other creative ways that other sites have taken to hit back at content stealers. One example is myth debunking website Snopes.com, who put up a fake article about the origin of the song Sing a Song of Sixpence. This “information” later “inspired” other sites to write it as fact without citing Snopes as the source; and even found its way into a card game – effectively proving that these companies took content without attribution and didn’t bother verifying their information.

Rest assured though, Asklegal will never (and can’t) do such a thing as we spend a lot of time making sure that our content is as accurate as possible.

Instead, the best option available for most websites is really to name and shame, either as a reminder to give credit where its due; or for the satisfaction of making sarcastic jabs at them...like what this site did.

As an additional fact, while the Malaysian Copyright Act does provide some exception for situations where content can be reproduced for purposes of reacher review or reporting, it states that this must be accompanied by acknowledgement of the original source.

“(2) Notwithstanding subsection (1), the right of control under that subsection does not include the right to control—
(a) the doing of any of the acts referred to in subsection (1) by way of fair dealing including for purposes of research, private study, criticism, review or the reporting of news or current events: Provided that it is accompanied by an acknowledgement of the title of the work and its authorship, except that no acknowledgment is required in connection with the reporting of news or current events by means of a sound recording, film or broadcast;”

TLDR; content creators may be less mad if you at least gave them credit.

So why is Asklegal making a mountain out of a molehill?

If you were to ask anyone in digital publishing how much of a problem content theft is, it’s likely they’re going to tell you that it’s a common problem (here’s an example from Cilisos). If they say otherwise, check their laptop keyboards for signs of extreme wear and tear on the Ctrl, C and V keys.

Legalities aside, it appears that World of Buzz made a public apology and one on subreddit over the issues involving the media company. As much as we’re flattered to be part of another site’s post or get our work ‘quoted’ due to the legitimacy done on the research—we still feel sense of dejection to see 3 days of work being taken by someone else in 3 minutes.