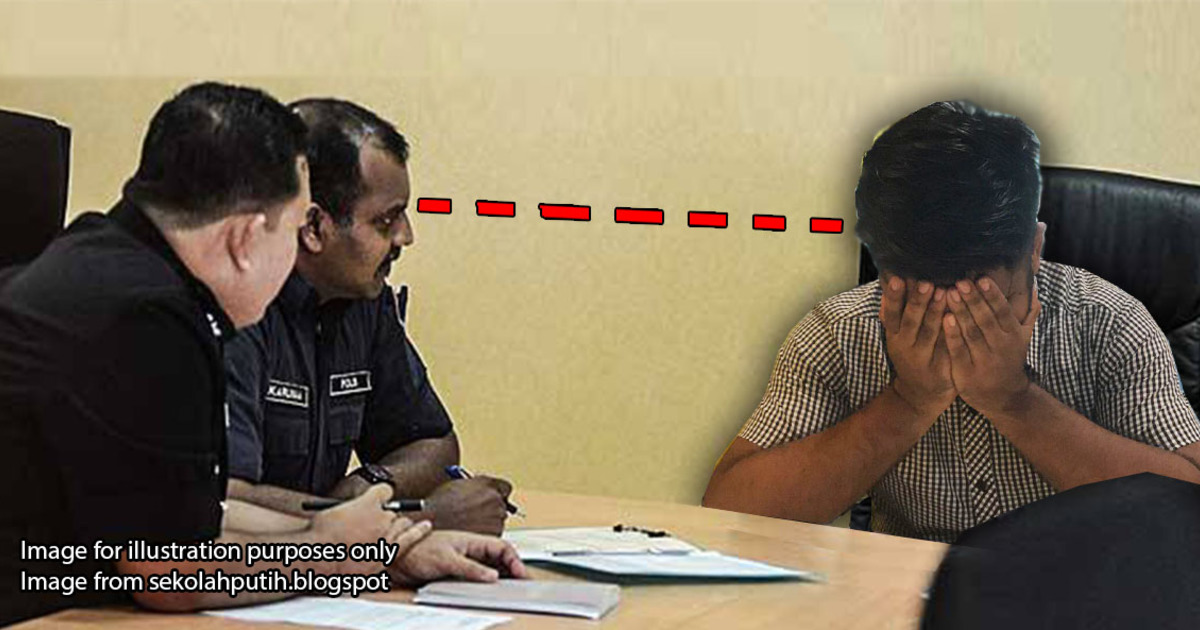 If someone confesses to a crime in Malaysia, why must they still go to court?

In a dimly lit interrogation room, a suspect sits on an uncomfortable metal chair while two police officers ask him a series of questions. They’re playing the good cop/bad cop routine, hoping they’ll get information for a murder investigation. As the hours pass by, the suspect finally breaks and says “ It was me, I did it”. He has confessed to the crime.

While it’s common to think that after the confession, the next step is to chuck the suspect into jail and throw away the keys – basically case closed. The reality is actually more than different, because a confession may not be enough to find the suspect guilty in court. Under Malaysian law, a confession is merely a piece of evidence to be used against him, and it has to be weighed against all other evidences.

A confession therefore, is not really different from from a murder weapon with the suspect’s fingerprints all over it. Only once the court decides that all the evidence is enough to prove the man’s guilty, then he can be sent to prison.

So for a confession to be used in court…..

The confession must be admissible under the law

When it comes to presenting evidence in court, not all evidence will be allowed in court. Take for example a murder case involving a stabbing. The prosecution can’t simply present any random knife in court, they’d have to present the murder knife itself.

It’s similar with confessions too, because not all confession statements will be admissible unless it falls under Section 17 of the Evidence Act which says:

“A confession is an admission made at any time by a person accused of an offence, stating or suggesting the inference that he committed that offence.”

The section simply states that a confession is nothing more than a suspect saying he admits to committing the crime.  So if a suspect says:

But as you may already know, even if a statement can be considered to be a confession under the law, the law usually has exceptions. A confession can’t be used if….

The confession was not obtained properly

The exceptions we’re about to discuss exists to protect the rights of suspects, and also to make sure that the PDRM don’t abuse their powers. Because although a confession may just be a piece of evidence, it can carry quite amount of weight in relation to guilt. So these exceptions exist to ensure that a confession comes out willingly from a suspect, and it’s obtained very carefully.

The first instance which would make a confession unusable is where...

There was an inducement, threat, or promise

To make sure a confession is given willingly and truthfully, there are certain things the PDRM can’t do.

Under Section 24 of the Evidence Act, the PDRM can’t threaten, induce, or make a promise to the suspect to get a confession. This is because, it may result in the suspect confessing just to avoid harm or get an “easy way out”– which means the confession is at risk of not being true.

This provision was applied in the case of PP v Naikan, where a man confessed to shooting a woman because he mistook her for a pig (don’t ask why, we couldn’t find out why either). During the questioning, he confessed, after being told “You had better tell the truth”, and the court said that was enough to become a threat. Therefore, his confession couldn’t be used.

The confession was obtained as a result of OPPRESSION

Malaysian law prohibits the use of a confession in court, if it was obtained as a result of oppression.

I’m sure you would’ve seen in terrorism movies, interrogators using torture methods to obtain information from terrorism suspects. Unfortunately, using such methods isn’t just cruel but it can result in the suspect giving information just to avoid more harm – and again, the information may be at risk of being false.

Following the case of PP v Dato Mokhtar Hashim, which involved an interrogation for a murder case which took extremely long hours, the court held that the long hours amounted to oppression. The court further said that oppression will be where the interrogation saps the free will of the person. So it doesn’t necessarily mean someone has to get beaten up, because depriving someone of food and interrogating him for hours would be enough.

This provision has less to do with protecting the rights of the suspect, and more to do with ensuring appropriate conduct by the PDRM.

The confession was given while in custody

When a person is arrested or brought to the police station and then later confesses during an interrogation, the confession can’t later be used as evidence. If there’s an intention to use a confession of someone under police custody, they have to do so according to Section 26 which states:

“...no confession made by any person whilst he is in the custody of a police officer, unless it is made in the immediate presence of a Sessions Court Judge or Magistrate, shall be proved as against that person.”

So technically a confession of someone while in police custody can be used in court, but that confession has to be made in the presence of a Magistrate or Sessions Court Judge.

Simply put, a confession is a strong piece of evidence and that’s why it’s allowed in to be used in our courts against a suspect. However, because a confession is capable of putting someone in jail – our laws ensure that confessions are obtained following strict procedures. If these procedures aren’t followed, a confession could be worthless as it can’t be used in court.

In essence, it’s not always the case that if someone confesses to a crime, that person is guilty. A confession must be given voluntarily and freely.