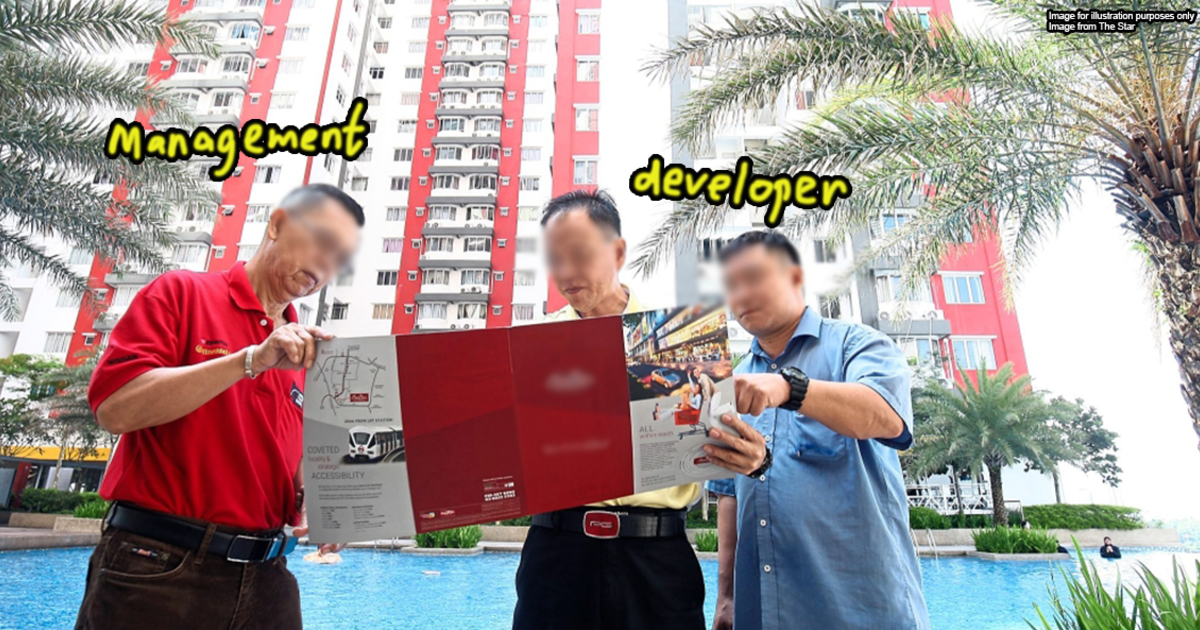 If you’ve read any of our condo management/developer articles, it’s usually to do with how can you sue them, how they can sue you, or just what to do if you have an issue with them, in general.

[READ MORE: 4 things your condo management can sue YOU for in Malaysia]

But recently, there was a rather interesting case of a condo management who sued the developer nearly 10 years after the housing was built. Specifically, it was the management corporation who sued the developer for cracks and damages in the common area, meaning the places that are shared by all the residents. But in order for you understand the story better, you must first know that...

If you own a strata property, such as a condo, apartment or any gated property, you would have a management that runs the place. Besides maintaining the area, the management body is legally obliged to collect maintenance fees and sinking funds from you, impose certain rules, provide security for the area, and so on.

Now, if you didn’t already know, your management will actually take different forms over the course of a few years, meaning that the management body that you had when you first bought the house will be different from the one you have 10 years later. This is basically how that progression happens:

The specific duties and responsibilities of each type of management can be found in the Strata Management Act 2013.

Now that you know the distinction between the 3, we can get back to the story.

A management corporation sued a developer for defects

In the recent case of Dua Residency Management Corporation v Edisi Utama Sdn Bhd, it was the management corporation (MC) who decided to take the developers to court, so no homebuyers were involved here. The problem started way back in 2010 when some cracks and defects started appearing in common areas shared by all the residents, such as the swimming pool. More and more defects started appearing over the years, and finally, in 2019, the MC decided to sue the developer.

We’re not going to go into the judgment in detail, but we’ll tell you the outcome of the case. The MC sued the developer for two things:

But the interesting bit is that the court found the developer liable for negligence, which means that developer had failed to take reasonable care in performing their duties. The court also found the management corporation had suffered losses due to the developer’s poor workmanship, as they had to cover the costs of repairs.

Although the home agreement was only between the developer and homebuyers, the developer had failed to fulfill their duties, which was to provide a housing that was safe and in good condition. And although the management wasn’t a party to this contract, they were also affected by the developer’s actions...or lack of them.

The court also specifically found the developer liable for the poor workmanship of the swimming pool, as the waterproofing works were done by them. However, the court said that the developer wasn’t responsible for another issue, which was the defects in the construction movement joints and open deck. This, they said, was just to do with poor maintenance and upkeep—nothing to do with poor quality of work.

What does this mean for homebuyers?

Even though this is a case between the developer and the management, it does affect homebuyers as well...which is why we decided to write this article for you.

Like we said earlier, most cases are usually between homebuyers and developers. We even wrote a specific article on how homebuyers themselves can sue developers for cracks and other defects:

But let’s say that you’re unable to sue your developer for whatever reason. The good thing is, this case allows your management body to sue for you instead. It simply gives you a better chance at getting compensated.

Besides that, it also now puts more responsibility on developers to be more careful in their work because if they don’t, they might be sued by homebuyers AND management bodies.

Finally, you know now that if something is up with the quality of work in your house, complaining about it to the management isn’t the only avenue available to you. Your management can actually help you get some legal recourse which can be heard in court instead of the Housing Tribunal alone.

But besides cracks and defects, you might also be unhappy if the condition of your area on the whole is run down and poorly maintained. For that, you’ll need to take your management to court and not the developer. If you’re thinking of doing that, you can read the article below: