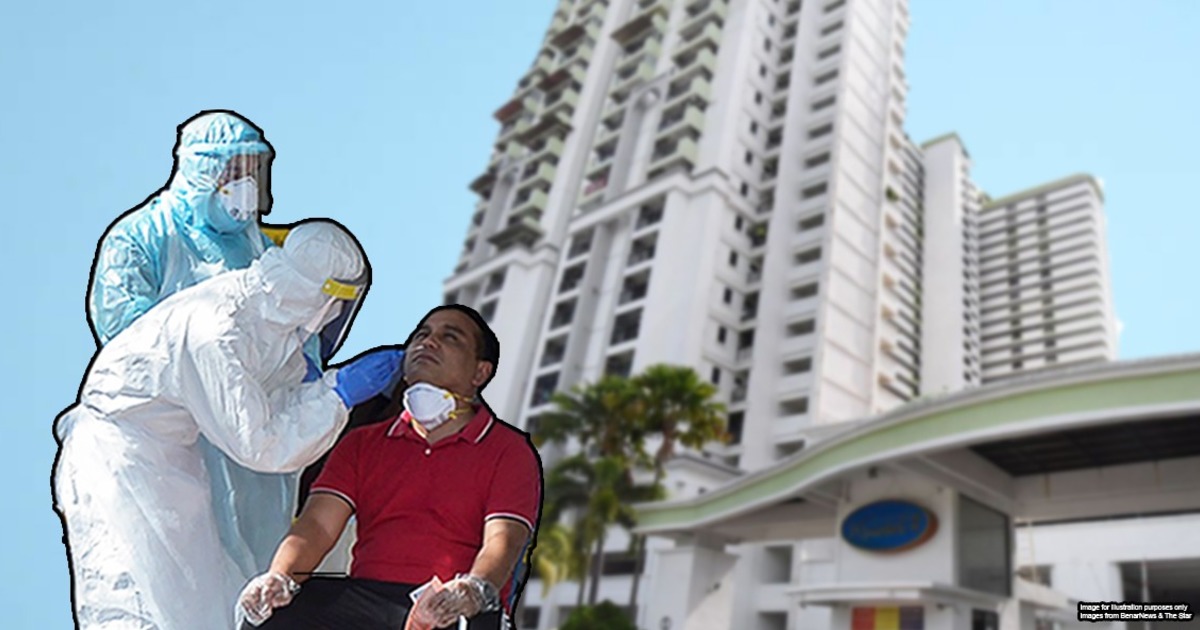 Can condo managements in Malaysia force residents to take a Covid-19 test?

Just recently, there were several news headlines on condos that were making it compulsory for residents to take a Covid-19 test. If the residents failed to produce the test results, they would be denied entry. There were also several condos that specifically wanted residents who were foreigners to take the test.

Many netizens—even those who don’t live in condos—were confused as to how the whole thing would actually work. We came across many of these comments on Facebook:

But people also weren’t sure if condos actually had the legal right to deny a tenant entry into his own home if he didn’t take a Covid-19 swab test.

Senior Minister for Security, Datuk Seri Ismail Sabri said there wasn’t any policy for this on a national level that could allow all condos nationwide to follow this practice. This means that this requirement was not on the same level as other policies, such as those that make mask-wearing mandatory and restricting travel to 10km only. He later amended his statement and said that this requirement could apply to foreigners, but not to locals.

However, he also said that condo managements can come up with their own rules for residents.

“Closed housing, condominium or apartment areas are private areas where the management can make their own rules for their areas...”

He also mentioned that condo managements can prevent visitors from coming into the area. But coming back to the swab tests, if there isn’t a policy on it, can it actually be mandatory?

Condos and apartments, which are strata properties, fall under the Strata Management Act 2013. That Act generally explains how the property should be cared for and maintained by the residents and the management. This is also the Act that gives the management its powers to come up with their own rules (more on this later).

“So if you are talking about a by-law under the Act, I don’t think it can be done to deal with Covid-19-related matters. That would have to come from another law because the SMA 2013 is too specific of an Act to deal with anything other than what it was created for.

“Requiring people to take a swab test to enter their apartment does not fall under this as it is not related to property maintenance,”

- Lawyer Fahri Azzat, as quoted by the Malay Mail

So if the SMA 2013 which governs strata property matters also doesn’t allow for it, where else can condo managements get the right to make testing mandatory?

Can condo managements make their own laws?

Besides the SMA 2013, another set of rules that can run concurrently with them are the by-laws (smaller laws) enacted by condo managements. Each condo management would have their own by-laws that would suit the condo residents best. These laws can cover, for example, the right for them to clamp your car if you blocked another car, or to bar your access card if you didn’t pay your maintenance fee. But managements can’t just enact their own laws as and when they wish.

If you don’t already know this, a condo management, which is also known as a Joint Management Body (JMB) or Management Corporation (MC) must involve the residents in their decision-making. For this reason, AGMs are supposed to be held to discuss important issues faced by the parties. In coming to decision, a vote must be held, and the option with the majority vote has to be followed. It’s actually a legal requirement under the SMA 2013 to have this AGM, and managements that fail to do so can be penalized. However, due to Covid-19, managements are allowed to not have any meetings until its safe to do so.

Basically what this means is, condos could use their powers to enact by-laws and make Covid-19 testing mandatory for residents. But as there are no AGMs being held at this point, they wouldn’t have gotten the permission of the majority of residents to pass such a rule. But one way that they might make this ‘legal’ is if everyone unofficially agreed to such a rule through a ballot or some other means.

Condo managements can get sued

Now just because they might be able to pass such a rule, this doesn’t mean that condos can discriminate and target certain groups of people to get tested—especially if there’s no proper justification for it. Condo managements that single out these people or even impose rules that the majority of the residents aren’t okay with can end up getting sued.

If you’re in such a situation and your condo management isn’t coming up with an alternative solution, try reaching out to a lawyer to see what avenue would be best for your case.