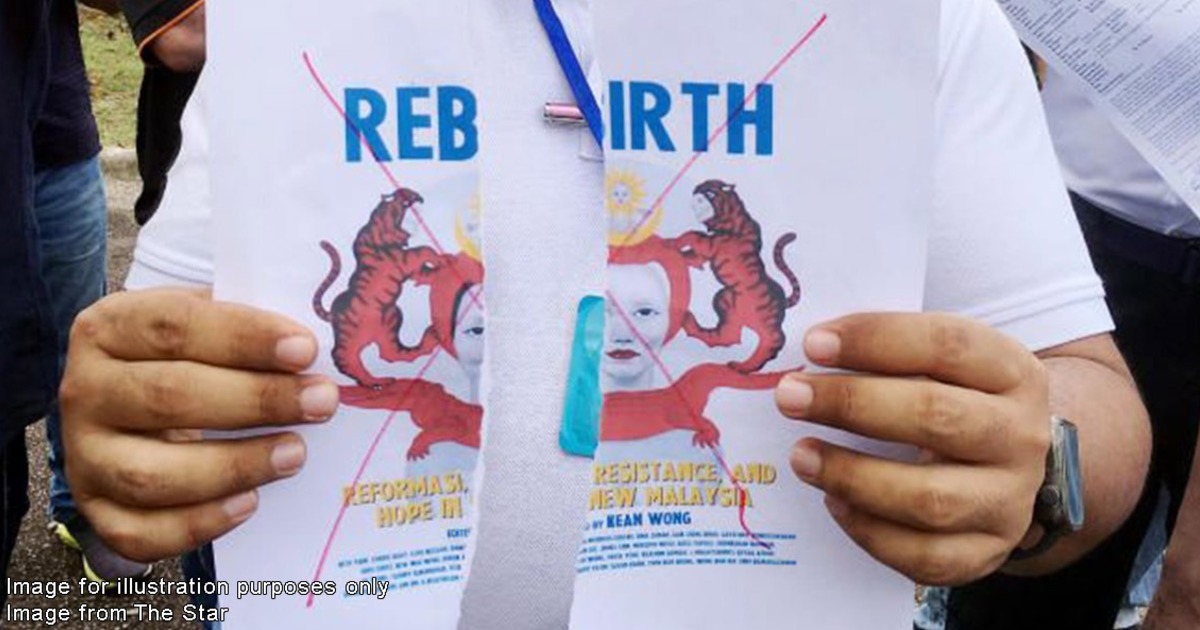 Why is it illegal to use Malaysia's coat of arms?

If you haven’t heard already, a book publisher is being investigated for using a modified image of Malaysia’s coat of arms, Jata Negara, on their book. The book, Rebirth, published by Gerak Budaya, has since been banned. 313 copies of the book has been seized out of the 1000 that was printed.

Besides potentially being a collector’s item now, the book is said to insult Malaysia’s coat of arms. The book’s cover used a painting by local artist Shia Yih Yiing, and was actually displayed in a local gallery in 2014. It did not receive any complaints back then.

Despite making the news, this might be the first time most people have heard of the term coat of arms, or Jata Negara. But why would imitating a coat of arms be a crime, and even considered insulting? Besides “Duh, that’s what the law said,” we decided to look deeper. And the answer might be more than what the Jata Negara symbolises.

It started on the European battlefields

Just like our laws, the use of coat of arms were imported from the British. Despite coat of arms being commonly used to describe the whole Jata Negara, it’s not actually...accurate. In heraldry, a subject that studies as well as regulates these types of symbols, the coat of arms refers only to the design on the shield. The whole symbol, complete with the standing tigers and motto, is called a heraldic achievement.

Still, even if you don’t know the proper name, you’ve probably seen it in movies or TV shows like Game of Thrones. It’s generally meant to symbolise an individual, whether it’s a king, nobleman, or a knight. For countries that do adopt it, it is considered as a symbol of the country. According to Hakim Sutton, who studies heraldry:

“Arms serve the same purpose as logos and trademarks. They identify a particular thing as belonging to the person or country. That is to say, they provide a clear and distinguishable visual reference which allows for easy identification.” – Hakim Sutton, in an interview through WhatsApp.

The name comes from its use on European battlefields. Back in the early middle ages, knights were typically decked head-to-toe in armour. Because of that, it can be hard to distinguish friend from foe in a battlefield. To solve it, they decided that everyone should wear distinctive coats that is easily recognisable. This is what they mean by coat of arms – the design. The designs are distinctive, and you can’t have the same design as another person.

Most people at that time were also illiterate, so having a visual symbol solved the problem of having to start a literacy campaign in the middle ages.

“One may not be able to read but everyone can recognise a pictorial representation. Most if not all countries have either a coat of arms or an emblem. The difference between emblems and coats of arms is that the former do not respect the rules of heraldry. The similarity is that both embody the identity of a country.” – Hakim

Despite its purpose of identifying a country, not everyone can use the coat of arms.

The coat of arms belongs to the king

A majority of countries have both a flag and a coat of arms, but it’s not a necessity. However, monarchies tend to have both. For example, the United Kingdom have both the Royal Coat of Arm and their flag, the Union Jack. Similarly, Malaysia has the Jata Negara and the Jalur Gemilang.

However, only one person is allowed to display a particular arms – the owner. And in our country, the owner of the Jata Negara is our king.

“In constitutional monarchies like Malaysia and the United Kingdom, a government exercises powers on behalf of His Majesty The King hence why the government frequently manifests its identity in the arms of the Sovereign. We mortals are not entitled to use it nor display it on a banner of arms.” – Hakim

So besides the monarchy, only our government is allowed to use the Jata Negara. For everyone else, you would need written permission from the government. In Malaysia, using the coat of arms without permission is an offence punishable under the Emblems and Names Act 1963.

However, the rakyat are still allowed to use the flag, as it’s meant to show solidarity with our country. It’s not subjected to the same laws as the Jata Negara. Even so, there are still laws to observe when using the flag.

[READ MORE: These 2 Malaysian laws have been protecting our National Flag and Anthem for 54 years ]

Why is it important to protect it?

When someone besides the king or the government uses Jata Negara, is it more of a trademark issue, or would it fall under insulting the majesty?

But there’s a reason for it being framed in intellectual property terms. Using, or rather misusing, a country’s coat of arms may give a business an unfair advantage, as it can imply that the monarch or government is endorsing the business’s product.

Besides getting a competitive edge, it can also be used by scammers to deceive the general public. For example, a citizen may think he is communicating with a government organisation, as that organisation is using the country’s coat of arms.

In the middle ages, when one used an arms already adopted legally by another, it was (and still is in Scotland) considered an offence. This was because such an act was considered usurpation – challenging the owner’s rights to the coat of arms, as well as their legitimacy as the descendent of the line.

Back then, doing so nearly started a war. Between 1559 to 1561, Mary, Queen of Scots, who had a competing claim to the throne of England, publicly displayed the arms of England, thus laying claim not only to England itself but the English Crown. Thiry, an English historian, had suggested that this act brought England and France to the brink of war. So using someone else’s arms is not a small issue.

Can you make an artistically inspired version of Jata Negara?

Under our laws, you can’t use the coat of arms without the government’s permission, or any colourable imitations. But the term colourable imitations doesn’t just imply a different colour. This term refers to a trade mark test used in intellectual property disputes. Basically, for this article’s context, it’s whether the design on the book cover resembles Malaysia’s coat of arms, or if it’s likely to cause confusion or might deceive.

This isn’t heraldic law, which is the laws that govern arms including its design and uses. Under heraldic law, as long as there’s a change in colour or elements in the design, you’re free to use it. In modern intellectual property context, this would be a reproduction of those arms, but with minor changes that may cause confusion or deceive the general public.

One example would be the Royal Arms of the UK, and the stylised version which is also used by the UK government. A similar one for Malaysia  would be the Jata Negara and the black and white versions of it that you might find on an exercise book cover. Using any version of it without permission can get you in trouble with the law.

However, Lawyers for Liberty has claimed that the Rebirth book cover does not resemble the Jata Negara. According to them, the law merely states that you can’t use it without the written permission of the ministry. They also added that there is no prohibition of artistic renditions inspired by the Jata Negara, and no one would mistake it for the country’s actual coat of arms.

But whether it’s insult or inspired, we’ll have to wait and see what the case heralds.