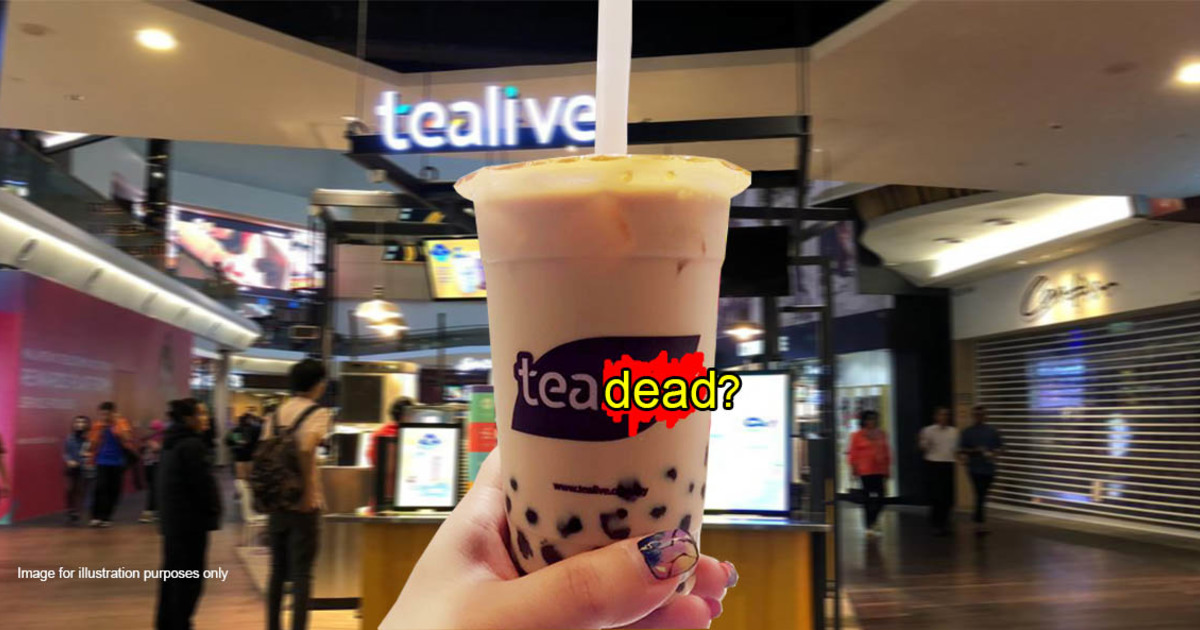 Will Tealive need to close their shops in Malaysia? The Malaysian courts say no.

This article was co-written by Dinesh Sadhwani, a practicing advocate and solicitor of the High Court of Malaya; and UiHua, Asklegal editor.

You bubble tea lovers out there may remember a time when Chatime was the hottest place to be, with lines forming faster than outlets could open. And then, a really weird thing happened - Chatime disappeared overnight, and a new brand called Tealive took their place.

But in the background, a legal drama was bubbling up and, in the most recent development, Tealive was asked by the Malaysian Court of Appeal to cease operations – basically to close shop. Tealive

The story is pretty twisty, so let’s start with how the legal drama began in the first place...

There is no “fren” in franchise 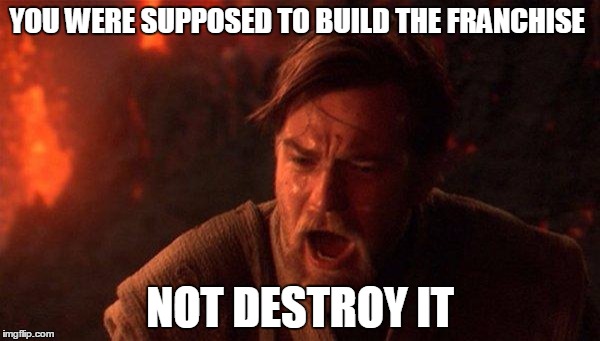 If this article was a bubble tea, the detail level will only be 60% as we’re only focusing on the major facts and arguments that led to the current scenario. If you’d like the full details, you can read the full court judgement here.

In a nutshell, La Kaffa appointed Loob as a Chatime franchisee in 2011 and, as per normal practice, entered a franchise agreement for this purpose. We will discuss franchise law in more detail in another article soon but, in a gist, if you are appointed as a franchisee, it would usually mean that you have been granted a right by the brand owner / franchisor to operate a business using the brand and concepts owned and developed by the franchisor. As an example, KFC, McDonald’s and The Coffee Bean are some of the globally famous brands which are franchised in Malaysia.

What makes a franchise different from setting up your own business is that, while you have the support of the franchisor in aspects of branding and product expertise, you’re also bound by the rules of the franchise agreement and law – in this case the Franchise Act 1998. In general, it means that you cannot freely do things like misuse the franchisor’s intellectual property, open a side business with an identical product, or replace ingredients without prior approval from the franchisor.

So if you’ve ever wondered what the difference was between Chatime and Tealive – this is essentially the reason La Kaffa took Loob to court. There are two points of focus here:

On the other hand, section 27 of the Franchise Act states that a franchisee is required to guarantee to a franchisor that they will not engage in a similar business during the franchise term and for two years after the expiration or earlier termination of the franchise agreement.

So if you put both these points together, the next question will be why did Tealive spring up a month after the Chatime contract was terminated, and why have they been in operation all these years?

This is where it gets interesting.

Note that we mentioned the Court of Appeal in the beginning of the article. That’s because La Kaffa had to appeal against an earlier decision made by the Malaysian High Court. To quickly break it down, La Kaffa asked the High Court for two things:

For the sake of simplicity, we’re referring to La Kaffa as “Chatime” and Loob as “Tealive” for the rest of the article. You’re welcome.

The High Court granted the mandatory order, which means Chatime were entitled to get their sensitive stuff back, but didn’t grant the prohibitory order. One of the reasons was that the High Court agreed with Tealive’s argument that the prohibitory order would negatively affect the livelihood of over 800 employees as well as various third parties such as suppliers, bankers and landlords. Also, the judge was of the opinion that the damages that Tealive would need to pay Chatime would make up for this.

By the way, if you’re reading the judgement yourself, you may find that when referring to the prohibitory and mandatory orders Chatime asked for, you’ll sometimes find the word “injunction” used instead of “order”. Very simply, an injunction is a type of order and, for purposes of easy understanding, you can take them to mean the same thing. Otherwise, read more on injunctions here.

...But the Court of Appeal did!

The contract and the law says no

The Court of Appeal acknowledged that the franchise agreement provided for compensation in the event of a breach of the competition restriction (i.e. US$10,000 for each breach + others mentioned earlier) – though it’s noteworthy that this is merely what is specified in the franchise agreement and has not been paid by Loob yet as the dispute is ongoing. Having said this, the Court of Appeal said that, although compensation is provided, it does not mean that the court should allow someone to continue doing something that they aren’t legally allowed to do in the first place.

The COA basically said that, on the face of it, Loob’s conduct is in breach of both the franchise agreement and the Franchise Act, so the potential negative impact on stakeholders (employees, bankers, landlords, etc) is not a justifiable reason for not granting the prohibitory order (which is the opposite of what the High Court thought).

Does this mean Tealive will have to close down? 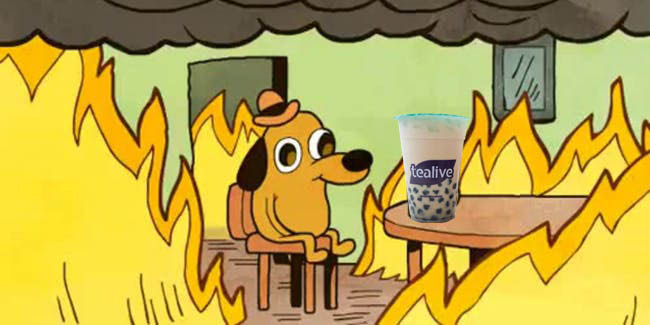 In short, the legal implication of the Court of Appeal’s decision is that Tealive will have to immediately cease to operate their outlets and any other businesses that may be in competition with Chatime – if Tealive does not comply with the court’s order, they could be held in contempt of court. Contempt of court basically means that someone is interfering with the administration of justice, and can be fined or jailed.

Some of you may be wondering – since Tealive intends to appeal, will the prohibitory order still apply? Can they still remain open? This is where the significance of applying for a stay comes in. A stay application is usually made by a party who has lost a case to request for the order / decision to not have effect yet, usually until the losing party has exhausted its appeal rights. In this case, Tealive is seeking permission to “hit the pause button” on the Court of Appeal’s order for them to stop operations.

At the time of writing, there is no update on whether either have been granted. the Court of Appeal rejected the stay application, meaning that Tealive cannot operate while waiting for the Federal Court (if they followed through with this), for the reasons already explained in the update section of this article.

But there’s another part to this story – taking place in Singapore!

One point to bear in mind is that the Malaysian court proceedings are just one part of the legal battle between Chatime and Tealive. As mentioned in the beginning of this article, the ORIGINAL cause of the entire drama is that Chatime claimed Tealive (Loob) allegedly committed various breaches of the franchise agreement; which led to that agreement’s termination.

As part of the franchise agreement, both parties agreed to settle any disputes through arbitration in Singapore. Arbitration is basically when two parties agree to let a neutral third party resolve the dispute for them. In a way, it’s like suing someone in regular court, except in a private setting (in this case being the Singapore International Arbitration Centre) where the proceedings and judgments can be kept private. Look out for a full article on arbitration in the future.

[UPDATE] The Court confirms that Tealive needs to close their shops

If you’ve already read this article, this update will make complete sense. If this is your first time here, do read the rest of the article for a proper background and explanation of terms used.

You can view the full court judgment here, but for the sake of easy understanding, we’ve summarized the reason for the rejection into two main points:

1. Tealive didn’t say that they made an appeal to the Federal Court

Despite Tealive stating to the media that they would make an appeal to the Federal Court, this appeal was not mentioned in their affidavit (basically the formal request) to the Court of Appeal. It’s not certain why this wasn’t mentioned, as there’s no reason given in the judgment.

However, because they are asking for permission to continue operating while they made their appeal to the Federal Court; not mentioning it in the affidavit can be taken to mean that no appeal was made.

In other words, the judge rejected their request because they didn’t have a reason to make a request in the first place.

2. They kinda brought it upon themselves

The judge basically acknowledged that what Tealive was doing was wrong; against the Franchise Act 1998 and the franchise agreement signed between Tealive and Chatime – elaborated on more in the article below – and therefore will have to bear the burden of the law despite Tealive’s argument that closure would affect the livelihood of their employees and related third parties.

This can be seen in the example below:

Or perhaps in a more direct statement, the judge flatly said:

Oh, and the Court of Appeal also ordered Tealive to pay RM15,000 in costs.

But to reiterate the point, this is not the end of the road for Tealive, as they can still appeal to the Federal Court

Federal Court has granted stay to Tealive as shown in the press release sent to us. We’ll be updating this further once we get the court judgment.