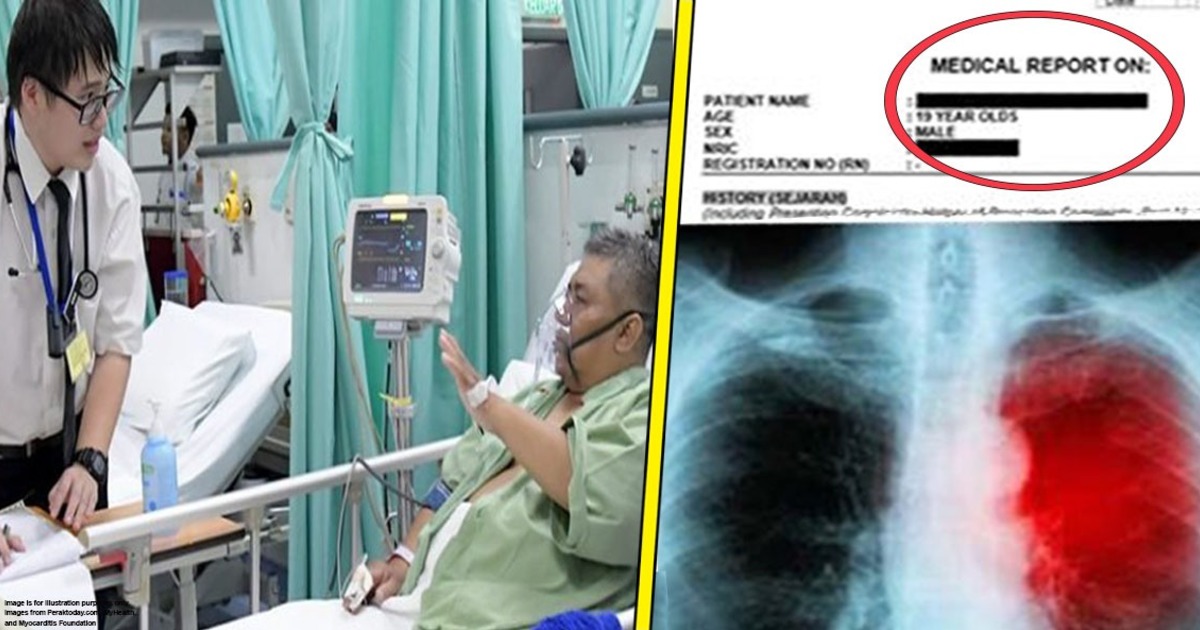 5 times Malaysian doctors CAN reveal medical records without your consent

Think of the last time you fell sick and went to see a doctor at a clinic or a hospital. Your doctor tells you that you have a pain in the ass haemorrhoids (touch wood x3) and the doctor scribbles illegibly on your medical record (or types the diagnosis into his computer). If your friend goes to the same doctor and your doctor tells your friend about your illness, there’s a good chance that you’ll feel embarrassed and hate your doctor for doing this, but did you know that it is illegal for a doctor to tell other people about your medical history/status?

According to the first principle in the Confidentiality Guidelines published by the Malaysian Medical Council (MMC),

“Patients have the right to expect that there will be no disclosure of any personal information, which is obtained during the course of a practitioner's professional duties, unless they give consent.”

Any doctor who ignores this principle will be subject to disciplinary proceedings conducted by the MMC. Section 30 of the Medical Act 1971 states that,

Generally speaking, medical records are confidential in Malaysia. And if doctors fail to keep yours a secret, they could lose their licence and will be forced to pay you for exposing your private medical record.

However, the Confidentiality Guidelines gives a few situations that lets doctors release their patients’ medical records, even if the patient does not consent to it.

If you’re a suspect of a criminal investigation, your doctor will be forced to release your medical records to the police to identify the true criminal, without needing to inform you. Because there are not a lot of known Malaysian cases for this area of law, we’ll be using cases from the UK to explain. [READ MORE: Where does Malaysia get its laws from?]

In the UK case of Hunter v Mann, two patients were suspected of stealing a car and was injured while making their escape. The doctor who treated them was asked by the police to release their medical profiles to identify whether they were involved in the car theft. When the doctor refused to release the records, he was found guilty under Section 168 of the Road Traffic Act 1972 which says:

So if you happen to fall from a tree while trying to steal your neighbour’s rambutans, the doctor who treats your injury MUST release your medical profile if the police asks for it to investigate the rambutan theft.

This means that if a statute or a court asks for your medical records, your doctor CANNOT say get lost no.

A statute is basically any written law, like the Child Act 2001 or the Road Transport Act 1987. An example of a statute which compels doctors to release records is Section 10(2) of the Prevention and Control of Infectious Diseases Act 1988 which says,

This means that medical practitioners must notify a Medical Officer of Health if they have a patient with an infectious disease. To put it in context, someone who is infected by the H1N1 virus must be referred to a hospital. If this is not done, the doctor who knew about this infection would be fined or jailed because Section 24 of the Prevention and Control of Infectious Diseases Act says,

This is when a doctor is asked by the court to testify or give evidence about his patient. The Confidentiality Guidelines provide,

“19. The practitioner shall disclose information if ordered to do so by a judge or presiding officer of a court...”

In Public Prosecutor v Dato’ Seri Anwar bin Ibrahim & Anor, the prosecution asked Dr Fadzil to testify as a witness in court about his patient, Sukma who had a homosexual relationship with his adopted brother and business partner. It was legal for Dr Fadzil to speak about Sukma’s medical history because he was asked to do so by the court.

In short, when the law wants it, the law will get it.

3. When it’s done for the patient’s own good

The third situation where your consent is not needed is when your doctor sees that it is in the patient’s best interest to release his/her medical records.

A common example can be found in the Confidentiality Guidelines is the situation of a terminal illness:

“32...a practitioner may judge that it would be in a patient's interests that a close relative should know about the patient's terminal condition. In such circumstances information may be disclosed without consent.”

So if you’re thinking of hiding a fatal illness from your mother to not worry her, know that your doctor will disregard your wishes and inform your closest family members about it.

Another example is where medical status is released for the patient’s best interest is in situations of abuse:

4. When the doctor thinks you would’ve consented anyway

Imagine that you are undergoing an operation, unconscious from anaesthesia. Suddenly, an emergency happens which requires immediate treatment or you’ll die. Your doctor cannot get you to sign a second consent form before treating you because you’re...well, unconscious. But if you think about it, even if you were awake, you would’ve consented to the treatment to save your own life anyway.

This precise emergency situation is covered by the Confidentiality Guideline as well, which reads,

“25. There will also be circumstances where, because of a medical emergency, a patient's consent cannot be obtained, but relevant information must, in the patient's interest, be transferred between health care providers.”

Another example where you would have consented if your doctor asked you is in diagnosing your illness,

The doctors treating you might not have the expertise needed to cure you and must seek advice from a specialist. Of course, the doctors don’t need to ask for your permission before consulting specialists about the best treatment for you. We trust the doctors to cooperate and come up with the best treatment, just like how we trust Marvel Studios to produce an epic sequel to Black Panther (Subeditor: I’m still not convinced about that [Black Panther]).

5. When there is a risk to the public

This doesn’t just cover infectious diseases like dengue fever but also mentally unstable people who may be dangerous to society. Because it is dangerous to have psychopaths walking on the streets, in the malls, at the parks...

“34. Personal information may be disclosed in the public interest, without the patient’s consent...”

In Tarasoff v Regents of California (Just as how we refer to UK for certain cases, the UK also refers to US in certain situations. A US case is used here because UK doesn’t have one with this level of craziness), the murderer told his psychiatrist about his intention to kill his ex-girlfriend, whom he ultimately killed. The judges decided that the psychiatrist was wrong to keep the murderer’s motives a secret because the right thing to do was to tell the police and/or the victim’s family about the murderer’s intentions.

So, must psychiatrists tell the police about your delusions or frequent mood swings? Not really, no. Before doctors can do this, they must fulfil 2 requirements based on the UK case of W v Egdell,

“The questions that needed to be asked were:
(i) was there... a serious risk…
(ii) would disclosure reduce the risk? "

Malaysia applies this law as well. If such a medical case appears in our country, the doctor can only release medical records which are relevant to investigating what made the patient dangerous to the public. For example, if a patient went around stabbing people because of delusions, the doctor can only release his medical records about the delusion and NOT about the patient’s anorexic history. The extent of disclosure allowed is only the information needed to protect the public.

In a shorter explanation, you’d have to be a super obvious ticking time bomb before your doctor is allowed to tell anyone about your illness.

So, doctors only release our medical records when they are forced to do so. As long as you’re not a suspected criminal and you don’t pose a serious threat to the people around you, your medical status will remain private and confidential.