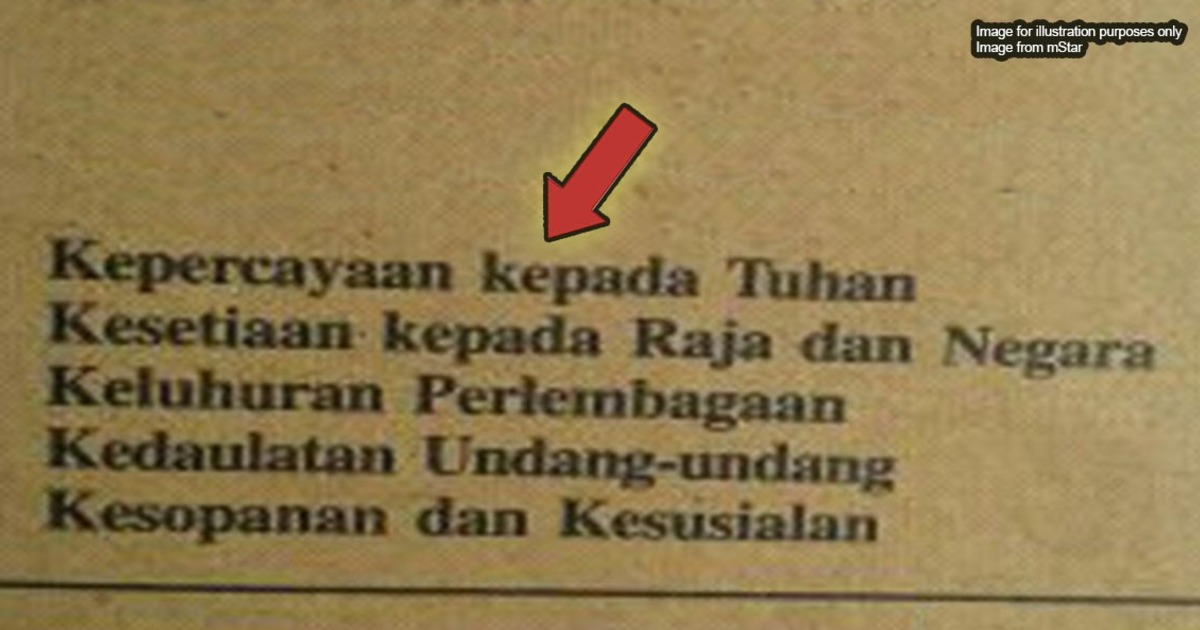 Is it illegal to be an atheist in Malaysia?

The Rukun Negara is something all of us had to say every Monday morning during our school assemblies. But how many of us actually understood what was being said, instead of just repeating a bunch of words after the Head Prefect?  In case it’s been too long since you saw it, we’ll just remind you that the very first of the five Rukun Negara is “kepercayaan kepada Tuhan”, which translates to “belief in God”.

Many of us do have religions and faithfully practice them, while many of us don’t believe in the existence of a higher power. But… what if we fall in the second category? Does the Rukun Negara have any legal bearing on us? Before we get to that, let’s just remember that…

Freedom of religion is guaranteed

Section 3:
(1) Islam is the religion of the Federation; but other religions may be practised in peace and harmony in any part of the Federation.
Section 11:
(1) Every person has the right to profess and practise his religion and, subject to Clause (4), to propagate it.

Does atheism go against the Federal Constitution & Rukun Negara?

“We need to understand, that in the Malaysian context, our Federal Constitution states that freedom of religion is not freedom from religion. - Datuk Dr Asyraf Wajdi Dusuki as quoted by The Star.

He went on to say that by not having any religion, an atheist was going against both the Rukun Negara and Federal Constitution.
A few days after the Deputy Minister had made this statement, a group of lawyers said that he was wrong in saying that atheism in Malaysia was unconstitutional. In short, their arguments were:

The lawyers also pointed out that the Rukun Negara is not a law in itself. It is known as a national philosophy and a guide for Malaysians to live by. But there is no penalty for “breaching” the Rukun Negara, so an atheist cannot be said to be breaking the law by not having a faith. The same goes for the Federal Constitution. There is no mention of atheism in it, and there certainly can’t be a punishment for something that doesn’t even exist. Also, something that is unconstitutional isn’t necessary illegal.

You must have some religion on paper

When it comes to official matters, like obtaining a birth or death certificate, or getting a Malaysian IC, one HAS to indicate a religion on the registration or application form. If you leave it blank or write “tiada agama” (no religion), your application will be rejected. Or they might not even want to take a look at it.

We called up JPN just to verify this with them, and they also confirmed that all applications for certificates or identification cards MUST have a religion on it. It’s perfectly fine to change your religion, but that must be reflected in your official documents.

There may be some very unique circumstances where JPN may allow you to leave the “agama” section blank, but these are very few in number. Most people still have to list some religion in that section.

So, other than compelling you to have a religion on paper, can bodies like JPN take any serious action against you? Once again, because there is no specific law against atheism, they can’t.

So all in all, it isn’t a crime or something that warrants a penalty if someone doesn’t profess a religion. Yes, he or she might have a hard time when dealing with official matters, but that’s as far as it goes. So it’s fine if you don’t want to practice a particular religion, but you must legally belong to a particular faith. Professing atheism might be a moral wrong for some, but what is and isn't a moral wrong is for the courts to decide. And up to now, no court has decided that atheism is a moral wrong.

It must be remembered that all these laws only apply to non- Muslims in Malaysia. For Muslims who renounce their faiths and identify as atheists, the laws of apostasy under Syariah law will apply to them.