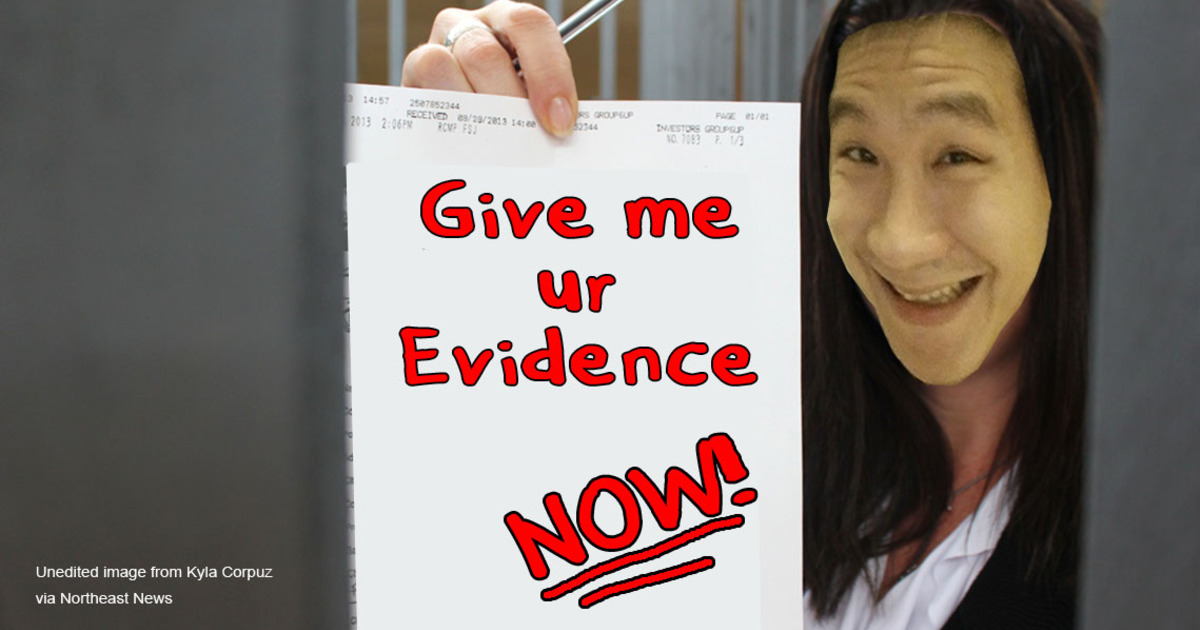 If you sue someone, Malaysian courts can let you raid their house to get evidence

Have you ever wanted to sue someone over a bad business deal? Or maybe it was something simple like a breach of contract. So you get yourself all lawyered and hyped up to see that scoundrel in court…

And then you realise that all the information and evidence that you need to be able to prove the case lies with...that scoundrel.

Obviously he’s not going to cough up the documents that will implicate him if you march over there with a lawsuit in hand and a lawyer in tow. You also can’t sue him yet because the moment he finds out that there is a lawsuit against him, he will just destroy all the necessary documents. It seems like a classic Catch-22 situation – you can’t sue without the information he has, you can’t get the information without suing him.

Before you start emo-ing over this unfairness, pause right there. Malaysian law actually can help you with this magnificent thing called an Anton Piller order that allows you to…

Seize documents from your opponent!

No, seriously. We are not joking. The Anton Piller order which originated from the case of Anton Piller KG v Manufacturing Processes allows you to go into your opponent’s home/office in order to search and seize the documents/evidence that you would need to prove your case. An Anton Piller order is basically a very specific type of injunction which grants you the power to do something. An injunction is a type of court order that either forces your opponent to do something (mandatory) or stops him from doing something (prohibitory). In the case of the Anton Piller, it forces your opponent to open his doors for you (literally).

Now that the basics are out of the way, let’s dive into the nitty gritty of the matter. The first thing you need to know is that in order for this order to be effective, your opponent must not know what is going on so the element of stealth and surprise is very important. This is where we look at Order 29r1(2) of the Rules of Court 2012 which tells us that you that an application for an injunction can be made ex parte.

Ex parte means that the application for this order is done without the presence of the other party, which is different from usual court proceedings which are inter partes (between parties) – meaning that the other party has to be present as well. This ensures that your opponent doesn’t get wind of what you are trying to do and runaway to burn all the evidence in a giant BBQ.

However, since this order is pretty badass, there are tons of requirements that you need to comply with.

You need to show that your case is worth it

This English creation was brought into Malaysia through a local case of Arthur Anderson & Co v Interfood Sdn Bhd and this is also the case that lists down all the requirements you need to fulfil before the court will grant you an Anton Piller order. In short, the requirements are:

The list above sounds like a load of legal mumbo jumbo but in essence it means that in order for your application to be approved, you need to show that:

If you are curious about what “rules” you have to follow, the case of Computerland Corp v Yew Seng Computers Pte Ltd explains that it is basically to ensure that the order won’t be abused. For example, you can only execute the order during working hours and give your opponent reasonable time to seek legal advice. In the case of Thermosensors Ltd v Hibben, poor Mrs. Hibben was in her nightie when they suddenly showed up at her house demanding to be let in.

“The draconian nature of the Anton Piller order could not be over-emphasised. It was therefore imperative that the party seeking it must satisfy the stringent requirements...The Anton Piller order should only be granted if the court was satisfied that there was a real risk of justice being frustrated or thwarted...” – the Singaporean Court of Appeal in Computerland Corp v Yew Seng Computers Pte Ltd

Aside from that, you can only take the documents which are necessary for you to prove your case – if you try to use the order to snag a new MacBook Pro for your girlfriend, then you would be in hot soup. You also can’t march over there on your own, demanding blood documents as the order needs to be executed by an independent solicitor. This means that a separate lawyer (other than the one you hired) has to carry out the order to ensure that everything is done above board.

If you fail to comply with any of the safeguards or overzealously take more documents/evidence than is needed, the court can revoke your order and force you to return everything that you took from your opponent.

But what if you go in there with your guns (read lawyers) blazing but your opponent barricades himself in and refuses to open the door?

No, no, it’s actually not because you don’t get to smash down doors and roll in smoke grenades to smoke your opponent out like a badger hunt. If you have allowed your opponent time to seek legal advice but he keeps delaying by saying the documents are with his wife over the sound of papers being shredded, then the case of Lian Keow Sdn Bhd v C Paramjothy helps you out.

Lian Keow tells us if the guy refuses to open up and let you in and this is unreasonable, certain actions can be taken against him, including throwing him in jail. Plus, the courts are allowed to draw an adverse inference against your opponent for refusing to open up. This means that your opponent can’t show an unsavoury finger to you when you show up with the order because by doing so, the courts can dish out punishment on him, including tossing him in jail.

Well, folks, that is basically a brief overview of what an Anton Piller order is and for you to know that there is no need to despair if you don’t have the information in your hands. However, for the purposes of keeping this article light and not inundating you with tons of legality, the more boring procedural stuff like timelines and service has been omitted so be sure to check in with a lawyer to help you out with this!