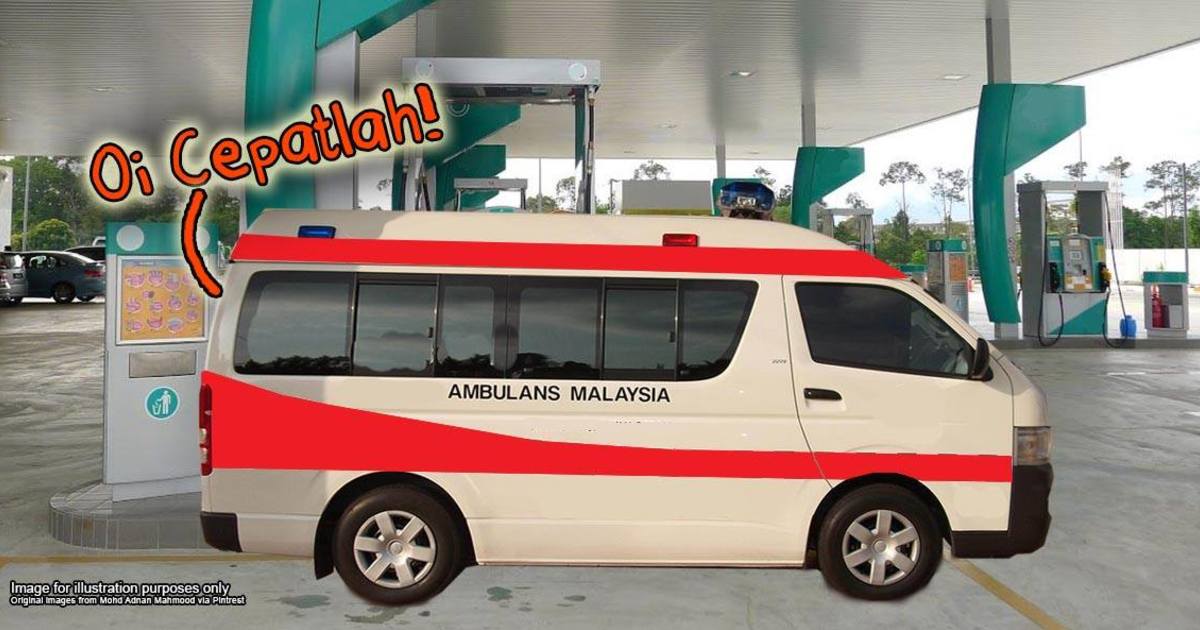 Can ambulances in Malaysia be sued if they arrive late?

Imagine if you were a patient or the family member of a patient who needed to get to the hospital urgently. The ambulance arrived, but

Think this sounds ludicrous? This actually happened in Kuching at the beginning of the month and unfortunately, the patient who was made to wait for hours while these events unfolded passed away before he got to the hospital.

This sparked outrage and many were asking what sort of action could be taken against the ambulance service provider. But have you wondered what the standard response time is for an ambulance to arrive? The international standard response time is 10-15 minutes and in Malaysia it can go up to 45-60 minutes. This can be partly attributed to the fact that there are only 0.28 ambulances for every 10,000 people, but of course, that cannot be a valid excuse, especially when it’s a matter of life and death. So, can you take any action if an ambulance takes forever to get to you? Here’s what we found out.

You can sue the ambulance company

If someone has wronged us and caused us a great loss as a result, we would most likely want to take them to court, or in other words, sue them. An ambulance service has a legal responsibility towards you to get to you quickly and to get you to a hospital on time. If they fail to fulfill that responsibility and you have suffered great harm as a result, you can sue them in court. If your claim succeeds, the court will hold the ambulance service to be negligent and you will be given compensation in the form of money.

Ambulance service providers can be divided into 3: government hospital ambulances, private ambulances and ambulances from charities or non- profit organizations. This is important to know, because you may not be able to sue all of them.

So government and private ambulance providers can be sued… but what about ambulances from charities or non- profit organizations?

Some ambulances cannot be sued

There are two instances where you can’t sue an ambulance service:

1. The ambulance is from a charitable service provider

Some ambulances are sent by charitable organisations for free. If the ambulance that sends you help does so out of goodwill or it’s from a charitable organization, you will not be able to take any legal action against them as they are just helping you and they don’t owe you the same duty as a regular ambulance would.

Another reason you can’t hold them is responsible is because charitable organizations do not have as many ambulances as hospitals or private ambulance services. Due to this, they may not be in many locations and it would be impossible for them to reach you within minutes.

When you dial 999, you will almost always be redirected to a government or private ambulance. To get the services of a non- profit ambulance, you would have to call them directly.

Some free ambulance services that are run by charities are:

2. No strong link between ambulance arriving late and harm suffered by patient

So yes, an ambulance’s job is to get to you as soon as they can… but these are a few instances where they will very likely not be held responsible if a claim was brought to court.

There’s nothing to stop you from still taking your case to court, but it’s very likely that you will not have a strong case, or the judge will reject (strike out) your claim.

In some cases, arriving late can also be a crime

While suing is what most people might want to do, there are some instances where an ambulance arriving late can also be considered a crime. The case in Kuching that we mentioned at the beginning of this article is a good example. The ambulance driver has been charged under Section 43 of the Road Transportation Act 1987, which is careless and inconsiderate driving.

…with a fine of not less than four thousand ringgit and not more than ten thousand ringgit and shall also be liable to imprisonment for a term not exceeding twelve months…
The driver was charged with this offence because he deliberately delayed getting the patient to the hospital on time. Deliberate here doesn’t mean that he did it on purpose, rather that he knew what the consequences of him not rushing to the hospital were, but he still chose to do it.
So if you were in this position and you strongly felt that the driver didn’t think it was important to get you to a hospital on time, you can make a police report. The police will gather enough information, investigate and charge the responsible person accordingly.
Tags:
ambulance
hospital
999
help
emergency
trauma
kecemasan