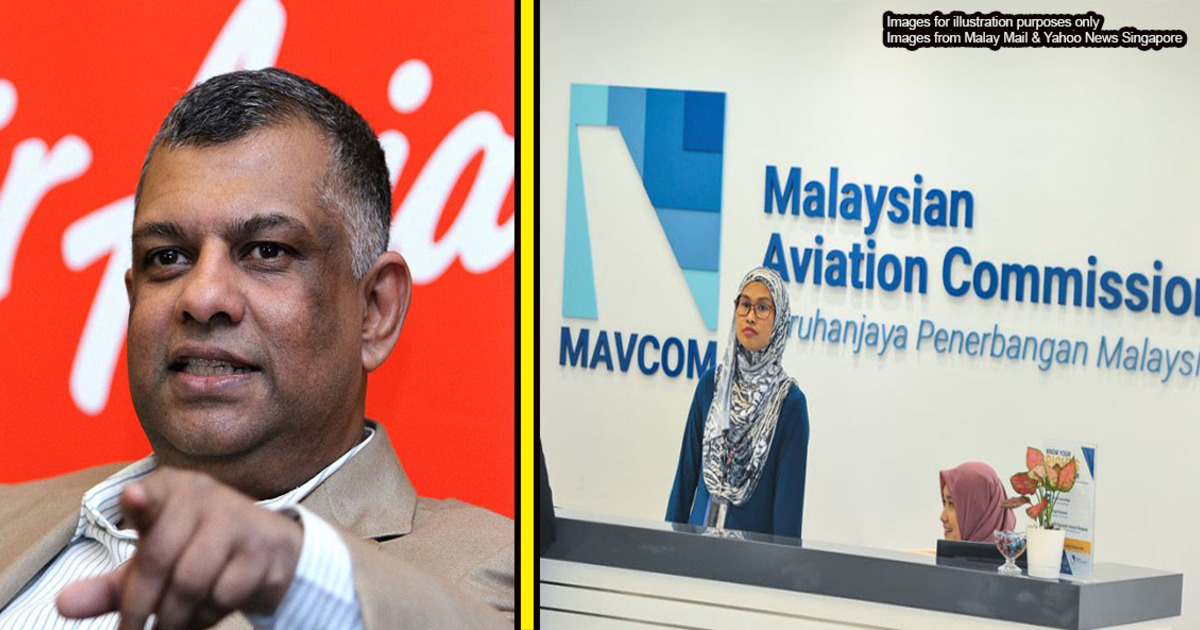 AirAsia wanted to sue KLIA2 but ended up suing the Aviation Commission... wait, what?

In mid May 2019, it was announced that AirAsia and its sister company AirAsia X were going to take MAVCOM to court. AirAsia wasn’t going to sue MAVCOM in court. Instead it was filing a judicial review against MAVCOM, but we’ll explain what this is about in a bit.

If you have no idea who MAVCOM is, they’re the Malaysian Aviation Commission. Their main role is to handle matters related to civil aviation from an economic and commercial stand. So it’s part of their job to also take complaints from airline users as well as resolve disputes within the aviation industry. So what exactly happened for AirAsia to want to take them to court? Well, it actually didn’t start with MAVCOM, but with the company that manages klia2.

This is when AirAsia sent a letter of demand to Malaysia Airports Holdings Berhad, the company that owns most of the airports in Malaysia. The lettter had said that AirAsia was going to take legal action against Malaysia Airports Holdings Berhad (MAHB) because it had suffered a huge loss due to MAHB’s actions. AirAsia operates only in klia2 and it said that because klia2 was poorly maintained, AirAsia had lost a large number of customers. And as a result, it had suffered losses of almost RM409 million.

“MAHB has failed and/or breached its contractual duties and duty of care which has caused AirAsia to suffer and continue to suffer losses as a result of MAHB’s breach”.

But Malaysia Airports didn’t just sit back and listen to all these allegations. So what happened next was...

One of the things AirAsia was unhappy about was the high passenger service charge (PSC) fee that was being imposed on them. To them, this was also one of the reasons that their number of passengers had decreased. AirAsia stopped collecting this PSC fee from its customers as they felt that klia2 was so bad, that it didn't warrant the PSC fee. So, AirAsia had stopped paying the PSC fee to Malaysia Airports after some time (it amounted to around RM 7 million a month). Because AirAsia wasn’t paying their monthly dues, Malaysia Airports sued Air Asia instead for non-payment.

Malaysia Airports said that it wasn’t them, but MAVCOM who decided the PSC fee amount, so there was nothing they could do about it. Malaysia Airports were merely collecting the fee, and Air Asia was obliged to pay them that fee. But this wasn’t all...

AirAsia’s top executives were sued by Malaysia Aiports for defamation. The latter claimed that a lot of remarks made as well things posted about them were very untrue, and that it was tarnishing their image. But this didn’t end here because...

By now, the legal battle between the two had been going on for about four years, and neither party wanted to admit defeat. Remember we mentioned that in 2015, Air Asia had asked for RM 409 million in damages from Malaysia Airports? Well, they still hadn’t received the money for that. So in May 2019, AirAsia sent Malaysia Airports a notice saying that they were going to take legal action again. They reiterated the same concerns that were mentioned in the earlier letter of demand in 2015. AirAsia stressed again that they had suffered a big loss because klia2 was not as good as it should be.

“These include cancellations and loss of revenue from multiple runway closures, apron defects, damage to two aircraft due to malfunctions in MASSB’s infrastructure and sensors, a fuel line rupture at klia2 Pier P, internet outages and loss of customers,”

-Taken from the notice served by AirAsia to Malaysia Airports

So now, AirAsia still wanted to claim this amount back from Malaysia Airports. But they didn’t want to go to court at this point. Instead, they wanted to settle the matter via mediation, which is an out of court settlement.

Mediation and arbitration are two types of out of court settlements which most big corporations use because there are some benefits to it which traditional courts may not have. For example, out of court settlements give parties a lot of leeway and freedom to agree on a dispute on their own terms. So, AirAsia’s notice to Malaysia Airports basically stated that they were claiming RM 480 million worth of damages this time (more than in the 2015 letter) and they wanted to do this via mediation. All mediation cases have a mediator, and in this legal saga, MAVCOM was to be the mediator.

So as mentioned, MAVCOM, being the Aviation Commission, was supposed to resolve the dispute between AirAsia and Malaysia Airports. It is a requirement for disputes in the aviation industry to be first resolved through mediation. However, Malaysia Airports had rejected going into any mediation proceedings with AirAsia. When mediation or other forms of dispute resolution methods fail, MAVCOM is still supposed to step in and settle the dispute between the two parties. This is actually a legal requirement, as it can be found in Sections 74 and 75 of the Malaysian Aviation Commission Act 2015.

(1) Any dispute between two or more providers of aviation services regarding any matter under this Act shall first be resolved through mediation.
(2) Notwithstanding any provision in the Mediation Act 2012 [Act 749] to the contrary, the parties shall resolve the dispute through mediation within a period of thirty days or such longer period as the Commission may approve which shall not exceed sixty days.
Section 75:
If the parties to the dispute fail to resolve the dispute through mediation within the time specified under subsection 74(2), the Commission shall commence to decide on the dispute.
However, MAVCOM actually refused to decide on the dispute between the two. There haven’t been any solid reasons given as to why MAVCOM has done so, but AirAsia is taking them to court to challenge this refusal to decide. AirAsia contends that because it’s a statutory duty, in other words, a legal duty, MAVCOM cannot escape from it. But remember we mentioned that they were filing for a judicial review against MAVCOM’s decision instead of suing them? You might be wondering why...
Filing for a judicial review means you challenge a decision made in court. So in this case, AirAsia wants to challenge MAVCOM’s decision instead of directly holding them accountable. A judicial review means that the decision of certain body will reconsidered by the courts. However, it’s not the rights or wrongs of the decision is that looked at, but the way in which the outcome was reached. So, the courts will only look at how MAVCOM came to their decision, and based on that, it can be upheld (maintained) or overturned (changed).
Tags:
defamation
sue
court
airasia
mavcom
malaysia airports