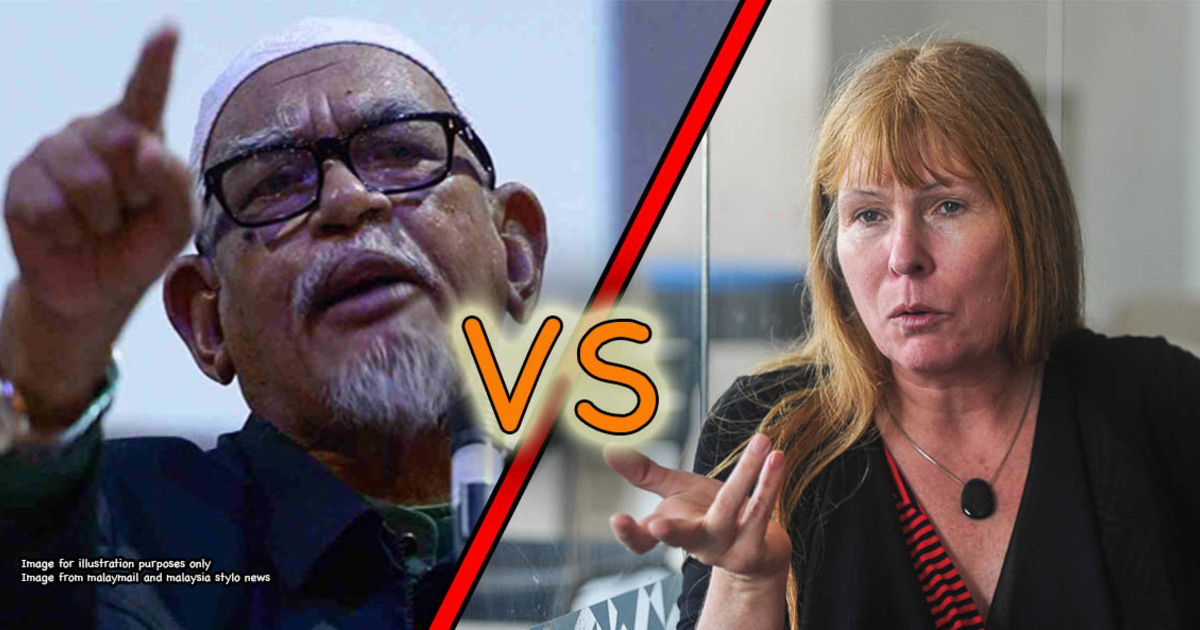 PAS and Sarawak Report sued each other in court. Here's why they dropped the case

For a little backstory, the Sarawak Report published a story stating that RM90 million was given to top PAS leaders to get their support for BN and UMNO. Hadi Awang, the President of PAS, filed a libel suit (basically claiming that the story written was not true) against the owner of the Sarawak Report, Clare Rewcastle-Brown in a British court. But it didn’t end there, because Clare counter-sued (sued him back) claiming that Hadi conspired with Najib to discredit her website.

Then in a turn of events which can only be describe as potong stim, both parties agreed to settle the matter of court. With most of the settlement terms being secret, the only thing we know about it is –

Speaking of potong stim, if you’re reading this article for news or thoughts on the Hadi v Clare saga, this is it. Essentially, the outcome is as if neither party sued the other at all. However, what we can do for the rest of the article is to tell you how out of court settlements work, and whether or not you should offer or take one if you were suing someone or getting sued yourself. 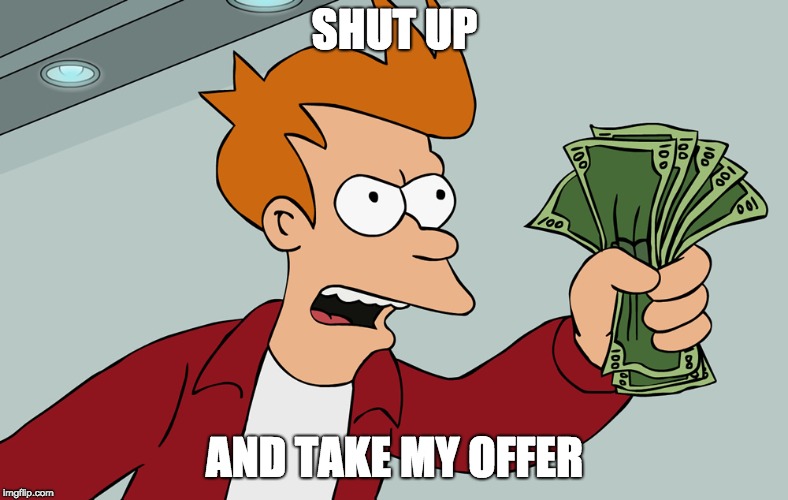 Although both the person suing (plaintiff) or the person getting sued (defendant) can offer to settle out of court, more often than not it’s usually defendant.

But you might be asking yourself why anyone would do something so silly – after all, if you win, you may end up not paying anything at all (as a defendant) or getting the full amount you asked for (as a plaintiff).

Well, think of it as hedging a bet… if you aren’t 100% sure that your investment is going to pay off, you might put in half of your life savings rather than going all in. So in the context of a lawsuit, if a defendant feels like his chances of losing are high, a settlement could be a cheaper and faster option. For a plaintiff, it could be a faster option to get money than waiting for a long time for the trial to finish.

Usually this is an example of how a settlement offer works:

Mary realises she’s gonna be broke if she loses.

Mary offers John RM5 million to settle the matter once and for all, instead of going through lengthy trials and waiting for judgement.

So yeah, in a sense it’s cheaper for Mary if John accepts the offer because, don’t forget, the longer the trial lasts, the more expenses you’ll incur (lawyer fees, court fees, travel, etc)

But it has to be emphasised that John (the plaintiff) has no obligation to accept the settlement/offer. Some people may have the desire to go through the whole trial for personal reasons – perhaps if he believes he’ll win the case at the end and get more money, or it could be a question of proving that he was right #beranikeranabenar.

So…. does that mean John has absolutely nothing to lose by rejecting the settlement offer? Not really.

There are a few ways John can get penalized for rejecting, even if he wins the case. One obvious penalty is that the court may ask Mary to pay him less than what he asked for (or worse, what Mary offered to pay him out of court). Another possible penalty is that John may end up paying more for his legal fees. This is because, in a lawsuit, the court usually asks the loser to foot the cost of the winner’s legal fees (lawyer fees, court filing fees, etc). However, the court also has the power to decide how much must actually be paid. In continuation of the John and Mary saga…

John wins the case, but the court awards him only RM4 million

The court asks Mary to pay John RM20k to cover his legal costs.

There are several technicalities that we won’t get into for this article, but the takeaway message is that you cannot expect a full payout even if you win a case. So now if you’re thinking that an offer to settle out of court may be the best course of action, do know that...

You must make the offer before the court gives judgement 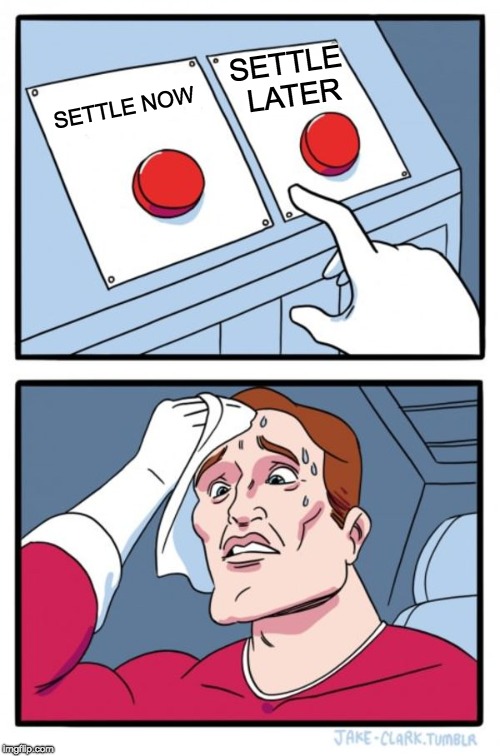 If you’re gonna tell your asian parents some bad news, timing matters. Similarly, when you’re making an offer to settle, timing is very important too.

An offer to settle will only be valid if it’s done within a certain time period. According to Order 22B Rule 2 of the Rules of Court, an offer to settle can only be made between two events – namely after a court action has started and before the court actually gives out final judgement.

The reasoning behind it is extremely simple – there’s no point offering to settle after final judgment because um….the court already settled it.

So if you’re thinking that this is probably the most economical way to handle a court case, don’t jump the gun just yet. Remember,  always follow the advice of your lawyer first.