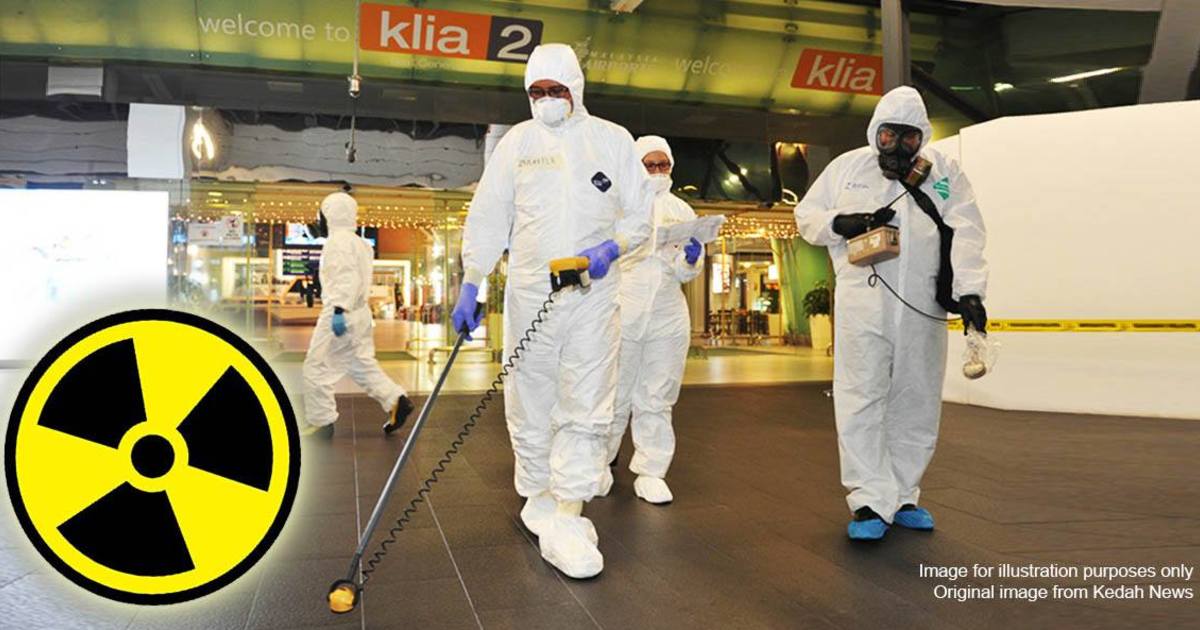 Did you know Malaysia has dangerous atomic materials? These guys keep us safe

The headlines on the local newspapers seem like the beginning of an action movie, and with words like “dirty bomb” being thrown around, the recent news of a missing radioactive device has been quite a concern to Malaysians.

While we may not have Tom Cruise rappelling down a building or hanging off a plane to find the device and save us, the PDRM have been searching for the missing device – assisted by a special agency that was established to deal with radioactive and/or nuclear concerns in Malaysia.

But they don’t hold guns, they hold geiger counters

They are known as the Atomic Energy Licensing Board (AELB). Just like how we have the JPJ to handle road- and vehicle-related matters, the AELB deals with nuclear and radioactive matters.

The AELB has been around since 1968, and they are basically tasked with making sure that people comply with the Atomic Energy Licensing Act 1984, which governs how people use radioactive and nuclear materials. If we could simplify the main tasks of the AELB, it would be as such:

If you take it a step further, the AELB is basically tasked with preventing Malaysians from being victims of radioactive poisoning and, in a worst case scenario, a nuclear explosion. Unfortunately, we couldn’t find any legislation regarding the use of bottlecaps in a post-fallout universe.

If you are wondering why the PDRM is involved with radioactive matters since it should be under the AELB’s jurisdiction, we can use an earlier incident to explain that since…

Last year alone, the AELB was involved in 2 incidents, one of which was the high profile assassination of Kim Jong-nam at KLIA 2. The other involved the theft of a radioactive device similar to the one that recently went missing.

With regards to the similar device which went missing in Klang, the AELB along with the PDRM conducted the search and investigation for the device because, in such situations, criminal elements like theft and terrorism may be involved – which are under the jurisdiction of the police. So, the PDRM will use their detective and policing skills while the AELB would use their knowledge and expertise in radioactive/nuclear matters. For example, while the PDRM goes around questioning witnesses, the AELB will be helping them out with radioactive detecting devices.

As it turns out,.workers from a company stole 2 radiography projectors containing iridium-192 (which is the same radioactive material in the recent incident) which can be used to manufacture a dirty bomb. For reference, a dirty bomb is basically a regular bomb with radioactive elements added. It won’t create a nuclear explosion, but the radiation would contaminate an area similar to a nuclear fallout – just a lot smaller in scale and severity.

Fortunately, the thieves weren’t overly ambitious when they stole the device. The iridium wasn’t exactly stolen for the iridium – It was actually stolen for the lead casing surrounding it, which the thieves sold for scrap metal after dumping the radioactive substances it contained into a trash can in Shah Alam. While it’s definitely a much better outcome than being put in a bomb, it has very deadly consequences as residents would have been at risk of radiation poisoning. At the end, the AELB advised residents to undergo blood test.

To add to their busy 2017, the AELB and other agencies were called in to inspect the premises of KLIA 2 after the assassination of Kim Jong-nam, the half-brother of North Korean leader Kim Jong Un. Kim Jong-nam was believed to have been assassinated using the nerve agent VX.

If you are wondering why the AELB was called in to help with a matter which involves murder, it’s because they were tasked with ensuring that KLIA 2 was safe from contamination. According to former IGP Tan Sri Khalid, there was a chance that radioactive waste could be present after the VX nerve agent was used. This is because VX works similar to a radioactive bomb (or “dirty bomb” described earlier) where it could contaminate a certain area.

Despite the exotic (and maybe dangerous) sounding name, iridium-192 is actually a commonly used substance in Malaysia. For example, the iridium that was stolen in Klang was used for controlling the quality of the welding of pipes in the oil and gas industry. Aside from that, you’d also commonly come across radioactive substances being used in the medical industry, such as X-Ray machines.

As you might expect, the AELB controls the ownership and movement of these materials in the country.

Assuming that you wanted to buy some depleted Uranium rods online and found someone actually willing to sell it, you may not even be able to get it across the border. This is because Malaysia has Radiation Portal Monitoring equipment to detect any movement of radioactive materials into the country. More importantly, anyone bringing these substances into the country requires a licence.

The licensing process is controlled by the AELB. In essence, the AELB determines who can deal with and own radioactive or nuclear materials. This power is given via Section 12(1)(b) of the Atomic Energy Licensing Act 1984 which states:

“No person shall deal in, possess or dispose of any radioactive material, nuclear material, prescribed substance or irradiating apparatus unless he is the holder of a valid license issued by the appropriate authority for such purpose and as specified in the license.”.

There’s also a law governing how owners can transfer or discard their radioactive material. Section 26 of the Atomic Energy Licensing Act 1984 says:

“No person shall dispose of or cause to be disposed any radioactive waste without the prior authorization in writing of the appropriate authority.”

So if someone wants to transfer some iridium-192 to their buddy, they’ll need a licence, their buddy needs a licence...and the transfer of the material would require authorization from the AELB. This is to make sure the AELB actually knows where the radioactive materials are in the country, because these are dangerous substances which can cause harm to quite a significant section of the population.

AELB is the only agency keeping us safe from radiation

At the end of day, the AELB is not exactly the most famous government agency in Malaysia...but they sure are an important one.

Take for example, the Fukushima incident which has potential harmful consequences. The AELB is the only Malaysian agency preventing such a thing from happening here, and in the event something goes wrong...they are there to make sure the dangers are contained.

So with the knowledge that AELB has a a lot on their plate, you can assist the AELB with their current hunt for the missing radioactive device. If you have any information regarding the missing device you can contact the local police station or contact the investigating officer ASP Yong Meng Heng at 019-5753399.

If you come across something resembling the device, keep a safe distance away and do not attempt to touch or move it.