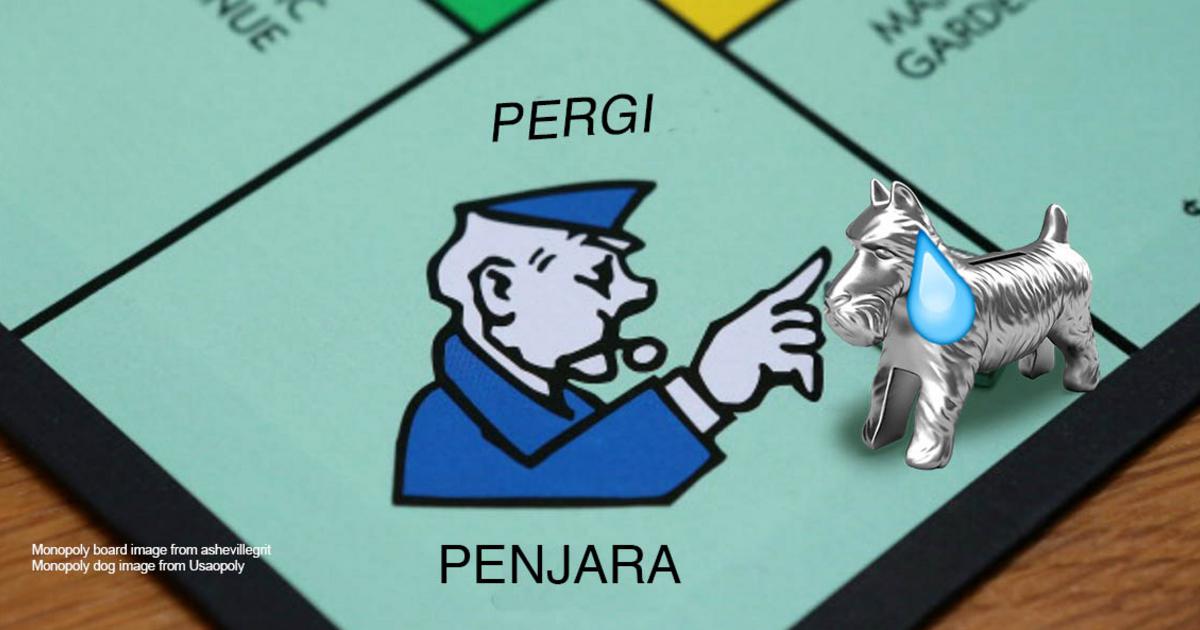 In any country, it is important to have a large array of laws in place to aid the governance and administration of the nation.

Because many of these laws may have been written at a time when social norms, morality, and even technology is far different from what it is now – and, over time, are less commonly enforced. And because these laws are enforced less over the years, it is only natural that many of them go unnoticed by the public unless you work closely with the law or are incredibly enthusiastic about legal affairs. But this doesn’t mean that the laws are any less valid – they can still be enforced if the need arises!

The law can sometimes take us by surprise. Image credit: Imgur

In the list that follows, we single out 7 lesser-known laws that are still a part of Malaysia’s legal landscape.

1. Riding an elephant down the street

(b) drives, rides or leads any elephant on any public road without the permission of the Chief Police Officer or of an officer authorized by him in writing by name or office;

Penalty: A maximum fine of RM50

If you ever came across an elephant and had an urge to ride it to your local mamak, please be advised that it’s not a good idea – unless you get permission from the Chief Police Officer first. Not just that, you’ll also have to ensure that the elephant has to be ridden in a way that doesn’t pose a danger or obstruction to other motorists so it’s probably not a good idea to use your phone while riding.

To put things in perspective though, this is a really old law. Jjust to give you an idea of how old this law is, if you were ever taken up to tusk for your elephant joyride, your punishment would be a RM50 fine at most. This means that it’s cheaper for you to be riding an elephant dangerously than to be speeding down the highway in 2017.

Whoever, to the annoyance of others—

(a) does any obscene act in any public place; or

(b) sings, recites or utters any obscene song, ballad or words in or near any public place,

shall be punished with imprisonment for a term which may extend to three months or with fine or with both.

Penalty: Imprisonment for a maximum of 3 months, a fine, or both.

Section 294b of the Penal Code sheds light on the fact that singing obscene songs in public in Malaysia is illegal. The act is categorised under the same umbrella as performing obscene actions or obscene activities in public.

It’s notable that the law itself doesn’t specify what’s “obscene”, so this may be left up to the subjective interpretation of the authorities and/or the person who heard it (and reported you). It also seems that this law hasn’t been used in a while as we couldn’t find any recent instances where someone was charged under this section of the law.

Just to be safe though, if you ever get the urge to sing Despacito while crossing the street, you might just want to hum the tune instead.

3. Playing drums at night in towns

(a) beats within the limits of any town or village between the hours of midnight and 6 a.m. or in any public road or public place at any hour, a drum or tom-tom, or blows a horn or trumpet, or beats or sounds any instrument or utensil in such a manner as to cause annoyance or inconvenience to occupants of any premises in the vicinity; ...

Yes, there’s actually a specific law against playing musical instruments loudly – notable examples of which include drums, tom-toms and trumpets – between 12.00AM and 6.00AM in towns.

This is described in Section 13(1a) of the Minor Offences Act 1955, which explains that this law is applicable within the confines or limits of any town or village, and also covers the usage of utensils in a loud manner to the annoyance of those in the vicinity of that sound. The section further elaborates that beating drums or playing instruments in an annoying manner at any time on public roads or in public places is equally illegal.

This may explain why there aren’t many garage bands in Malaysia (aside from the fact that we don’t have garages).

Law: Section 309 of the Penal Code – Attempt to commit suicide (In part):

Whoever attempts to commit suicide, … shall be punished with imprisonment for a term which may extend to one year or with fine or with both.

Penalty: Imprisonment for a maximum of 1 year, a fine, or both.

This law is arguably the most controversial one on this list, and is also likely to be slightly more popular than the rest. It still manages to stun and surprise a great deal of Malaysians, though.

Section 309 of the Penal Code recognizes suicide attempts as offences against the law, and thus prescribes that all who attempt to commit suicide be punished accordingly. This, of course, would most probably only hold in the event that the attempt is unsuccessful.

5. Insulting someone or cursing

The next time someone angers you on the road or shoves past you in a crowded place, and you feel the urge to yell or insult him or her and start a fight, think again.

According to Section 14 of the Minor Offences Act 1955, any sort of insulting behaviour – be it in terms of using insulting or indecent words, language or gestures – which is administered with the intention of disturbing peace or provoking someone else is regarded as an offence against the law.

But if you think that you can escape this by taking your grievances to social media, sorry to burst your bubble but that may also land you in legal hot water as well.

[READ MORE: Shaming someone on social media can land you in jail]

6. Getting drunk in public places

Law: Section 21 of the Minor Offences Act 1955 – Drunkenness and disorderly behaviour in public places (In part):

Any person who is found drunk and incapable of taking care of himself, or is guilty of any riotous, disorderly or indecent behaviour, ... in any public road or in any public place or place of public amusement or resort, or in the immediate vicinity of any Court or of any public office or police station or place of worship, …

If you think that the only time alcohol can get you in trouble in Malaysia is when you drink and drive, think again.

Section 21 of the Minor Offences Act 1955 illustrates that a person is said to be in violation of the law if he or she gets drunk to the point of being unable to look after themselves and proceeds to act indecently, disorderly or in a riotous manner in a public place.

It is also illegal to reach this state of drunkenness in the vicinity of a courthouse, a public office, or a place of worship. Those who break this law for the first time will be punished with imprisonment for a maximum term of 14 days or a maximum fine of RM25.00.

Each subsequent offence of this nature will then be met with a penalty in the form of a maximum fine of RM100.00 or imprisonment for a maximum of 3 months, if not both.

Law: Section 377A of the Penal Code – Carnal intercourse against the order of nature (In part):

… the introduction of the penis into the anus or mouth of the other person is said to commit carnal intercourse against the order of nature.

Penalty: Imprisonment for a maximum of 20 years, and whipping.

No, you do not need to do a double or triple take. This law dictates exactly what the title says.

Section 377A of the Penal Code tells us that if a man inserts his penis into the mouth of another person, he is considered to be taking part in carnal intercourse against the order of nature, which is an illegal offence.

The same can be said for the act of inserting one’s penis into another’s anus, which the same section also identifies as an illegal act.

The more you know…

While we can’t be expected to know each and every law, it should be mentioned that saying you don’t know the law is not an accepted excuse in court – something you should bear in mind the next time you’re singing Despacito while riding an elephant in KL.

In all seriousness and fairness, it can be hard to constantly keep the law updated; and instances of strange or outdated laws can be found in other countries as well. For instance, in the US, it’s apparently illegal to use elephants to plow cotton fields in North Carolina (seriously, what is it with elephants?).

Credit where credit’s due, the government does update certain laws when there is a strong need for it, such as strengthening the Domestic Violence Act to remove certain loopholes or introducing the Sexual Offences Against Children Act in light of the rampant child grooming activities happening online.