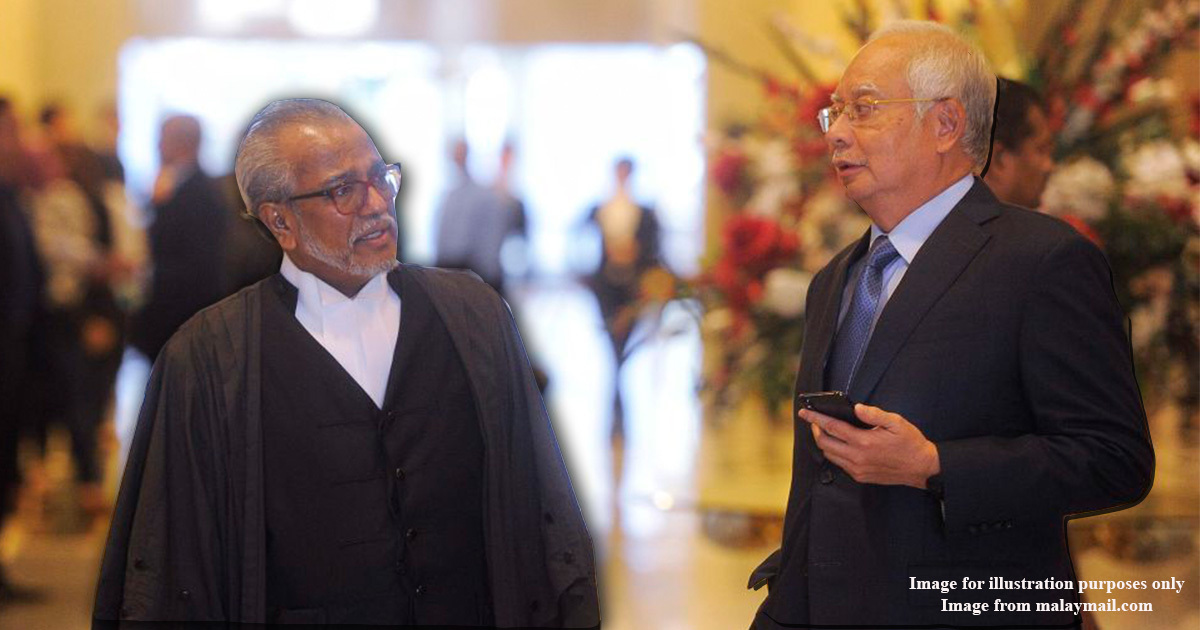 5 Malaysian court cases that got postponed...for the weirdest reasons

Recently, the news about a Malaysian lawyer who fractured his wrist while playing with his pet dog went viral on social media. Due to the accident, the lawyer had to postpone the trial of his case to a further date. Well this isn’t the first time a case was postponed in the country. It can happen for many reasons and cases don’t always get heard on the dates that were set for hearing/trials.

We found a few interesting reasons for cases to be postponed in Malaysia...but before that, let’s clarify something first.

Only a judge has the right to postpone cases

Before we go into whether judges can do so, one thing should be highlighted here: The term adjourn technically means ‘postpone’ and is widely used in the Malaysian courts. And both the words mean the same thing.

So, a judge cannot simply postpone a case for the sake of it. This can only be done by the law and is stated under Section 259(1) of the Criminal Procedure Code which states that the absence of a witness or any other party shall be done based on reasonable grounds as mentioned in the Act:

“If, from the absence of a witness or any other reasonable cause, it becomes necessary or advisable to postpone the commencement of or adjourn any inquiry or trial the Court may, by order in writing, from time to time, postpone or adjourn the same on such terms as it thinks fit for such time as it considers reasonable...”

Now that we know which part of the law allows cases to be postponed...here is a list of cases/situations where the judges have used his/her power to postpone cases (in no particular order)

You could say the judge was seeing red over this case. So what happened was...

Somewhere in the year 2007, a lawyer was asked to remove his red necktie because the Magistrate did not like the colour of the tie. Halfway through the proceedings the Criminal case was halted and subsequently postponed. The magistrate judge was then said to have retired to her chambers.

If you were wondering, there is General Circular for lawyers which lays down the dress code for appearing in court.

The lawyer in the red tie (that’s what we have decided to call him now) had then filed a complaint with the Senior Sessions Court Judge of Johor Bahru. Perhaps, you can say first impressions do have a lasting impact to some people. In this case, the Magistrate had a certain colour preference for the lawyers who represent cases in her court.

2. The accused person needs time (and a lawyer)

While a person does not technically need a lawyer to represent him/herself in court, it would still be hard to do conduct/navigate a case without a lawyer. There have also been circumstances where the courts do give a certain duration of time to a person to find a lawyer, before appearing in court.

In situations like this, the accused person may need his case to be postponed due to several reasons:

However, the court’s decisions would depend on whether it is reasonable to give an adjournment. For example, in the case of Por Choo Aik [1993] –Por Choo Aik was charged for cheating someone with an amount of RM 2,400.00. On top of being accused for a crime, he was also found to be at fault for appointing a lawyer at the very last minute. He literally hired a lawyer on the day of the hearing and then came to court seeking to postpone the case. The courts did not allow him to postpone his case as the fault was mostly on his side.

As you can see, courts have grant for postponement before. But they don’t always do so for every case. In a case like the above, the courts have to make a firm decision when dealing with an application of adjournment.

So it all boils down to whether the courts find the reasoning behind the purpose for adjournment – a valid one or not. So this brings us to the next situation…

3. Several cases were being heard at the same time

Five stateless people who were looking to get a citizenship in Malaysia had their case postponed by the Federal Court. They were basically children adopted by Malaysians, children born to a foreign mother, and also those who had issues relating to legitimacy of a child.

The reason behind the postponement of the case is simply because the Federal court wanted the lawyers to come up with a common set of questions for all the cases. This meant that the cases will be dealt with together in one hearing and will be given a single judgement. Since this would require more time and each case had to be dealt with on a case to case basis, the adjournment was granted.

4. The trial of Najib Razak

With DS Najib Razak’s charges in court being the talk of the town, let’s walk down the chronology of events on the number of times his hearing/trial was postponed. But before we do so, let’s briefly understand the basis of the charges he is currently facing –  He faces a total of 42 charges, including seven charges over the SRC International which amounts to RM42 million.

For the matter of postponement and adjournment, we’ll be focusing on the SRC charges where the former Prime Minister’s case had been applied to be adjourned in 2019.

Below is a summarized version of the chain of events that have unfolded following the former Prime Minister’s charges:

Here are three applications of postponement were made by DS Najib’s lawyers and were granted by the courts:

For all three applications, there was proper reasoning behind the reason to postpone and the courts did not see any deliberate “foulplay” to postpone the cases.

5. The investigation is incomplete

This reason is seldom granted for postponement. This can sometimes mean that the incomplete investigation is because the Prosecutor (person who is against the defendant) has yet to charge the accused for a crime. In the case of PP v Tan Kim San the accused person, Mr Tan had committed a criminal breach of trust – which means he dishonestly swindled money/property from someone else. When the case came up for trial, the prosecutors wanted the case to be postponed as the investigation was not done completely.

And in situations as such, the Magistrate has a duty to acquit the accused person as stated under Section 173(g) of the Criminal Procedure Code 2012 as stated below:

“Nothing...shall be deemed to prevent the Court from discharging the accused at any previous stage of the case if for reasons to be recorded by the Court it considers the charge to be groundless...”

Based on the Act, this may be unfair and create injustice towards the accused person who has not even been found guilty for a crime yet.

Normally, there will be extra documents that needs to be brought to court by the authorities and a postponement is necessary in circumstances such as tracing a witness or collecting extra documents (a medical/chemist report). The courts may consider this to be reasonable and can grant an adjournment under these terms.

It may now be easier to postpone cases

Previously, the former CJ had mentioned that postponing cases will only be granted to lawyers in situations of “death or near death”. However, the current Chief Justice Tan Sri Richard Malanjum has gone by to say that cases shall only be postponed in circumstances where a reasonable and proper reasoning is given. So, reasonable circumstances will depend on a case to case basis. And this would depend on whether the courts allow and grant the application of postponement.