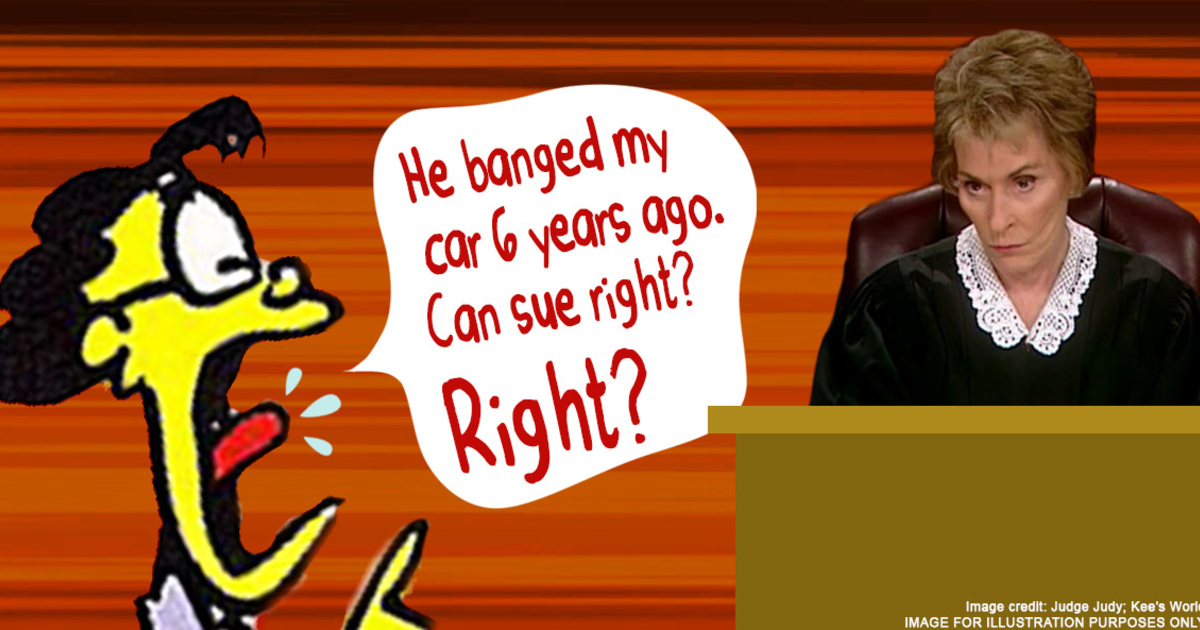 Is there a time limit for you to sue someone in Malaysia?

over 4 years ago sueann

Thanks to movies and legal TV dramas, many of us associate suing someone with hiring a good-looking lawyer with a way around words to win the case for you. However, things aren't always as simple in real life.

If you ever need to sue someone, there’s one important factor most people would probably would never think of: there’s a time limit to sue. Certain lawsuits have an "expiration date" for you to take action, whereby you may no longer be able to sue the person if the time limit has passed. While this may sound unfair, especially if you suffered a heavy loss, there’s a reason for this limit. As expressed in the case of Credit Corporation (M) Sdn Bhd v Fong Tak Sin:

"The limitation law is promulgated for the primary object of discouraging plaintiffs from sleeping on their actions and more importantly, to have a definite end to litigation." - Hashim Yeop Sani, then Chief Justice Malaya

So in a way, the time limit is another way to be fair to both parties. Imagine if you're suddenly sued out of the blue for an incident 10 years ago that you didn’t even realize happened… Not very fair, right?

So why is suing on time important?

Limitation periods only apply to civil suits (between two people) and not criminal cases (government coming after someone). In civil cases, if you exceed the “expiration date” to bring a case, courts are generally reluctant to hear it. But this doesn't mean that you don't have the right to bring an action anymore, it means you can’t get the remedy. A remedy is what you want to get at the end of the lawsuit - what are you suing the other party for, such as the enforcement of a contract, monetary compensation, etc.

Say Chan got into a car accident with Dan on January 1st 2000 and Dan is at fault. Chan has a right to compensation from Dan for the damage to Chan's car, but Chan doesn't sue Dan for it until January 2017.

Here, the time limitation will take effect. So while technically Chan is entitled to sue Dan, the compensation is no longer valid… Which is why you’d want to sue in the first place… Which makes suing pointless.

Judges have to deal with a lot of cases, and it wouldn’t be strange to have a time-limited case thrown out. Because why sue if there’s no point to it? Hence it’s important that you sue within the time limit, which brings us to…

How do you determine when is the last day you can sue someone?

There are a few factors that will be taken into consideration, but mainly it will depend on your cause of action and who you are suing. If you are suing an individual or a company, the time limit depends on what type of dispute it is, but if you’re going after the government, the time limit is different as we’ll discuss later below. Here are a few common types of civil cases that get brought to court:

If you have a contract with someone and they breached it, under Section 6(1)(a) Limitation Act 1953, you have 6 years from the date the contract was breached to sue:

...actions shall not be brought after the expiration of six years from the date on which the cause of action accrued, that is to say actions founded on a contract or on tort...

On January 1st 2017, Ali entered into a contract where Muthu will deliver him a bouquet of flowers every day till December 31st 2017. Unfortunately, Muthu failed to deliver a bouquet on February 14th 2017.

On the other hand, for rental agreements, if your tenant doesn’t pay the rent, Section 20 Limitation Act 1963 specifically bars recovery of arrears (outstanding payment) of rental 6 years after the due date. Section 20 states that:

"No action shall be brought, or distress made, to recover arrears of rent, or damages in respect thereof, after the expiration of six years from the date on which the arrears became due."

In law, if a person wrongfully harms you, it will fall within this category of law called tort. It governs claims by victims seeking compensation against the person that caused them to suffer. This would include claims involving an accident, medical negligence, or even assault. Section 6(1)(a) Limitation Act 1963 specifies that you will only have 6 years from when the damage occurred to sue. It doesn't matter if you don't initially see the damage or if you're unsure of the identity of your attacker - the timer starts from the date you were harmed.

Section 9(1) Limitation Act 1953 governs the action to recover land and, unlike the areas mentioned above, it has a slightly longer time limit of 12 years. The Act provides that:

No action shall be brought by any person to recover any land after the expiration of twelve years from the date on which the right of action accrued to him, or if it first accrued to some person through whom he claims, to that person.

Here's an example scenario of recovery of land:

What if you are suing a government agency or a public servant?

According to the Public Authorities Protection Act, you only have 3 years to sue starting from when you were harmed. However, this only comes into play when it involves a public authority carrying out his or her duty; like if a policeman in a patrol car hits you. But, if the same policeman got sued for late rental payment (which is unrelated to his job), this special rule will not apply.

Can you sue a person who's already dead?

This might be surprising to some, but the answer is actually.... Yes.

Yep, even death is not considered a time limit. The details get a little tricky, but it doesn't mean you can't sue a person who's no longer alive. In these cases, the deceased person will be represented by a personal representative such as an executor of his/her estate or an administrator (one of the people in charge of distributing the inheritance). The time limits in the Limitation Act don't change, with the exception of torts, where section 8 of the Civil Law Act may apply:

(a) were pending at the date of his death; or

(b) are taken not later than six months after his personal representative took out representation.

Basically, what the section in (b) says is that If you're in the process of suing someone over tort law and the person dies, you only have 6 months to sue from when a grant of representation has been issued. A grant of representation is a court order that gives the administrator or executor the power to manage the deceased's estate. Here's an example:

You want to sue Ahmad but he is dead. You find out that Ahmad's wife took out a grant of representation from court to be in charge of Ahmad's estate on January 1st 2017.

This means you have 6 months from January 1st 2017 to sue Ahmad (or rather, his estate).

What happens to a lawsuit if the person you are suing died midway through the action?

Well, if the person dies while the suit is still ongoing, the trial will continue unless it's a suit involving defamation or seduction under Section 8(1) of the Civil Law Act. In these cases, the case will thrown out of court since the person involved is already dead.

If you think you have a case, you might want to act fast!

While there are exceptions and ways to extend the time period, you shouldn't use it as a reason to procrastinate. If you feel that you have a cause of action against someone, it's best to seek out a lawyer for consultation and advice on how to further proceed with your claim.