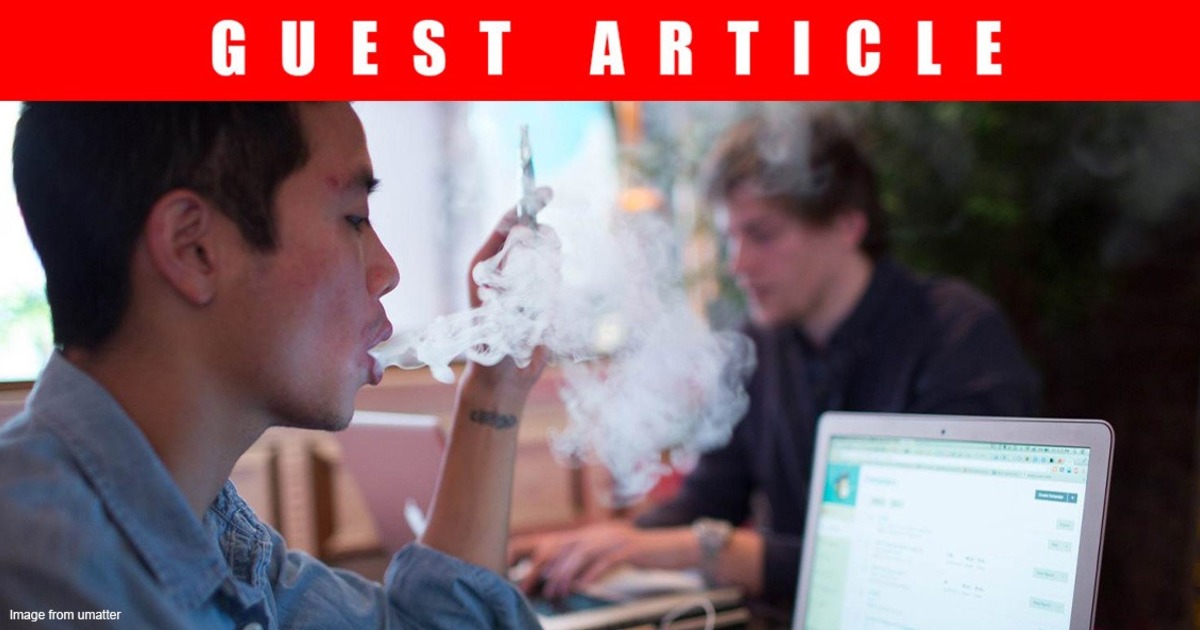 What happens when you turn up to work under the influence of drugs?

THIS IS THE PERSONAL OPINION OF THE COLUMNIST. The opinions, beliefs, and viewpoints expressed by the author do not necessarily reflect ASKLEGAL's position on the issue, nor should it be reflective of the regular content published by ASKLEGAL. We do not make any claims on the legal accuracy of this article.

In a recent South African Arbitration Award of Rankeng/Signature Cosmetics and Fragrance (Pty) Ltd [2020] 10 BALR 1128 (CCMA) by N Mbileni dated 02.06.2020 concerned an employee reporting for duty under the influence of drugs and subsequently dismissed for it.

The employee admitted to having smoked cannabis in the morning before leaving home for work.

The Arbitrator found that the dismissal of the employee was too harsh and was not an appropriate sanction. The Company’s disciplinary code states that the Management should not allow its employees to remain on its premises if they are suspected to be under the influence of any drug. It further stated that whether an employee is fit to report for duty will be determined by the Management.

The Arbitrator held that the employee be reinstated and that a final written warning be issued against the said employee.

This recent South African Arbitration Award made us wonder…

What would happen to Malaysian employees who turned up to work under the influence of drugs?

In New Straits Times (M) Bhd lwn Rohaniza Ahmad Yusoff & Ors [1997] 3 ILR 231, the employees of the Company were arrested by the Police at the Company’s premises at 10 am on 05.08.1994. The employees were subsequently dismissed for substance abuse.

The President of the Industrial Court stated that unlike other criminal cases, drug abuse is carried out without a criminal intention. The Company did not give the employees an opportunity, in the form of a warning, to improve their lifestyles / rehabilitate before and after their arrests.

The President also relied on the evidence of the witness, Norida Ismail, a Drug Rehabilitation Office, where it was stated that the supervision on the employees had been completed and their respective conduct was satisfactory.

The employees were remorseful for their actions and admitted to their drug abuse. Further, they were long-standing employees of the company and performed satisfactorily at work.

The President held that as this was the employee's first offence, the employees ought to be given an opportunity and it was not reasonable to give the employees a heavy sentence in the form of dismissal.

Accordingly, it was ordered that the employees be reinstated.

But you always don’t get away with it…

In Zulhilmi Fauzi v MISC Berhad [2014] 1 ILR 240, the employee was subjected to a drug test and the results came back as positive. The employee was issued a termination letter and accordingly dismissed.

The employee contended that he had not used any drugs at the material time and the collection of the urine sample by the Company had not complied with its standard operating procedures.

It was noted that the employee was fully aware of the company’s policies on drugs and signed the Declaration of Acceptance to the terms and conditions of the employment. The recommended disciplinary action for unlawful use of prohibited drugs (a major act of misconduct) is dismissal.

The President held that the employee indeed breached the Company’s policies on drugs and on that reason alone, the decision to dismiss the employee was justified.

Similarly, in Engku Hafizuddin Engku Husain v Maswings Sdn Bhd [2016] 4 ILR 379, the employee, a co-Pilot underwent a random urine screening test during the Drug Free Workplace Programmes (“DFWP”) screening and was tested positive for morphine. He was asked to submit an explanation but his explanation was not accepted by the company and he was subsequently dismissed.

The employee contended that he had never used drugs and that the Company acted mala fide and arbitrarily by failing to send him for further medical tests.

It was ruled that the claimant had consented to the screening test and admitted to signing the company’s Alcohol and Drug Use Policy Form and was well-aware that codeine and morphine were prohibited drugs.

The employee never disputed or challenged the results of the screen test or the procedure that had been taken in testing the urine sample. Accordingly, there was no reason for the company to conduct a further medical examination on the employee. Similarly, the company’s rules or policies and the DFWP did not specify on any further tests.

The provisions of the DFWP were clear that if the employee tested positive, then the said employee would be subjected to disciplinary action which includes dismissal.

The Company was committed in eliminating drug abuse among its employees as the safety of its passengers and employees were of prime importance especially since its reputation as the national carrier had to be maintained and safeguarded at all times.

Pilots and Co-Pilots must maintain diligent focus and concentration in performing their job effectively, accurately and responsibly, as lives of everyone on board depends on it. If they are under the influence of prohibited substances during the flight, it would put at risk the lives of innocent people on board the aircraft.

The employee testing positive for morphine ran contrary to the trust and confidence reposed in him by the company. Accordingly, his dismissal was justified.

In Sebastian Santiago Dan Seorang Perayu Lain v Malaysia Airport Holdings Berhad [2018] 2 LNS 0322, the Company made an arrangement with the National Anti-Drugs Agency to conduct a urine screening test programme at its premises to determine whether its employees have been taking drugs. The employees gave their urine sample. It was sent to the Pathology Department of Hospital Pulau Pinang and results of the sample confirmed it contained cannabis. The employees were dismissed subsequently.

The President ruled that the tests conducted could not be relied on as there were no evidence to suggest that the samples were ever taken as it was never produced in Court. Further, there was no indication on the number of samples submitted for each of the Claimant (the Company’s procedure required two samples to be taken) as well as details of the samples that were handed over.

The President added that these mere not mere technicalities but a fundamental right that should be accorded to an employee facing a disciplinary charge. Any disciplinary action must not only be fair but must display all the characteristics of fairness.

The Industrial Court have at most given precedence to the Company’s policies on drug abuse. Rarely has the Court exercise proportionality and discretion when coming to a decision whether the dismissal of the employee has been justified.

It could get much worse…

If an employee has been tested positive, he is likely to be charged under Section 15 of the Dangerous Drug Act 1952 and could be convicted to a fine up to RM5,000.00 and imprisonment up to 2 years.

“Any person who-
(a) consumes, administers to himself or suffers any other person, contrary to section 14 to administer to him any dangerous drug specified in Parts III and IV of the First Schedule; or
(b) is found in any premises kept or used for any of the purposes specified in section 13 in order that any such dangerous drug may be administered to or smoked or otherwise consumed by him,
shall be guilty of an offence against this Act and shall be liable on conviction to a fine not exceeding five thousand ringgit or to imprisonment for a term not exceeding two years.”

Naturally, an employee that has been dismissed and convicted would be facing a tough time seeking employment elsewhere. Working under the influence of drugs will massively impact one’s professional career and reputation especially if one works in a tight-knit profession such as the medical and legal industry.

Harneshpal Karamjit Singh is the Co-Managing Partner at Lui & Bhullar. He can be contacted at harnesh@luibhullar.com