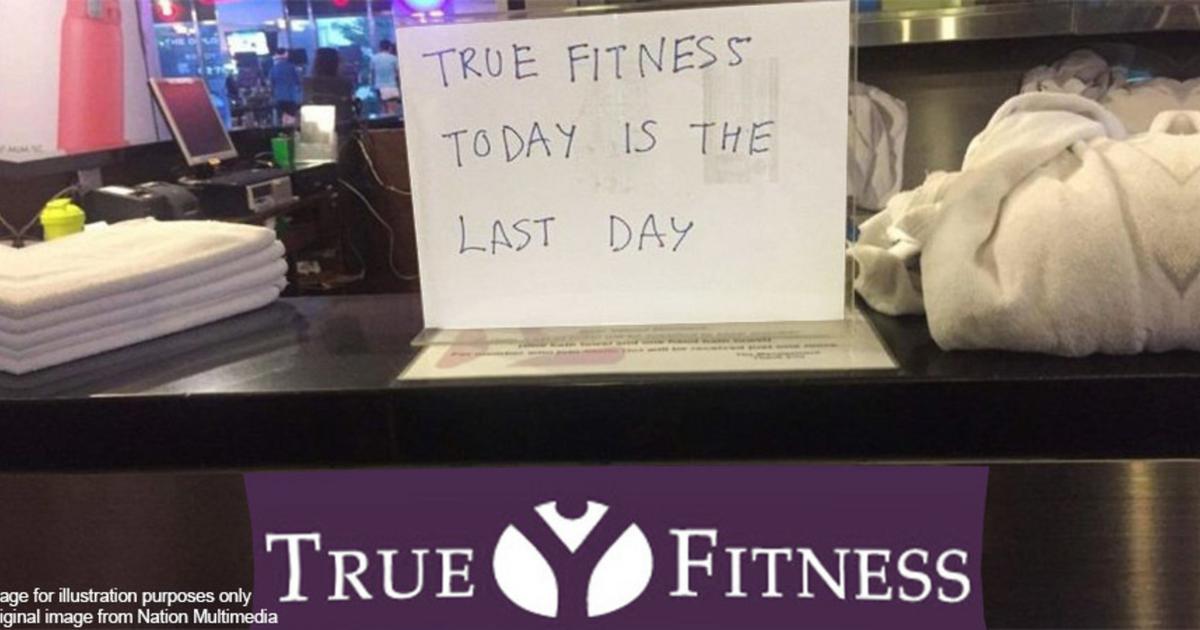 True Fitness members, here are some legal options you can consider [UPDATED]

[Note: This article will be updated as the event is still ongoing. Scroll to the last section if you've previously read this article. Last updated on June 17th]

On June 10th, members of True Fitness gym found themselves facing a possible situation of true fatness when they received an email announcing the closure of all outlets in Malaysia. Aside from the sudden announcement, some members also claim they were recruited just a few days prior to the closure; while others who are paying on an installment basis are still being charged by their banks.

Following the confusion with the statement from True Fitness making arrangements for existing memberships to be "redeemed" at CHi Fitness, and CHi Fitness denying such an arrangement, True Fitness eventually clarified the relationship in an statement that was sent to members via email: 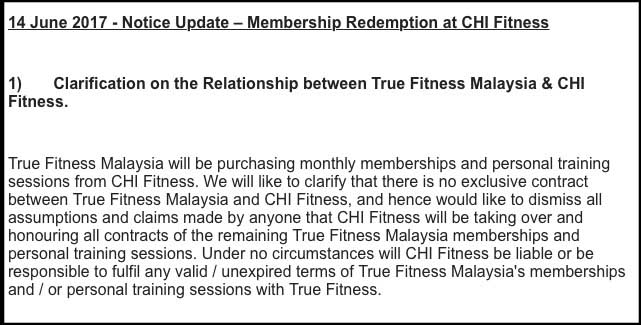 Partial screencap of email sent to members on June 15th

However, this whole scenario has opened a legal can of worms in terms of whether or not

2) If members paying on installment can get their banks to stop charging them; and/or

3) If members can still pursue some sort of legal action.

However, this article will not address the specifics (yet) as...

There will be a meeting between members and lawyers this weekend 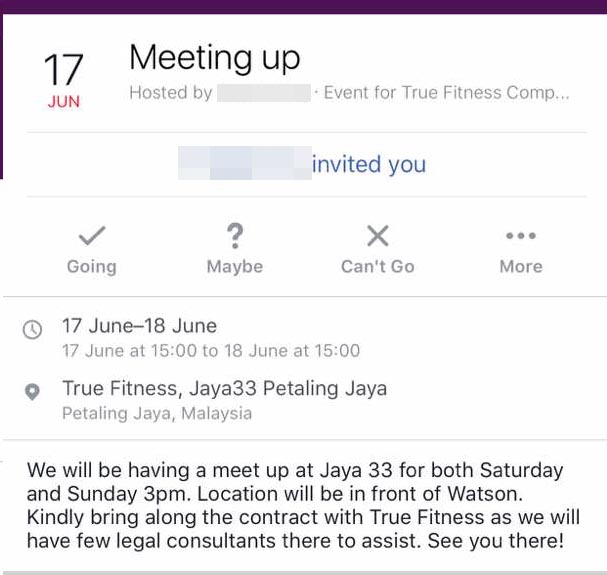 There will be a meeting this weekend (June 17 & 18) at Jaya 33 Mall from 3pm onwards where members can meet with lawyers to discuss the next possible course of action. The location will be in front of the Watsons outlet on the ground floor.

This will most likely come in the form of a Class Action Lawsuit - basically when a group of people experiencing similar losses band together to sue the defendant as a group.

We spoke to Alex Netto and Chen Yu Szen, two lawyers (and True Fitness members) who are contemplating the class action suit with some questions of our own, but were not able to get answers at the time of writing due to time constraints.

However, they informed us that these issues, as well as any other legal questions that members may have, will be addressed at the meeting.

If you are attending, do bring along a PHOTOCOPY of your membership agreement/contract and membership card. The legal representatives will not accept the original copies as they cannot guarantee the safekeeping of your document due to the sheer number of copies being handed in. You can also staple them together and write your contact number and email address. 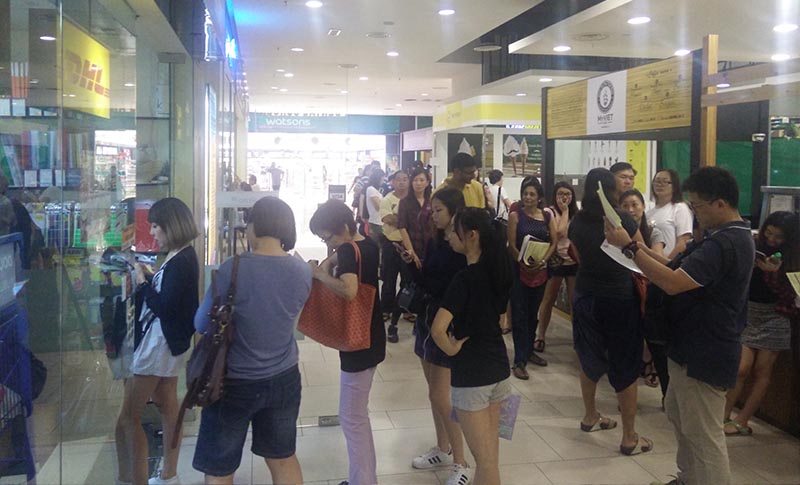 For those unable to make it and still keen on exploring legal action, you can scan a copy of the above and email it to Alex and Yu Szen at tf2017@dnfn.com.my as soon as possible.

If you haven't already, you may also want to consider joining the True Fitness Complaint group on Facebook.

Here are the two legal options you can consider

As mentioned, Alex and Yu Szen will be working on a class action lawsuit. The other option you can consider is to take your case to the Malaysian Consumer Claims Tribunal (MCCT), where Domestic Trade (KPNDKK) minister Datuk Hamzah Zainuddin has stated that members can claim up to RM25,000.

However, it's important to note that you can only choose either option and not both to avoid any legal conflict.

To briefly summarize the pros and cons of both, going the class action lawsuit route would mean that you have experienced lawyers taking up the case. However, there will be costs involved - as there are administrative charges associated with filing a lawsuit - which will be shared among members who are part of the lawsuit regardless of whether or not you win the case.

On the other hand, the MCCT is an independent body established through the Consumer Protection Act 1999 - it may be helpful to think of them as a "private court" where judgments are binding by law. This route involves an RM5 administrative fee and neither party can engage lawyers - you will be arguing your own case with the guidance of a member of the Tribunal. If you prefer this option, it's best that you do some research beforehand to go in fully prepared. Here are some links to start with:

[Read more: Getting to know the MCCT]