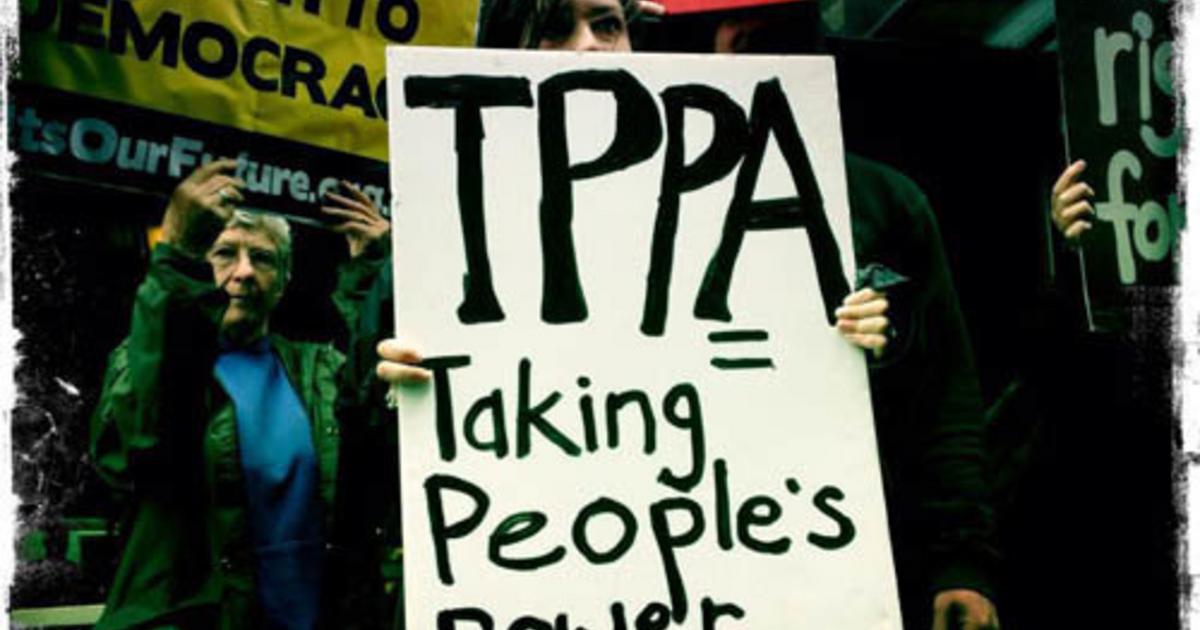 Trade unionists and anti TPPA activists are wondering whether to support the TPPA, in view of Chapter 19, Labour Chapter and the agreed side letters on US-Malaysia Labour Consistency Plan within the agreement.

The Ministry of Human Resources, said the Parti Sosialis Malaysia (PSM) in a statement, has not done thorough analysis on which industrial sectors, under the Trans Pacific Partnership Agreement (TPPA) will see a net increase in employment and which areas will suffer due to direct competition. “In terms of benefiting from the Labour Chapter of the TPPA, you will first need to have a job. What's the use if the TPPA has caused you to be laid off?”

PSM added that it would caution all those in favour of the TPPA Labour Chapter not to lose sight of the bigger picture i.e. the TPPA promoting the corporate agenda and enhancing investor rights in the region. “In the long run, it will be the common working people that will stand to lose if signs the agreement. At the end of the day, we have to analyze the net benefit of the agreement in total although we stand to benefit from the Labour Chapter.”

The enhancement of workers’ rights via the Labour Chapter notwithstanding, warned PSM Secretary General A. Sivarajan, workers will lose their rights to decent affordable healthcare (due to delayed entry of generics and high prices of medicine being maintained), increased cost of education (with stronger Intellectual property rights) and many other indirect implications via other chapters. “The crux of the TPPA is tariff elimination and liberalization of trade. How will local SMEs be affected by the elimination of tariffs on imported products, in direct competition with our local products?”

“So now the question was whether we support the government’s decision to sign the TPPA or not? If had the option to pick and choose to sign the Labour Chapter only, I believe that most workers and unions would welcome it. “

But unfortunately, conceded Sivarajan, that was not the case. “The TPPA consist of 30 chapters ranging from, National treatment, Market accesses, Rules of Origin, Textile and Apparel, and Investment, to Intellectual Property and many more.”

“The Labour Chapter is the sugar coating on the bitter medicine that we are about to swallow. Various analysis and articles by local and international experts have researched and proven the negative implications of the TPPA.”

Sivarajan was commenting on the "much confusion" among trade unionists and anti TPPA activists on whether to support the TPPA, in view of Chapter 19, Labour Chapter and the agreed side letters on US-Malaysia Labour Consistency Plan within the agreement.

For trade unionists, he added, most of the provisions in the Labour Chapter and especially the side letter between Minister Mustapha Mohamed and US Trade Representative Michael Froman, should be welcomed with open arms, as finally the Malaysian government would be “forced" to comply with many of the demands that unions and civil society organizations had been fighting for all these years. “We cannot deny that the has just 'made an offer we cannot refuse' to Malaysian workers through the TPPA, as it would greatly uplift them and migrant workers’ rights, which have been trampled upon all these years,” said Sivarajan.

The bright spots in the TPPA: the laws would ensure full implementation and enforceability of the ILO Declaration on Fundamental Principles and Rights at Work and its Follow-up, adopted by the International Labour Conference at its 86th Session, Geneva, 18 June 1998 (Annex revised 15 June 2010); trade unions have the right for judicial review against administrative decisions regarding trade union registration, suspension, cancellation and determinations of strike illegality; the discretionary powers of the Director General of Trade Union on issues of union registration would be removed; no limitation on forming unions in the same trade sector; on outsourcing and employment agencies, better regulations to ensure worker rights; employers cannot hold the passports of foreign workers; levy would be the responsibility of the employer and should not be charged to the worker; and special passes would be issued by the Labour Department for workers involved in industrial disputes, thus enabling them to remain in the country and seek alternative employment till their case is settled.

In terms of enforceability, noted was required to enact all legal and institutional reforms prior to the date of entry to enforce the TPPA. “It’s rather ironic that the Malaysian Government’s political will to enhance our domestic labour rights has to 'whipped' by the US through a trade agreement. “

“The Malaysian Government has played deaf to various petitions, protests, and complaints demanding the same above stated rights for decades by workers, political parties and unions.”

has ratified a total of 17 ILO Conventions involving Forced Labour. Right to Organize and Collective Bargaining, and Equal Remuneration Convention among others, continued Sivarajan. “All of these were ratified and enforced even before TPPA.”

“So, what was stopping us from amending our labour laws, enhancing and enforcing them effectively further?”

The President of the SME Business Associations Michael Kang Hua Kuong, was quoted in The Star SME Biz on November 23 as saying that nearly 30 per cent of the registered 650,000 SME in will be out of business in two years’ time if the TPPA is signed. As 80 per cent of the workforce was employed in SMEs, this means that there might an increase in unemployment. However, there may be increase in employment with increased trade and exports but experience in Africa, Latin America and have shown otherwise.