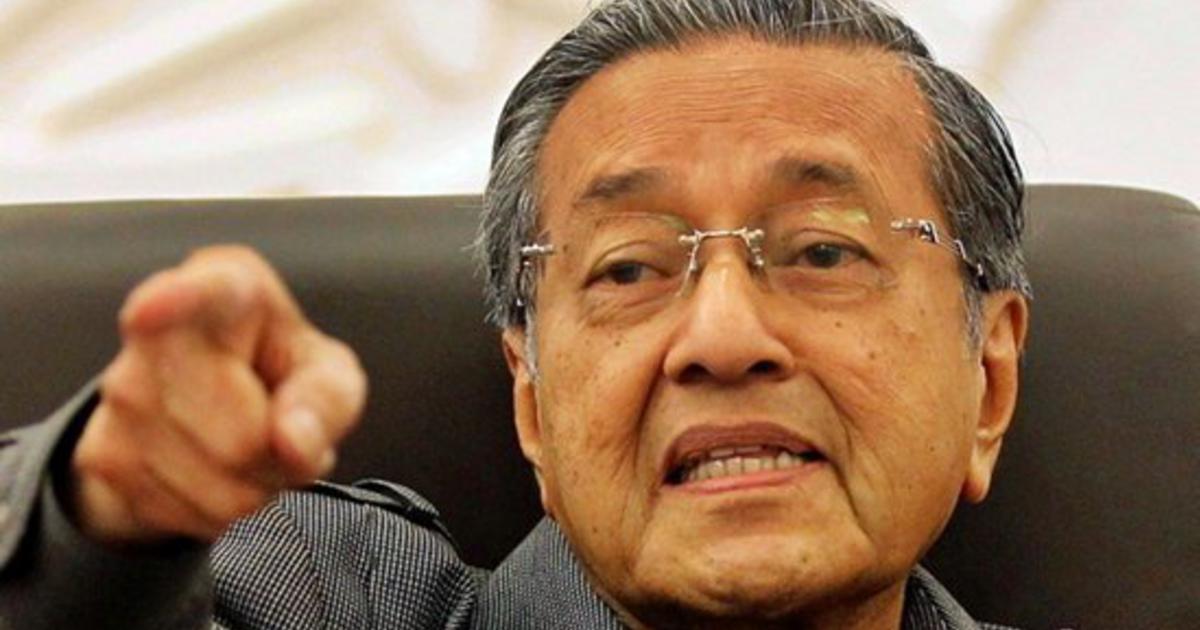 The Agong may act at his own discretion and listen to other people than the Cabinet.

NEWS UPDATE There appears to parallels between the role of the British Queen, under the uncodified British Constitution, and that of the Agong under the Federal Constitution, based on the case that former Prime Minister Mahathir Mohamad (picture) has made out in his recent blog posting.

On paper, the Queen can assume the executive authority which had always rested in her role. In practice, however, the people would not stand for it. Indeed, if the unthinkable happened and the Queen assumed all executive authority, the French Revolution would seem like a walk in the park if the British rose up in revolt.

Mahathir appears to advocate the line that since executive authority rests with the Agong he could step in and show Prime Minister Najib Abdul Razak the door. In practice, its unlikely to happen. However, if it does happen, it will be a storm in a teacup. If push came to show, no Court would dare go against the Agong.

Theres a precedent from where the Queen is represented by the Governor-General. It culminated on 11 November 1975 with the dismissal from office of the Prime Minister, Gough Whitlam of the Australian Labor Party (ALP), by Governor-General Sir John Kerr, who then appointed the Leader of the Opposition, Malcolm Fraser, as caretaker Prime Minister.

Mahathir has underlined some very important principles in his blog posting viz. executive authority rest with the Agong and was exercised in his name; there's no separation of powers between the government and the Agong; and if the government is in breach of the principles by which it's supposed to act, the Agong can remind or move in.

The citizens of this country are also the subjects of their Rulers, reminded Mahathir in his blog posting. As Rulers they must care for the welfare of the people.

Currently, the Prime Minister as head of the elected legislators has clearly been in breach of several principles.

All these are public knowledge, pointed out Mahathir. The Rulers may have heard and probably received petitions on the authoritarian disregard for the law and rules by the government.

Mahathir was commenting on the Deputy Prime Minister making reference to the separation of powers in the latters take on the recent statement by the Rulers over the need for investigations on 1MDB and the RM2.6 billion in Najibs account to be expedited. Is this a breach of the assumed separation of powers between the Rulers and the government?

It is true that the Agong and the Rulers are constitutional monarchs, conceded Mahathir. But that does not mean that they are just rubber stamps to validate all the acts of their governments.

Section 40 states clearly that the Agong shall be entitled, at his request to any information available to the Cabinet, stressed the former Prime Minister. These two sections clearly give the Yang di-Pertuan Agong some executive roles.

Section 40 para (2) clearly states, said Mahathir, the Yang di-Pertuan Agong may act in his discretion in the performance of:

a) the appointment of the Prime Minister

In the recent past, said Mahathir, we have seen Rulers rejecting nominees by the majority party for the office of Menteri Besar.

Should the Prime Minister request for the dissolution of Parliament, the Agong may reject, argued Mahathir. Again, we see here that the Agong and the Rulers may act on their own discretion.

They may also consult and accept recommendations of any person or body of persons.

Obviously, if petitions are made or there is a public clamour, said Mahathir, the Rulers may not have to listen only to the Cabinet.

What is clear is that nothing in the Constitution talks about the separation of powers between the government and the Agong. In fact in many instances the Agong may act at his own discretion.

And the Agong may listen to other people than the Cabinet, reiterated Mahathir. This is only as it should be as failure of the Cabinet to address complaints by the people may require the Agong and the Rulers to urge the government to respond.

On the other hand the same cannot be said regarding the principle of the separation of powers between the legislative, the executive and the judiciary, said the former Prime Minister.