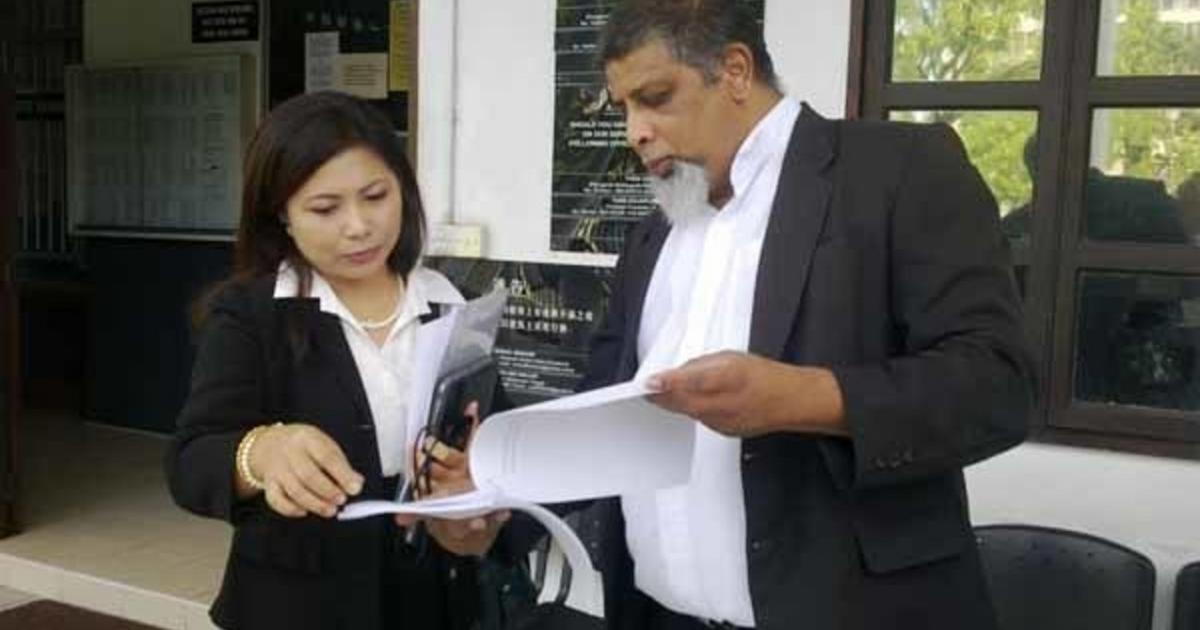 Senior Sabah lawyer Marcel Jude Joseph, 54, initiated the suit after he received two letters of demand from Messrs Azhar & Wong in connection with a housing loan facility for RM132,000.

SUIT Senior Sabah lawyer Marcel Jude Joseph, 54, (right) has filed a suit against Hong Leong Bank Berhad, where he has an account, for appointing three peninsula-based lawyers to handle its case against him. Marcel claims that the bank did not get the blessing of the High Court of Sabah and Sarawak before appointing the three lawyers.

Marcel initiated the suit after he received two letters of demand from Messrs Azhar & Wong requesting payment of arrears of installment of RM4,049.00, compensation charges of RM272.86 and legal cost of RM37.10 (inclusive GST) in connection with a housing loan facility for RM132,000. “What business has a legal firm and lawyers who have no right to practise in the State of to issue a letter to me?” he asked. “This clearly contravenes the provision of the Advocates Ordinance of Sabah.”

He argued that the bank/legal firm have not provided him with any service and yet was trying to claim GST from him. “This is tantamount to fraud.”

“Am I the only one or are there others like me asked to pay up GST?”

He disclosed that he had extended copies of the letters from the legal firm to the Inquiry Committee of the Sabah Law Association (SLA), the Deputy Registrar of the High Court of Sabah and Sarawak in Kota Kinabalu and the Chief Justice of Sabah and based in Kuching, “for their verification and investigation”.

In his statement of claim, the Sabahan is seeking exemplary damages from the bank and the three peninsular lawyers.

Marcel claims that the bank’s contention that his loan was in arrears was false and untrue. “This has caused me much distress and mental trauma.”

He further claims that the letter of demand to him was unlawful and in breach of the term loan facility between him and the first defendant.

He wants an injunction retraining the first and second defendants on the letter of demand and further claims damages to be assessed, statutory interest, costs and any other relief deemed fit by the Court.