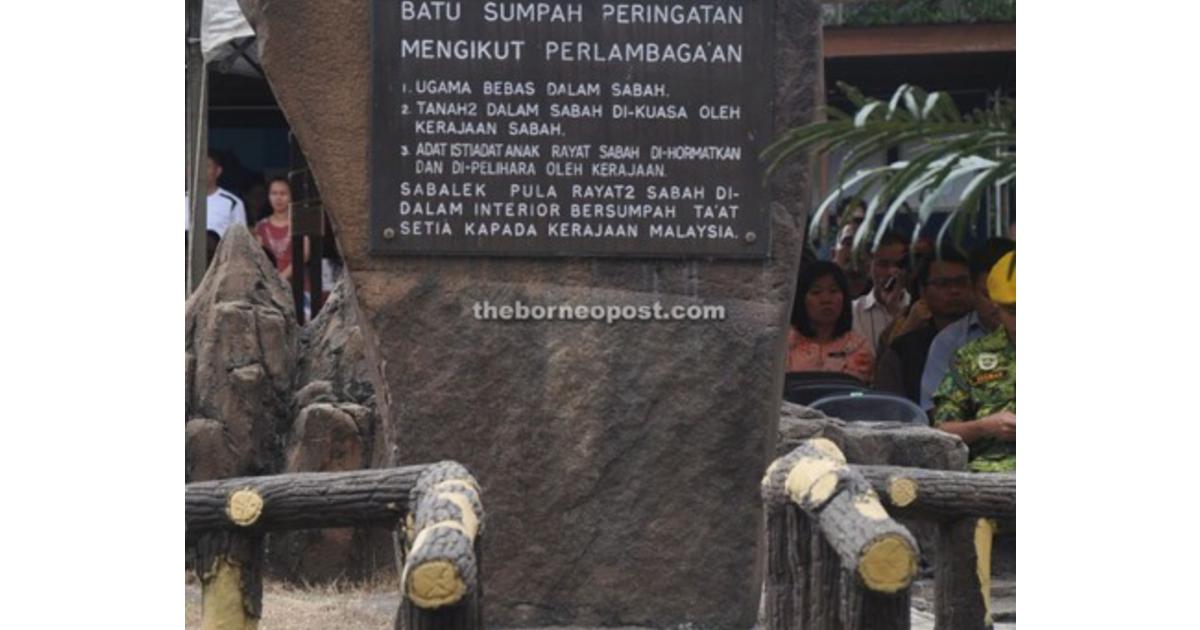 The politicians in Sabah and Sarawak are not genuine on the rights issues and the return of Full Autonomy and only use them when they feel threatened.

NEWS ANALYSIS Universiti Kebangsaan Associate Professor Faisal Hazis thinks that with 57 MPs in Parliament and the peninsula politically split down the middle, Sabah and Sarawak have a window of opportunity, a unique position, to tell the Federal Government in Putrajaya: "If you want our 57 seats in the Malaysian Parliament to support you, listen to us!"

"This is a very unique window of opportunity and they should seize it."

Faisal does not think that politicians in Sabah and Sarawak are genuine on the 20 Points, 18 Points and other constitutional documents on Malaysia including the Malaysia Agreement 1963, the rights issue, secession and the return of Full Autonomy. "The local politicians only use these issues whenever they feel threatened. They use these issues as a tool to retain political power," said Faisal. "We need to understand this as well."

The old political system based on Sabah and Sarawak maintaining Malay and Muslim political dominance at the insistence of the Federal Government, delivering the parliamentary seats to Putrajaya and allowing the extraction of local resources by the Federal Government, can no longer work. "The new system must be based on a decentralized Federal system, inclusive politics, and state and national interests based on the Federal Constitution and the Spirit of 1963."

Faisal was delivering a talk, "Federal-State Relations from the political Perspective", at the Malaysia Federalism and the Way Forward closed door discussion in Kota Kinabalu over the weekend. The discussion was organised by the Society for Empowerment and Economic Development Sabah (Seed), a think tank.

He sounded a note of warning in stressing that the ongoing "talks" between the Governments of Malaysia, Sabah and Sarawak for the return of Full Autonomy to the two Borneo nations, the status they had before 16 Sept 1963, had to go together with structural reforms. These reforms, he added, must mean that democratic institutions must be strengthened. "The Judiciary must be independent and the media free as part of the checks and balances on the local elites and the Election Commission must be empowered."

"The civil society should be the 3rd Force as political parties become increasingly hopeless. Government policies should be inclusive to ensure that race and religion are cast aside in politics," said Faizal.

"The Borneo nations should take a bold step and help make a difference for the better in national politics. There's a need for statesmen and not politicians."

In the absence of structural reforms, he explained, the return of Full Autonomy would mean that local strongmen like the late Mustapha Harun in Sabah and Taib Mahmud in Sarawak, presently Governor, would politicize development and fortify their positions at the expense of the people. "Part of the problem in Sabah and Sarawak is the doing of local politicians and not the Federal Government," he said. "These greedy politicians imported illegal immigrants and arranged blue ICs for them, without citizenships, to become voters."

"Obviously, they wanted to impress their political masters in Putrajaya."

Another example he cited was Islam being made the official religion of Sabah by Mustapha in defiance of the various constitutional documents on Malaysia, with a Basic Features Doctrine implied, which clearly stated that the two Borneo nations would have no religion. "No one can amend the basis for Sabah and Sarawak to be in Federation with Malaya."

A third example Faisal cited was the Petroleum Act 1974 being bulldozed through in Parliament by Taib himself as Federal Minister of Mineral Resources although Abdul Rahman Ya'kub, his maternal uncle and Chief Minister of Sarawak, and Sabah Chief Minister Mustapha Harun were reluctant. Taib eventually replaced his uncle as Chief Minister in 1981 with Federal Government support and the consent of the former after a rebellion against Rahman by the Sarawak United People's Party (Supp) and the Chinese.