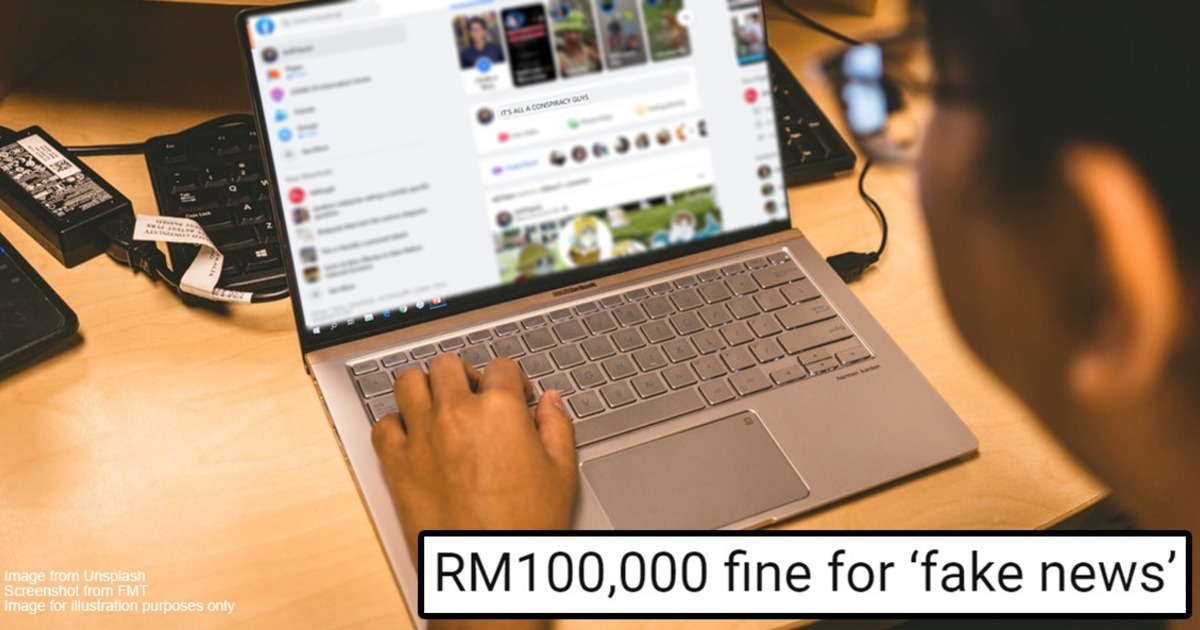 In case you haven’t heard, the government has just gazetted the Emergency Ordinance targeting “fake news” on Covid-19 or the emergency. Titled Emergency (Essential Powers) (No. 2) Ordinance 2021, it is operational from 12 March 2021, one day after it was announced.

Under the Ordinance, sharing fake news about Covid-19 or the emergency, in whatever form can be punished. Most of the headlines are about Section 4, where people who create or share fake news can be fined RM100,000. But what else is included in the Ordinance?

Disclaimer: Do note we are using simplified language to aid in understanding the Ordinance. If you’re looking for the exact wording, you may refer to the Emergency Ordinance here.

1. You’re fined for making and/or sharing it

Under the Ordinance, fake news is defined as:

“...any news, information, data and reports, which is or are wholly or partly false relating to COVID-19 or the proclamation of emergency, whether in the forms of features, visuals or audio recordings or in any other form capable of suggesting words or ideas.”

Under Section 4(1), anyone who creates or shares fake news with the intention to cause, or will likely cause fear or alarm to the public, if found guilty can be fined up to RM100,000, imprisoned not more than three years, or both. Besides these punishments, the court can also order the person to apologise to those affected by it. If they do not apologise, they can be fined another RM50,000, imprisoned not more than one year, or both.

Anyone who gives financial assistance for creating or sharing fake news — or has reasonable grounds to believe the money will be used for that purpose – will also be punished. Under Section 5, they can be fined up to RM500,000, imprisoned for up to six years, or both.

2. The law applies even when you’re overseas...and not a citizen

Under Section 3, if you commit any offence in the ordinance outside of Malaysia, it will be treated as if you did it in Malaysia. This applies regardless of your nationality or citizenship. But only if the offence concerns Malaysia, or the person affected by your action is Malaysian.

3. You have to remove it within 24 hours

If the police order you to remove the fake news from your publication, under Section 6(1) you have to do so within 24 hours. If not, you can be fined up to RM100,000. For each extra day that it’s up, you can also be fined up to RM3,000 per day. However, you can make a request to the High Court to review this decision.

Anyone who’s affected by fake news shared or created by you can make a request to the court to get it removed. Interestingly, the court can serve you the order not just through a letter, but also via email or even your social media accounts.

You can appeal the order within 14 days of being notified. However, if it’s the government that tells you to remove it, you can’t appeal the decision.

And if you fail to remove the fake news for whatever reason, under Section 9(1) the court can order the police to do what’s necessary to remove it.

If you’re investigated under this ordinance, any evidence gathered will not be treated like most evidence under the Evidence Act 1950.

Statements made by anyone during an investigation, even if they died or disappeared afterwards, can still be used as evidence under Section 11.

And under Section 12, any statement you make, whether verbally or in writing, to anyone at any time, can be used as evidence.

5. You can be arrested for it without a warrant

Under Section 16, every offence listed in the ordinance is a seizable offence: which means that the police can arrest you without a warrant.

And if they’re investigating you, they must be given access to your computerized data, whether it’s stored inside the computer or elsewhere. You are also required to cooperate by giving any password, encryption or decryption code, softwares and even hardwares to access the data. If you refuse, you can be fined up to RM100,000, imprisoned up to one year, or both.

If traffic data is necessary for the investigation, you may be asked to disclose it, and then preserve it.

6. Helping someone will get you the same punishment

And overall, if you helped someone else commit any offence in the ordinance, you will be given the same punishment for the offence. But there are specific provisions for companies and the people behind them.

Under Section 25, suppose a company committed the offence, the director or CEO or anyone in charge of management can be charged together with the company. If the company is found to be guilty of an offence, the management will also be guilty of the same offence. The only exception is if they can prove that they did not know about it, or it was done without their consent.

It can also go from the bottom up. Under Section 26, you can be charged with the same offense as your employee if it was done at the office during working hours.