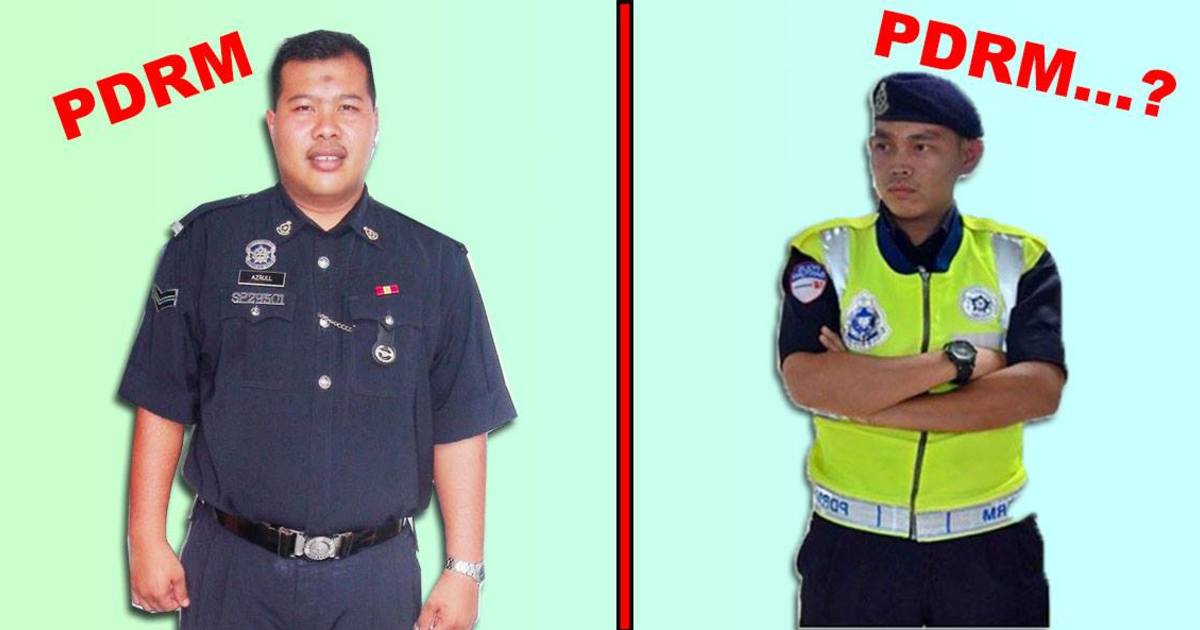 What powers do the Auxiliary Police (Polis Bantuan) have in Malaysia?

We’ve all (mostly?) seen the friendly neighbourhood Auxiliary Police (Polis Bantuan) at LRT/MRT/other train stations and at malls – you know, the guys who kinda look like cops, but you see the words “Polis Bantuan” when you look at their uniform closely. We also probably wondered what they actually do and if they’re actually legit PDRM. How are they chosen? How are they trained? Can they carry firearms? What’s the difference between them and the actual PDRM?

Here’s an overview with the basics of everything you need to know about the Auxiliary Police, starting with...

So just to make it really clear, an Auxiliary Policeman is NOT an overglorified security guard. They’re actually appointed and governed under sections 47 – 50 of the Police Act 1967 for the purpose of providing additional policing in areas where regular police patrols may be inadequate, and can be deployed to support PDRM officers in certain scenarios.

Generally, a private establishment (such as a mall) “employs” the Auxiliary Police by making a formal request to the PDRM to gain their services, and provide them with a salary. According to the PDRM portal, the general rule is that the auxiliary police’s employment contract is on a month-to-month basis, subject to agreement with whichever establishment they work with.

Regular tasks they do include:

The main duties of the Auxiliary Police are to protect the property of their employer and prevent criminal activity in areas they’re posted in. This means that they effectively function as regular police in their employer’s property. As mentioned above, they also work alongside regular police, so how do they prevent a “turf war” when it comes to safeguarding the public?

The Inspector General may, with the concurrence of the Minister, appoint or promote any person to serve in the Auxiliary Police as a senior auxiliary police officer with the honorary rank of Superintendent, Deputy Superintendent, Assistant Superintendent or Inspector, and may prescribe the area in which he shall serve.

The Inspector-General of Police, with the green light from the Home Affairs Minister, can appoint any person to serve a senior auxiliary police role with the honorary rank of Superintendent, Deputy Superintendent, Assistant Superintendent or Inspector. These people will typically be existing police officers or people who have gone through training.

Section 47(2) sets out the appointment of junior auxiliary police:

A Commanding Officer or any police officer authorized by him in that behalf, may, with or without written engagement, appoint or promote any person to serve in the Auxiliary Police as a junior auxiliary police officer with the honorary rank of subinspector, sergeant-major, sergeant or corporal or as an auxiliary police constable, and may prescribe the area in which he shall serve.

A Commanding Officer or any police officer authorized by said Officer can appoint any person (after training) to be a junior auxiliary police. Just like the appointment for senior Auxiliary Police officers, people who are existing police officers or people who have gone through training will be appointed.

I’m sure many are curious about how the Auxiliary Police are trained. We’re gonna find that out next.

If anyone was in the Police Cadet in middle/high school, you’d probably remember the times you had to do march training and all the other stuff. It’s similar, but yet different, for Auxiliary Police prospects. They go through a 9-week long training regimen at selected Pusat Latihan Polis. Their employers are responsible for their accommodation, food, tools/equipment and other things needed for the training. The Bukit Aman Training Facility supplies the training syllabus and they are reviewed time to time to ensure efficacy and relevancy.

Employers of Auxiliary Police officers must also supplement their officers with courses and additional training over time. They may also contact the Auxiliary Police body itself to find out if there’s any suitable training regimens to improve their “troops”. An example of the training schedule can be found here.

Any legitimate policing organization has a code of conduct. These are given in Paragraphs 26-28.

As mentioned in the intro, we’ve seen the Auxiliary Police carry guns, so...

Here’s the fun part: Yes, they are allowed to carry firearms, handcuffs and batons.

According to Paragraph 25, auxiliary police are authorized to carry firearms that are registered under their employer’s name. There’s a catch though – they can only carry firearms when they are on duty, and only in areas specified by their employer. It’s a no-go otherwise. This same principle applies to batons and handcuffs.

How far do we need to obey the Auxiliary Police?

Since the Auxiliary Police officers are employed privately, they can only exercise their powers within the boundaries of the property where they are assigned. They have no powers outside of said boundaries and locations.