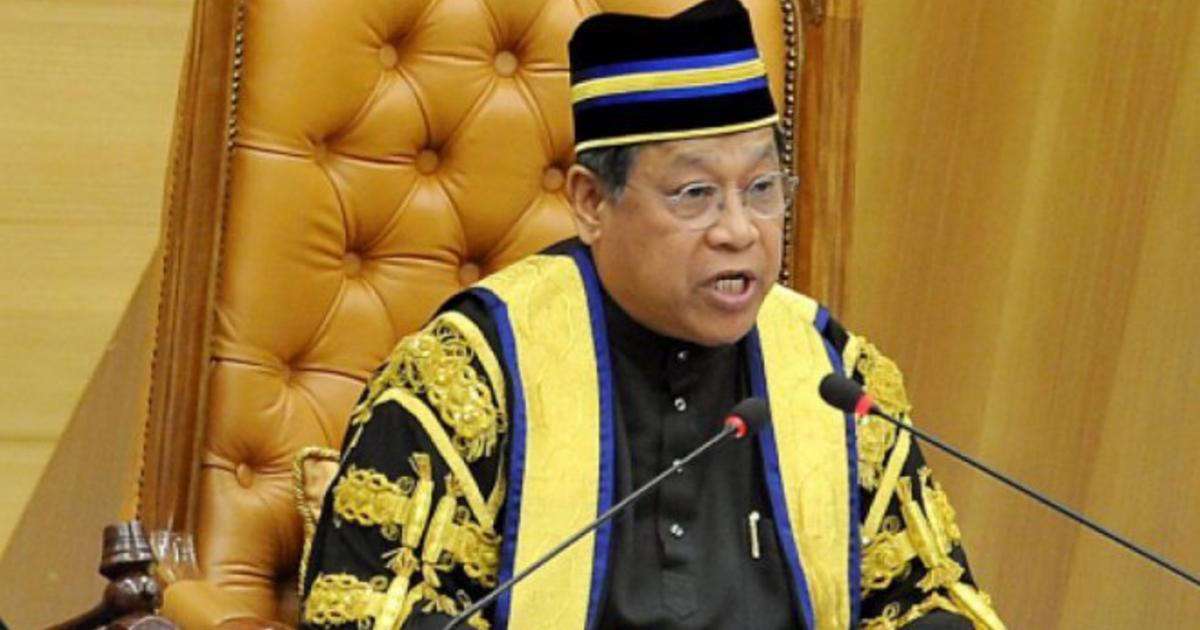 No confidence motion in Parliament must take precedence

If confidence was lacking in the Prime Minister theres no rationale in MPs first going through other items on the Agenda.

COMMENT It was surprising to read in the media that a no confidence motion in Parliament, introduced by Petaling Jaya Selatan MP Hee Loy Sian of PKR, has been placed 25thout of 28 items for the parliamentary session.

While government business generally takes precedence over other business, an exception should have been made in this case and the no confidence motion placed at the top of the list.

Theres no need for precedents in this case although theres one in Malaysia.

Established convention states motion of (no) confidence takes precedence over other motions. By historical convention, the government will always accede to the demand from the Opposition to allot a day for the discussion of such a motion and while the government is entitled to have regard to exigencies of its own business, a reasonably early day is invariably (always) found. (Source: p. 344, Erskine May, 24th Edition, 2011)

The famous British constitutional expert, Sir Ivor Jennings, stated that, the absurdity of a system in which the government postpones its own business in order to let the Opposition threaten death and damnation is only apparent. The Opposition is not just a nuisance to be tolerated, but a definite and essential part of the Constitution. (Source: p. 158, Parliament, 2nd ed, 1970)

This is certainly based on Erskine Mays principle that the practice for allowing the early tabling of a motion of no confidence is founded on the recognised position of the Opposition as a potential government and thus guarantees the legitimacy of such an interruption of the normal course of business. (Source: p. 344, Erskine May, 24th Edition, 2011).

If the confidence of the august house was lacking in the Prime Minister Najib Abdul Razak, theres no rationale in MPs going through 24 other items on the Agenda before coming to the no confidence motion.

When Najibs maternal uncle, Hussein Onn became Prime Minister in 1976 upon the death in office of his brother-in-law and Najibs father Abdul Razak on 15 Jan 1976, the first item that Parliament considered upon resuming was a confidence motion introduced not by the Prime Minister himself but a ruling party Senator Wan Ibrahim.

This is the summary of the motion:

The Dewan congratulates Yang Amat Berhormat Datuk Hussein bin Datuk Onn for being appointed by His Majesty the Yang di-Pertuan Agong as the third Prime Minister of , and gives him full support and cooperation for him to fulfill his great responsibility as the Prime Minister.

This motion was successfully brought up to the Parliament under sections 13(1), 25, and 26 of the parliamentary Standing Orders, and was being passed with 4 absentees and 20 MPs participating in the debate.

The basis of the latest proposed motion is the reported USD700 million (RM2.6 billion) deposit in Prime Minister Najib Abdul Razaks private bank account which was later explained as being a political donation from a Middle Eastern source.

That this House put forward a no-confidence vote against Prime Minister Najib Abdul Razak for receiving RM2.6 billion in 'donation money' which he had denied in the beginning, then threatened to sue The Wall Street Journal, and finally admitted the money was obtained through an individual from the Middle East

"Without explanation of why the 'donation money' was deposited into his personal accounts and not in the name of the party, the House is also unsatisfied over investigations into 1MDB by the 'special task force' which should be investigating this scandal, but was dissolved without explanation with the attorney-general Abdul Gani Patail's service being terminated; Malaysian Anti-Corruption Commission (MACC) officers transferred; police interfering in the MACC and Bank Negara's investigation, and the public accounts committee, which was in the middle of its investigation into the 1MDB case, being unable to function after four of its members were appointed as minister or deputy minister by the prime minister; the Special Branch deputy chief being transferred to the Prime Minister's Department without any duties.

"Given the problems mentioned, Prime Minister Najib Abdul Razak has affected the country's image in the world and caused investors to lose confidence in the government, to the extent the economy has become unstable, (with) the share market declining badly as well as the fall of the value of the ringgit against the US dollar.

Again, the first female Leader of the Opposition of Malaysian Parliament, Wan Azizah Wan Ismail, together with another 14 MPs from Pakatan, proposed a no-confidence motion in 2008 against then-Prime Minister Abdullah Ahmad Badawi.

This is the summary of the motion:

We are proposing a motion of no confidence against Prime Minister Datuk Seri Abdullah Ahmad Badawi, because of the way he and his cabinet ministers handled the national executive tasks, had caused the people to lose confidence on the integrity of the government.

The motion had no chance to get into the Dewan, as it was being vetoed in the Speaker's office under section 18(7) of the Parliamentary Standing Orders, on the grounds that the bill stated that a vote to be taken on the no-confidence motion but the provisions it was filed under was to seek "negotiation".

However, under sections 27(3) and 45(1) of the Parliamentary Standing Orders, it is still possible to table a motion of no confidence against the Prime Minister, argues Ooi Heng, the Executive Director of Political Studies for Change (KPRU  Kajian Politik untuk Perubahan), a think tank.

Standing Order 27(3) states that, "except as provided in Standing Order 43 and in paragraph (5) of Standing Order 86 and 26(1), not less than fourteen days notice of any motion shall be given unless it is in the name of a Minister, in which case seven days notice or, if Tuan Yang di-Pertua is satisfied upon representation to him by a Minister that the public interest requires that a motion should be debated as soon as possible, one days notice shall be sufficient."

Earlier, the Speaker of the Dewan Rakyat, Pandikar Amin Mulia, had been reported as saying that the Standing Orders of the Parliament of Malaysia does not state that an MP may propose a no-confidence motion against the Prime Minister.

However, at the same time, the Standing Orders do not state that such a motion cannot be proposed.