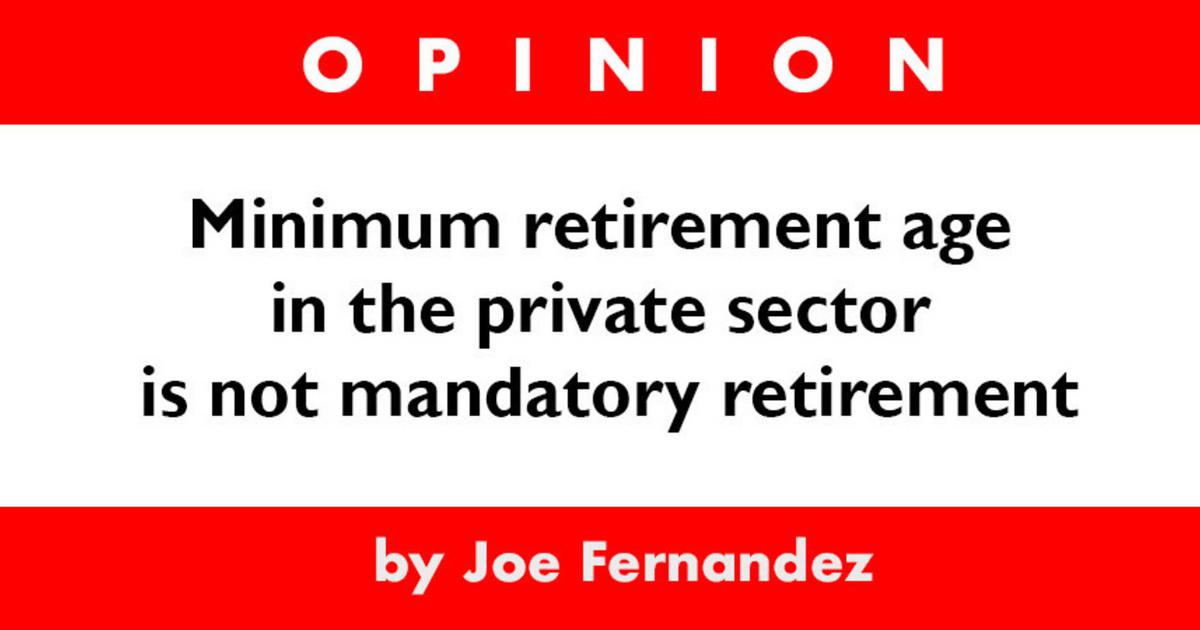 Minimum retirement age in the private sector is not mandatory retirement

The non-existence of a retirement clause in an employment contract cannot mean that no employer can ever bring an employee’s service to an end by retiring him (or her) at a certain retirement age.

The Malaysian Government has, by policy, a mandatory retirement age for its employees. In the private sector, however, the law provides for a minimum retirement age i.e. an age before which employees cannot be terminated except with “just cause and excuse”.

The Minimum Retirement Age Act 2012 (the Act) was gazetted on 16 August 2012 and was enforced on 1 July 2013. The Act states that the minimum retirement age of an employee shall be upon the employee attaining the age of 60 years. The employers may fix a retirement age for their employees which is higher than 60.

However, Section 2 of the Act stipulates that the minimum retirement age does not apply to a person who, before the date of coming into operation of this Act, has retired at the age of fifty five years or above and subsequently is re-employed after he has retired.

If an employee in the private sector is “retired” at 60 by the employer, does it amount to “dismissal without just cause and excuse?”

The Equality Act 2010 UK, for example, holds that any dismissal for retirement reasons will be unfair unless there’s effective “employer-justified retirement age” (EJRA). Only if the “company policy” can be interpreted as a contractual term which applies directly to the employee “retired”, will the company have an effective EJRA to enforce. Even if a company has a policy which is deemed a term of the contract but they do not enforce it against, for example female secretaries, this will mean the EJRA is discriminatory and not effective.

The Court of Appeal upheld the decision of the Industrial Court that “an employer could impose a retirement age even though there was no provision in the contract of employment”.

Gopal Sri Ram JCA, speaking through the Court of Appeal, approved the decision of the Industrial Court at pp. 13 and 14 as follows:

Briefly, he said “the non-existence of a retirement clause in an employment contract cannot mean that no employer can ever bring an employee’s service to an end by retiring him (or her) at a certain retirement age”, or that such an action would be tantamount to dismissal without just cause or excuse”.

Quite apart from having the advantage of common sense, Gopal Sri Ram JCA said, “it’s supported by respectable authorities”.

In See Teow Chuan & Another v. YAM Tuanku Nadzaruddin ibni Tuanku Jaafar and Others [2007] 2 CLJ 82, The Court of Appeal held that the first and second plaintiffs could continue as the Managing Director and Executive Director respectively of the fifth defendant until they reached the retirement age of 70 years as provided by the Companies Act 1965.

The doctrine of election as defined in the Concise Law Dictionary, said Gopal Sri Ram, was as follows:

“Choice . . . The equitable doctrine of election is to the effect that he who takes a benefit under an instrument must accept or reject the instrument as a whole; he cannot approbate and reprobate. If there is the will of X a gift of A’s property to B, and a gift to A, A can only take the gift by giving his own property or its value to B.”

Alternatively, said the Dictionary, he can elect to and reject the gift.

Joe Fernandez is a mature student in law and longtime Borneo watcher who has been with Free Malaysia Today and Malaysiakini, among others.