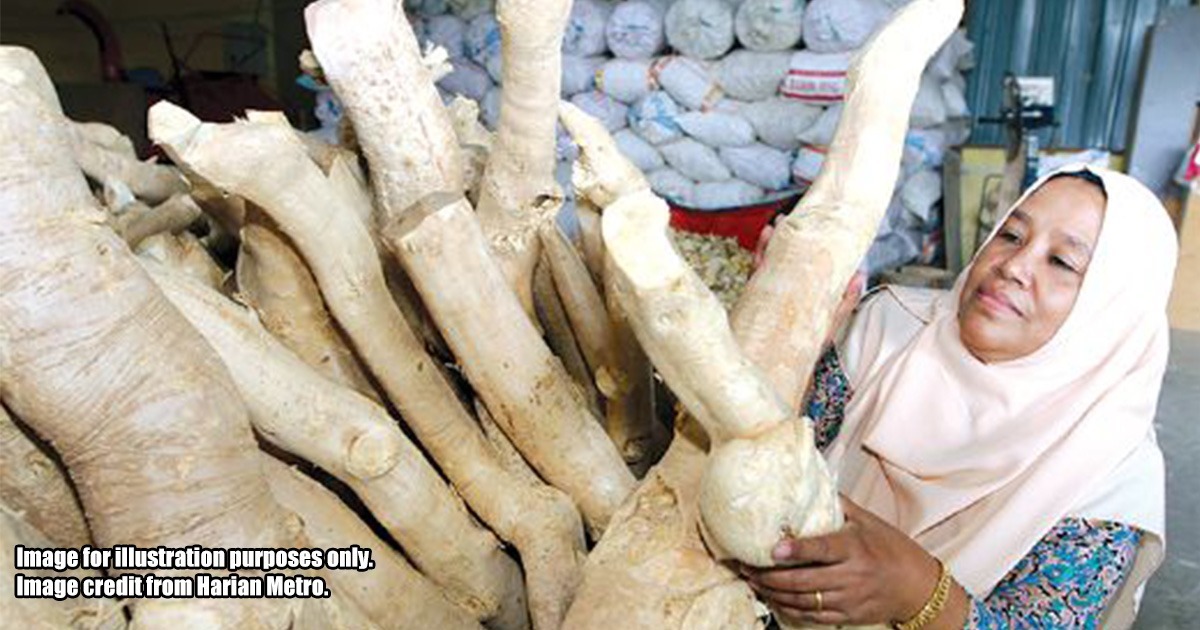 over 3 years ago Ariff Kamil

Tongkat Ali has been used for ages as an energy supplement, or more famously as an aphrodisiac, all the way from Malaysia to Cambodia. Traditionally, it was consumed by boiling the roots then drinking the mixture, but now you can get 3-in-1 tea mixtures, canned drinks, or even pill supplements. For the modern versions, whether you prefer Alicafe or Tongkat Ali, if you read the contents, most would mention that it contains ‘Tongkat Ali extracts’. So for something so easily available and used everywhere in the region, it can be surprising to know that the Malaysian government has patented Tongkat Ali extracts.

But first, we’ll start with Biotropics Malaysia, a producer of Tongkat Ali products and a subsidiary of Khazanah, and their warning notice for other makers to stop creating their patented product.

Biotropics warned other Tongkat Ali makers about their patent

On the 31st of July 2019, Biotropics issued a warning notice in The Star’s print edition. In the notice, Biotropics stated that they are the sole licensee of the patent number MY-134867-A. This patent covers bioactive fractions in Tongkat Ali for new scientific uses. The patent is jointly owned by the Malaysian government and the Massachusetts Institute of Technology (MIT)

The reason for the warning notice? Some unnamed companies were making Tongkat Ali products that infringed the patent; they didn’t have the license to do it. Biotropics is the sole licensee of the patent, granted to them by the Malaysian government through the Ministry of Energy, Science, Technology, Environment, and Climate Change (MESTECC). They warned the other companies to stop, or they will sue.

(1) ...the owner of a patent shall have the following exclusive rights in relation to the patent: (a) to exploit the patented invention; (b) to assign or transmit the patent; (c) to conclude licence contacts. (2) No person shall do any of the acts referred to in subsection (1) without the consent of the owner of the patent.

Only the patent owner and the licensee can ‘exploit’ the patent, as well as the process to create it. Under Section 36 (3) (a) and (b):

(3) ...“exploitation” of a patented invention means any of the following acts...: (a) when the patent has been granted...: (i) making, importing, offering for sale, selling or using the product; (ii) stocking such product for...offering for sale, selling or using; (b) when the patent has been granted in respect of a process: 36 (i) using the process; (ii) doing any of the acts...in paragraph (a), in respect of a product obtained directly by means of the process.

As the sole licensee, only Biotropics can create, sell, and stock their shops with the patented product. Additionally, they warned other makers that if they falsely claim that they too have a patent on their commercial product, they are committing a crime. Under Section 64 (1) of The Patent Act:

(1) Any person who falsely represents that anything disposed of by him for value is a patented product or process commits an offence and...is liable on conviction to a fine not exceeding fifteen thousand ringgit or to imprisonment for a term not exceeding two years or to both.

Is this true? Does the Malaysian government, and only their licensee, Biotropics have the right to create and sell Tongkat Ali products? By patenting the process and the contents, would that technically mean you’ve patented the plant?

“13. ...the following shall not be patentable…(b) plants or animal varieties or...biological processes for the production of plants and animals…”

You can’t just patent anything you want. We asked a lawyer, Dinesh Sadhwani, on this Tongkat Ali matter.

“...as you may see from Section 13 of the Patents Act, certain things cannot be patented. Also, don't forget that, in order to obtain a patent, the idea must satisfy certain criteria especially the novelty test. These would be some of the safeguards or hurdles the law has in place for a patent applicant ⁠— Dinesh Sadhwani in a reply through email.

(1) An invention is new if it is not anticipated by prior art. (2) Prior art shall consist of – (a) everything disclosed to the public, anywhere in the world, by written publication, by oral disclosure, by use or in any other way, prior to the priority date of the patent application claiming the invention;

They haven’t patented the traditional way of processing or using Tongkat Ali, as that isn’t a novelty. You can cook it, steam it, boil it, broil it, bake it, saute it, turn it into a cream or even a pill. You can even claim that your product makes husbands last in bed for 3 days straight, all day, all night, call your doctor so he can take a picture of it! (This is a joke, don’t do it. You can’t make claims if you can’t back it up) None of that is infringing the patent.

But didn’t they patent the extracts? Wouldn’t that mean we can’t make any Tongkat Ali product, as they contain the patented extracts?

To understand it, we need to think smaller. Microscopic, even. But first, we need to know what the claim is on.

What exactly did the Malaysian government patent?

Biotropics clarified their patent after getting backlash on their previous notice.

"While the patent does involve Tongkat Ali, the...Patent was granted...to new scientific uses relating to Tongkat Ali and is not for Tongkat Ali itself...the patent does not cover any traditional knowledge nor does it cover traditionally known claims...such as tonic , energy, sexual performance or blood circulation either in supplements, food and beverage forms found in stores. — Biotropics statement, Malaysiakini.

From the patent itself, you can read their claims on the last 2 pages. They basically claimed three things:

Unless you’re a chemist, this might sound really confusing. The terminology and processes can be hard to understand, and not readily available in one place. So we turned to a source where specific experts gather—Reddit. Thanks /u/cedar_goose for the chemistry lesson!

Disclaimer: This is a simplified version so there might be a small margin of error; but you can get a general idea of how it works. If you're planning to make your own Tongkat Ali extract, do not read this.

Next, the aqueous extract will be separated into different compounds using a technique called column chromatography. This technique is used to separate a sample that contains many different compounds. It consists of column which contains fine powders of silica, and you put your sample in the column (with solvent) and let it pass through the silica and come out via a tap at the bottom of the column.

Through this process, "fractions" are collected—this is when a few mL of the liquid is collected in separate vials or tubes, and you keep collecting it in new vials over and over again. The sample will come out of the column and be collected at different times, which is how you purify your desired product. For example, the first 10 fractions collected might not have anything, the following 3 might have an undesired compound (which you will discard), the following 5 might have your desired product (which you combine together and keep), and the last 8 might contain nothing.

They discovered that the fractions they collected are bioactive. Bioactive means that when consumed, the fraction causes biological activity inside the body. They tested the extract on rats, and they found that it increases testosterone synthesis, testosterone release from cells, sperm count, and sperm motility.

So what Malaysia have patented is: The bioactive components; the method of isolating the bioactive components; and its new scientific use: to treat sexual dysfunction or male infertility by increasing testosterone release and sperm count. This is why Biotropics said their patent is for new scientific uses. Under Section 14 of The Patent Act, their invention is considered new if it hasn’t been used in such a way before. They did not claim it had the traditional uses mentioned before. Theirs is a new product with new uses.

In short: it’s a novelty. Which means that…

Traditional makers are safe, but Biotropics need to prove their claim on other makers

The problem would lie with more modern manufacturers, especially ones that may use similar methods, or claim that their products increases testosterone and sperm count. But it’s not as simple as them just saying someone infringed their patent and they’ll immediately win their case.

Biotropics still needs to prove that other Tongkat Ali producers have infringed their patent. Under Section 60 (1) of the Patent Act 1983:

(1) If the owner of the patent proves that an infringement has been committed or is being committed, the Court shall award damages and shall grant an injunction to prevent further infringement...

So product makers found guilty will have to pay up and shut up shop. But the burden of proof is always on the claimant. Because if they can’t, then the claim has no tongkat to stand on.