Malaysia’s Nudity Laws: Do You Have The Right To Bare Yourself?

Note: The image above is screencapped from a video of a group of people stripping during a motivational camp in Bentong.

Public nudity - sometimes referred to as “public indecency” - in Malaysia can be quite a subjective topic as there isn’t a specific law determining when and where you can be nude, or what exactly constitutes nudity in the first place. While public nudity isn’t technically illegal, the authorities can use provisions provided by Malaysian federal laws as well as state by-laws in order to file a charge against a person accused of public nudity.

It isn’t a question of what you did, but WHY you did it 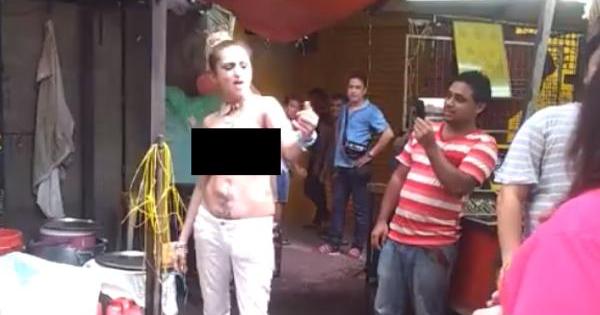 In order to secure a conviction, the authorities don’t only have to prove that you were in the nude (by photo or video evidence, eyewitnesses, etc.) but also that your nudity was purposefully intended to negatively affect the people who saw you.

Here are some examples of the legal provisions usually used against suspects charged with public nudity:

Section 509 of the Penal Code:

“Whoever, intending to insult the modesty of any person, utters any word, makes any sound or gesture, or exhibits any object, intending that such word or sound shall be heard, or that such gesture or object shall be seen by such person, or intrudes upon the privacy of such person, shall be punished…”

“Every person wilfully, openly, lewdly and obscenely exposing his person with intent to insult any other person…”

From here, we can glean two important points, the first is that the definition of nudity extends to the point in which a person who witnesses it considers it lewd or insulting; and the second is that there has to be proof of intent.

So for example, if a woman’s dress was to become undone in a shopping centre due to a faulty clasp or zipper, she would likely not have any charges placed against her as it was an accident - she had no intention of exposing herself. This is in contrast to the case of Persana Avril Sollunda, who was arrested under Section 509 and charged under Section 294 of the Penal Code for removing her jacket, blouse, and bra following an argument in Petaling Street in 2015.

But there is an exception..

The exception to this, where intention doesn’t have to be proven, is Section 294(a) of the Penal Code:

“Whoever, to the annoyance of others— (a) does any obscene act in any public place…shall be punished with imprisonment for a term which may extend to three months or with fine or with both.”

“294(a) is a strict liability offence that does not require intention to be proved. It means that if you did it then it’s an offence. You do not have to “intend” to do it.” - Fahri Azzat, in interview with ASKLEGAL

For example, you may be caught doing something that’s considered obscene, but not to you. You may have not intended for it to be “obscene” but it will not be a valid defence.

Can you go skinny-dipping or sunbathe nude in Malaysia? 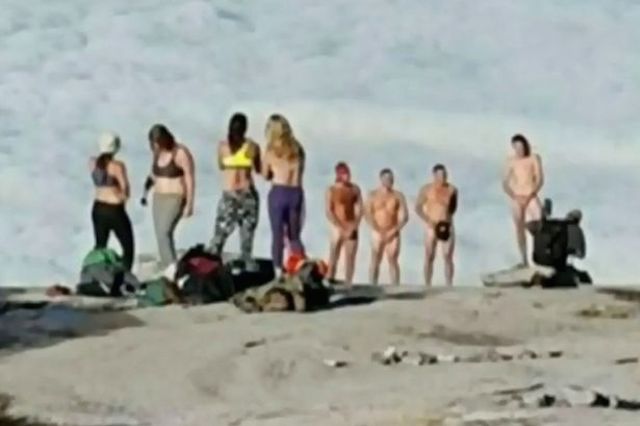 From a cultural and religious perspective, nude sunbathing and skinny-dipping in Malaysia should be avoided as a general rule unless it’s on private property and/or in a place secluded from the general public. In public areas, there’s a chance you may land in legal hot water from local by-laws which vary from state to state.

For example, the Parks (Federal Territory of Putrajaya) By-Laws 2002 states that it’s an offence for anyone to “use any indecent or offensive language or behave in an indecent or offensive manner,” meaning that you will be charged under this by-law if you were to be nude in any public structures under the jurisdiction of Perbadanan Putrajaya.

In East Malaysia, Clause 6 of the Native Courts Enactment 1992 grant authority for Native Courts to charge non-Natives for crimes that involve breaches of local customs and traditions.

“...cases arising from breach of native law or custom, religious, matrimonial or sexual, if the written sanction of the District Officer acting on the advice of two Native Chiefs has been obtained to the institution of the proceedings, where one party is a non-native…”

The most recent occurrence of this happened in 2015, where locals blamed the Mt. Kinabalu earthquake on 10 foreign tourists who stripped on the mountain - considered sacred ground by the local Kadazandusun community. However, the authorities ultimately decided the case fell under Federal law and charged the tourists under Section 294(a) of the Penal Code.

So unless you’re on a privately-owned island, beach, or poolside with no chance of being spotted; it’s probably a much better idea to keep those Speedos on.

What if nude pictures or videos of you end up online?

Thanks to smartphones, access to a camera is literally less than an arm’s reach away; which may compel some people to take a naughty picture or two. This leads to two questions - what happens if you were to post them online, and what happens if someone posts them online without your knowledge?

Posting obscene materials of yourself online is generally a bad idea because these materials can be used as evidence against you in court. You may find yourself facing charges under Section 292 of the Penal Code for possession or distribution of pornographic material, which states in part:

“Whoever— (a) sells, lets to hire, distributes, publicly exhibits or in any manner puts into circulation, or for purposes of sale, hire, distribution, public exhibition or circulation makes, produces or has in his possession any obscene book, pamphlet, paper, drawing, painting, representation or figure or any other obscene object whatsoever..shall be punished with imprisonment for a term which may extend to three years or with fine or with both..”

Section 233 of the Communications and Multimedia Act (In part)

(ii) initiates the transmission of,

any comment, request, suggestion or other communication which is obscene, indecent, false, menacing or offensive in character with intent to annoy, abuse, threaten or harass another person…commits an offence”

If the nudity was recorded in a public place, you may also be further charged under Section 294(a) for performing an obscene act in public. This was the case for the participants of the Penang Nude Sports Games 2014, which took place on a private island rented for the occasion. Unfortunately, a video of the event was uploaded by a participant named Albert Yam and subsequently became viral. The participants were charged under Section 294(a) of the Penal Code while Albert received an additional sentence under Section 292 for possession and distribution of pornographic material. 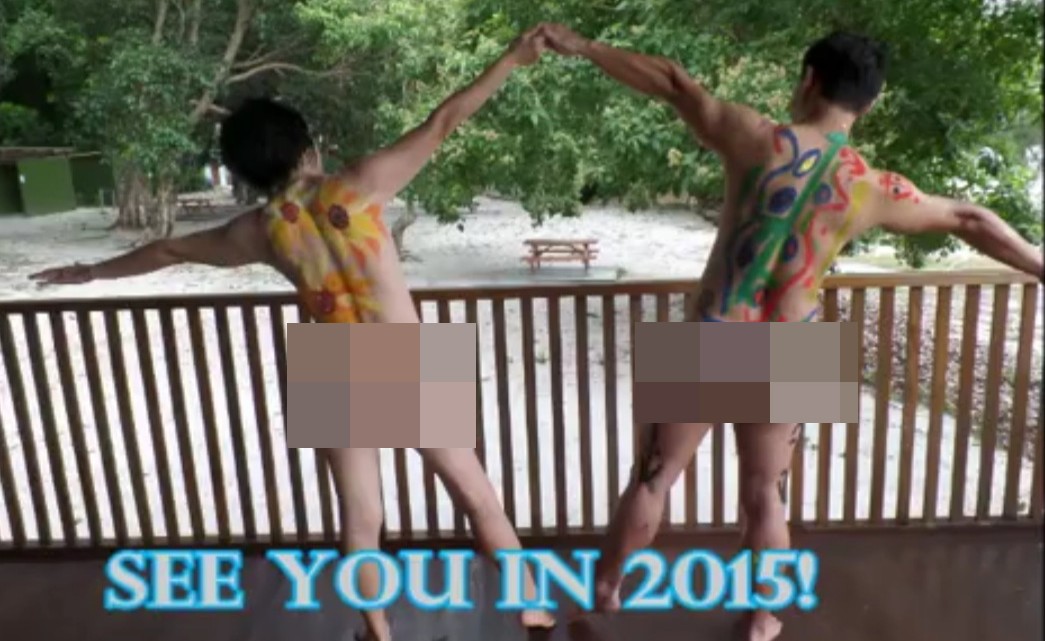 However, if the pictures were uploaded by a third party without your permission, you may lodge a complaint with the MCMC in order to initiate legal proceedings and block access to the material.

If the suspect is identified, the MCMC may also charge him or her under Section 292 of the Penal Code; and additionally under Sections 233 or 211(1) of the Communications and Multimedia Act :

Section 211(1) of the Communications and Multimedia Act (In part)

Upon consultation with a legal advisor, there is a possibility that you can take up a civil case against the suspect for defamation under the Defamation Act 1957 or the Copyright Act 1987 :

“[The] Copyright Act 1987 provides for criminal sanctions against copyright infringers. Section 41(1)(c) of the Copyright Act 1987 makes it an offence to infringe a person’s copyright. … However, this provision is wide enough to cover pictures. It is possible to prosecute a person for distributing pictures of others without permission, especially when it involves a massive number of pictures.” - Foong Cheng Leong, advocate and solicitor, quoted from foochengleong.com

Ultimately though, it’s important to note that any material that ends up online may never be fully removed or blocked, especially if they end up on sites outside of Malaysia.

If it’s not a place where nudity is acceptable, keep your clothes on!

Being that the idea of nudity in Malaysia may be less socially acceptable compared to some other countries, your best bet to avoid being slapped with public indecency charges is to always be on the side of caution - if no one else is nude or if it’s in a public space, it’s probably best to keep yourself dressed accordingly.