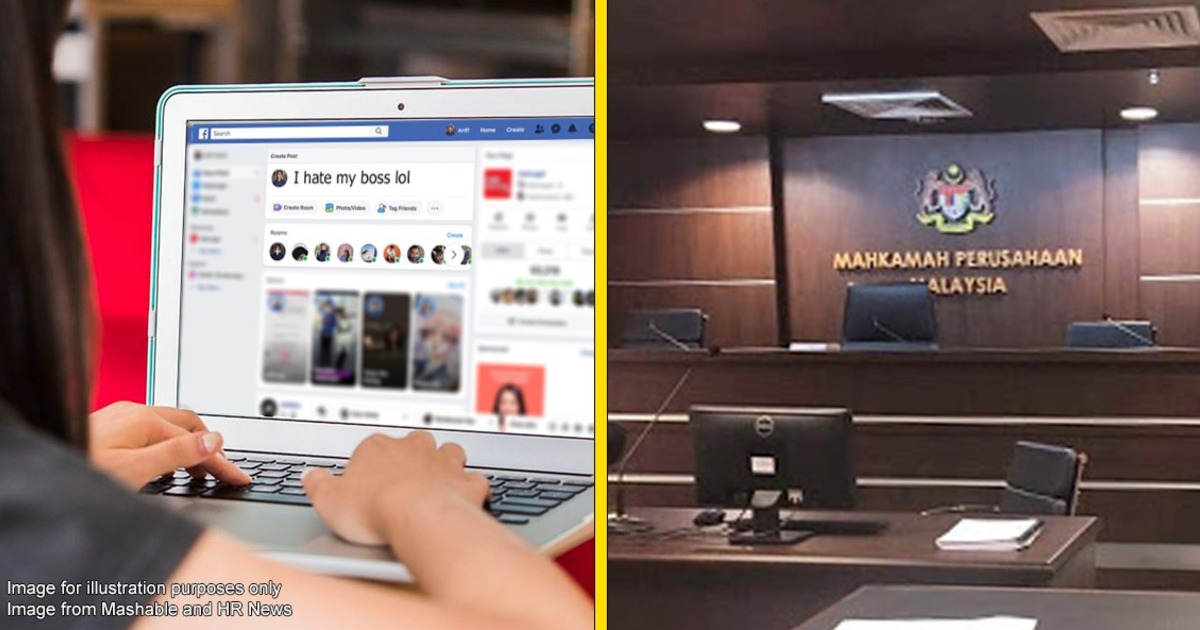 In Malaysia, insulting your company on social media can get you fired

We’ve all complained about our company before. We probably did it in a rant through WhatsApp, or in person over drinks. There are also a few who would vent their frustrations on social media such as Facebook or Instagram.

We might think that it’s just a harmless rant, and just a way for us to let off steam without getting into trouble. But as we’ll find out, passive-aggressive comments on Facebook won’t just get you into trouble – as this case illustrates, they can actually get you fired.

He claimed his company played favourites

An employee was fired after he complained on Facebook about his colleague, who he claimed was favoured by the company.

This is what happened in the case of Kamal Rafidi Mohd Zakaria lwn Alam Flora Sdn Bhd [2019] 2 LNS 2219. The employee, Kamal, was dismissed for making a defamatory Facebook post against his colleague. However, his comments also indirectly defamed his company by claiming they favoured his colleague, which was how he got into trouble.

He made the comments using a Facebook profile with the alias “Kent Zak.” In the post, Kamal uploaded a picture of a Certificate of Achievement from SWCorp, for the district of Rompin, with the following caption:

The recipient’s name on the certificate of achievement was blacked out. However, it wasn’t hard to figure out who he was referring to—for the district of Rompin, there was only one recipient that year.

His company, Alam Flora, started an investigation into the post after receiving a complaint about it from the certificate recipient. They found out that Kamal was behind the post, and did a domestic inquiry (DI) into it. The DI panel charged Kamal with three counts of misconduct:

These three misconducts were a serious breach of their company’s standards of procedure (SOP). Kamal was found guilty of all three misconducts, and was subsequently fired. He didn’t agree with their decision and brought his employer to court, claiming that he was unfairly dismissed.

He only made some comments on Facebook. Why should he be fired? Well, as it turns out…

It’s not what you say, it’s how you say it

There, the court had to determine whether his Facebook comments were defamatory. In his defense, Kamal argued that he made a fair comment, and that it wasn’t defamatory. He also said that he didn’t say anything that could lower the company’s reputation, and there was no damaging or threatening words in the comment.

However, to determine whether a statement is defamatory or not, is not done by understanding the phrase literally. Rather, it’s done by seeing what a reasonable person would think the statement means.

“...it is not confined to strict literal meaning of the words but extends to any reference or implication from which persons can reasonably draw.”

This is why the judge decided that the comment was defamatory, as it implied that:

So it’s not what you say, it’s what people think you mean.

But don’t we have freedom of speech???

a.) every citizen has the right to freedom of speech and expression;

The court did agree that Malaysian citizens do have that right. However, they said that freedom of speech is not an absolute right. You can’t abuse your right to defame any persons or groups. The court cited their reasoning from a previous case, Jeyaretnam Joshua Benjamin v. Lee Kuan Yew & Anor [1992] 2 SLR 310:

Freedom of speech is not a license to defame people. It is subject to legal restrictions. An absolute or unrestricted right to free speech would result in persons recklessly maligning others with impunity, and the exercise of such right would do the public more harm than good. Every person has a right to reputation and that right ought to be protected by law.

So we do have the right to freedom of speech. However, it doesn’t mean we can say anything we want about anyone. If we did, it opens the door for people to defame others. Which is unfair, because you have a right to not have your reputation tarnished by someone’s baseless claims. And your right to a reputation, should be protected by the law.

As we can see, cryptic messages on social media could get you fired, simply because it’s not what you say, but what you mean. So if you do feel that your company has been unfair to you, it’s best to bring up to your superior or human resources.