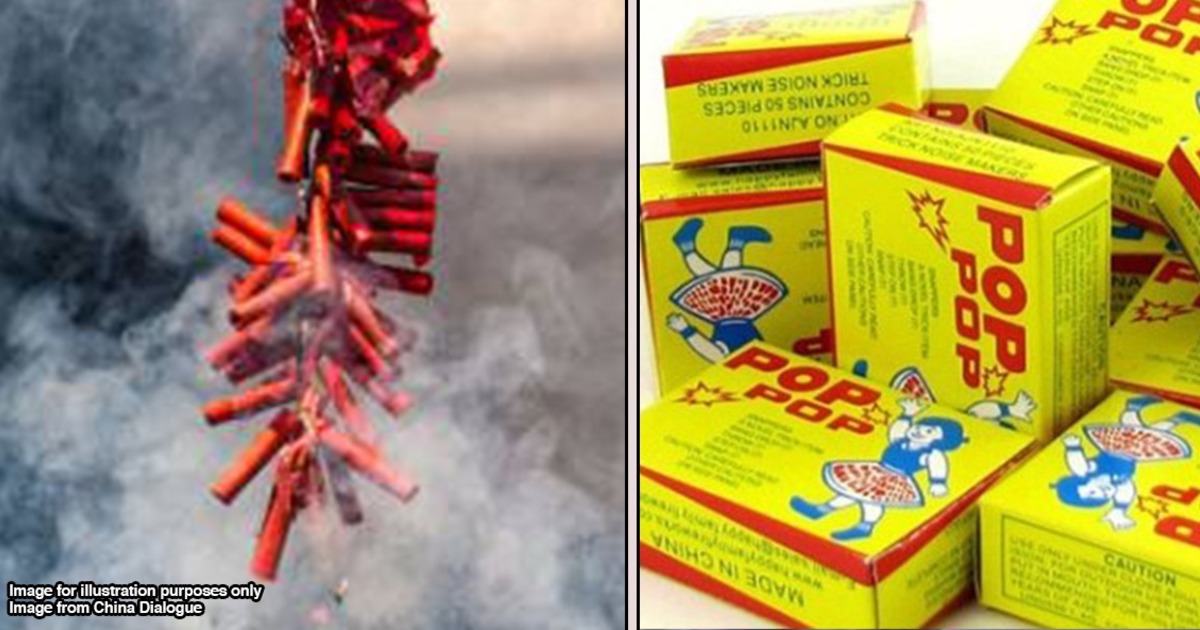 Fireworks are illegal in Malaysia... except for two types

There’s no denying that Malaysians are extremely familiar with fireworks, seeing as they are found almost everywhere in our country – especially during festive seasons. This is an understandable phenomenon, of course, courtesy of the unparalleled delight their thunderous booms and dazzling lights bring.

Are you aware, however, that fireworks are strictly illegal in Malaysia?

More importantly, are you aware of what you stand to lose – according to the law – if you are caught playing or having any kind of substantial association with these explosive devices? You probably should be, because the penalties can be explosive, to say the least.

Fireworks have been illegal even before Merdeka

Believe it or not, laws prohibiting the usage of fireworks in Malaysia have existed since before our country secured its independence.

Evidence of this is found in the Minor Offences Act 1955, which explains that those who are caught letting off fireworks – unless authorised to do so – may be subjected to punishment in the form of a fine of not more than RM100.00 or imprisonment for no more than a month, if not both.

Section 3(5) of the Minor Offences Act 1955 - Restriction on letting off of fireworks:

Any person who lets off any firework, except in accordance with the terms of an order or a licence issued under this section, shall be liable to a fine not exceeding one hundred ringgit or to imprisonment for a term not exceeding one month or to both.

But the costs don’t stop there.

Fireworks are in the same category as dynamite (!!!)

You may have noticed that we called fireworks “explosive devices” in the opening segment of this article, and might just question whether this is a valid label. This may surprise you, but Malaysian law certainly believes so, as given by this definition from the Explosives Act 1957:

Section 2 of the Explosives Act 1957 - Interpretation:

“explosive” means gunpowder, nitro-glycerine, dynamite, guncotton, blasting powders, fulminate of mercury or of other metals, coloured fires, and every other substance used or manufactured for the purpose of producing a practical effect by explosion or a pyrotechnic effect and includes fogsignals, fireworks, fuzes, rockets,...

This act then goes on to elaborate on this restriction by explaining that if you are caught even possessing these devices, let alone making or importing them, you can be slapped with a fine of RM10,000.00 or imprisonment for a term of 5 years, if not both.

Section 4(2) of the Explosives Act 1957 - Power to prohibit the manufacture, possession or importation of specially dangerous explosives:

Any person manufacturing, possessing or importing any explosive in contravention of a notification issued under this section shall, on conviction, be liable to imprisonment for five years, or to a fine of ten thousand ringgit, or to both.

Things are only exacerbated if it is concluded that explosions caused by fireworks in your possession are likely to endanger the lives or property of others, thus rendering you vulnerable to a possible fine of RM10,000.00 or imprisonment term of 7 years, if not both.

Section 6 of the Explosives Act 1957 - Penalty for causing explosion likely to endanger life or property:

Any person who unlawfully and maliciously causes by any explosive an explosion of a nature likely to endanger life or to cause serious injury to property shall, whether any injury to person or property has been actually caused or not, be liable, on conviction, to imprisonment for seven years, or to a fine of ten thousand ringgit, or to both.

Still thinking of parading around your neighbourhood with a massive display of pyrotechnics? Think again. One phone call from any of your neighbours may easily change your life – and not for the better.

But some types of fireworks are legal

In essence, and as you probably suspect by now, yes.

Fireworks are entirely illegal in Malaysia, even if we’re talking about traditional explosives like “meriam buluh” (bamboo canons) and homemade devices. However, the Ministry Of Home Affairs (MOHA) – which is the presiding authority over the aforementioned laws and penalties – has made an exception for these fireworks:

The Malaysian Government does not allow any form of igniting explosive firecrackers or fireworks except from the brand Happy Boom and Pop-pop. - Taken from MOHA’s website.

In addition, you may also submit an application to obtain permission or licence to ignite fireworks for certain events, as described in the Minor Offences Act 1955.

Section 3(1) of the Minor Offences Act 1955 - Restriction on letting off of fireworks:

A Chief Police Officer or any officer authorized by him in writing by name or office (in this section referred to as an “authorized officer”) may issue orders, which shall be published in the Gazette, authorizing the letting off of fireworks on certain fixed days, and at or between certain fixed hours, and within certain defined areas, and may in particular cases or at particular times issue to any person or body of persons licences for the letting off of fireworks.

These applications may be submitted to MOHA and is subject to the ministry’s approval. Certain government activities and concert events are also given permission to ignite fireworks through this process.

Going out with a bang

While we’re all for loud celebrations and brilliant light shows, we must remember that neither is an excuse to break laws – particularly those that have existed for well over 50 years now.

These laws are also taken very seriously by local authorities, as demonstrated through the recent arrest of 5 fireworks sellers in Kluang, Johor Bahru.

If that isn’t enough to deter you, just remember that explosive devices can be very unpredictable and dangerous, and that fireworks are no exception to this. The damage that was caused by a fireworks display gone wrong in Klang earlier this year testifies to this adequately.

Let’s just say that going out with a bang may not always equate to a happy ending.