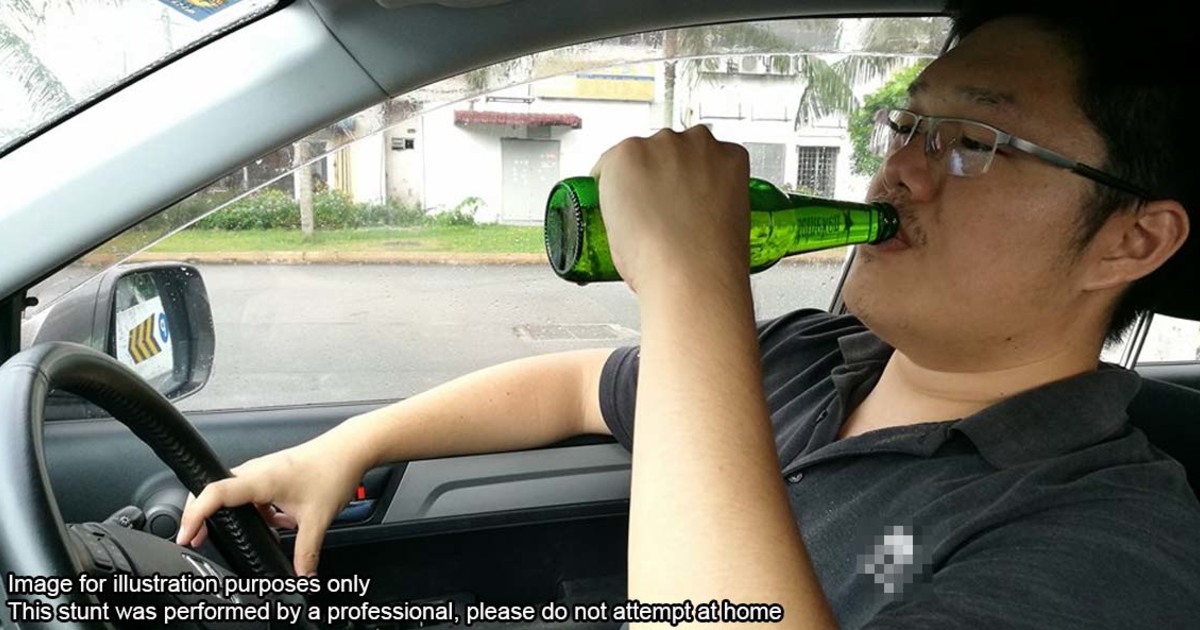 What are Malaysia's laws on drinking and driving?

According to a study done by the Malaysian Institute of Road Safety Research, about 23.3% of drivers in fatal accidents were tested positive for alcohol, according to this study done in 2012. A drunk driver is 13 times more likely to cause an accident compared to a sober one. But we’re not just talking about the traffic accidents caused by drunk driving, there’s are also legal consequences when you drink and drive.

Before we get into the specifics of what the legal consequences are if you get caught drunk driving, let’s talk about what constitutes drunk driving. Also, just to preface everything; the police have the right to ask you to take a breathalyzer test if they think it’s reasonable, and you can’t refuse it. We’ll also be discussing this throughout the article.

What is drunk driving?

Contrary to popular belief, you won’t immediately get into trouble with the police if you’ve been drinking a smidge of that delicious red wine and going behind the wheel. The amount of alcohol in you that’s enough to get you into hot water is covered under section 45G of the Road Transport Act 1987:

(a) 35 microgrammes of alcohol in 100 millilitres of breath;

(b) 80 milligrammes of alcohol in 100 millilitres of blood; or

(c) 107 milligrammes of alcohol in 100 millilitres of urine.

Let’s use the blood alcohol content (BAC) as the standard as it’s probably the easiest to understand. How much do you have to drink to get 0.08% (80 milligrams of alcohol in 100 milliliters of blood) BAC? According to BACtrack, conventional wisdom cites that you’re fine if you down a standard drink per hour. The National Institute on Alcohol Abuse and Alcoholism (NIAAA) defines a standard drink as 354ml of beer, or 148ml of wine. As a frame of reference, 1 pint is 473 milliliters.

The numbers can be misleading because different people can reach 0.08% BAC because of different physique and metabolism. The easiest way to know for sure is if you have your own breathalyzer. That brings us to section 45B of the Road Transport Act 1987, which gives power to the police to administer breath tests. Breath tests are not the only way to test for BAC, but they’re the most common one because breathalyzers are portable. Any police officer in uniform can administer a breath test if they suspect:

Now that we sort of know what levels BAC will leave a person intoxicated and unable to drive, what are the laws that govern drunk driving?

According to section 45 and 45A of the Road Transport Act 1987, you can commit an offence merely by being in your car if your BAC levels are too high. Both those sections will be discussed shortly.

First lets take a look at section 43 of the same Act. Section 43 says that a person who drives ‘without due care and attention or without reasonable consideration for another persons using the road’ is guilty of an offence. Drunk driving is certainly punishable under this section, and if found guilty, offenders can expect to pay a fine of up to RM 10,000 and a maximum period of imprisonment of 12 months.

Section 44 of the Road Transport Act 1987 is the most direct way you can be liable for a drunk driving charge.

(1) Any person who, when driving a motor vehicle on a road or other public place—

(a) is under the influence of intoxicating liquor or drug, to such an extent as to be incapable of having proper control of the vehicle; or

(b) has so much alcohol in his body that the proportion of it in his breath, blood or urine exceeds the prescribed limit, and causes the death of or injury to any person shall be guilty of an offence...

Basically, if you operate a motor vehicle in any public place when you’re drunk to the point where you can’t really control the vehicle or your BAC levels exceed the legal limits, you commit an offence under section 44. The section is worded in such a way that you’ll be guilty whether you’re OBVIOUSLY drunk and driving, or you don’t look drunk (but your BAC levels exceed the legal limits). Upon conviction under section 44 the offender has to pay a fine of not less than RM 8,000, up to a maximum of RM 20,000 and jail time of a minimum of 3 years.

Section 45 and 45A give the police officers certain powers of discretion and are more specifically targeted at people who in charge of a vehicle when they are intoxicated or have BAC levels above the prescribed limit. What does being in charge mean? It is whether the person in the circumstances there is a realistic possibility of the person taking control of the vehicle.

For example, a very drunk guy is sitting in his car in a parked position, and not driving it.

If a police officer finds him in this situation and either sees that he’s so smashed that he’s not fit to drive, or manages to make the guy take a breathalyzer test and his BAC levels are way off the charts, the guy can be liable under section 45 and/or 45A.

If found guilty under section 45 and/or 45A, what awaits may be a fine of up to RM 1,000 and imprisonment of up to 3 months on the first conviction. Subsequent offences will net the offender a fine between RM 2,000 and RM 6,000 and jail time of up to 12 months. Remember though that you won’t be liable under section 45 or 45A if there’s no possibility of you piloting the vehicle. Maybe take a nap in the passengers’ seat instead of the drivers’ seat when you’re drunk.

(a) as a result of a breath test he has reasonable cause to suspect that the proportion of alcohol in that person‘s breath, blood or urine exceeds the prescribed limit; or

(b) that person has failed to provide a specimen of breath for a breath test when required to do so in pursuance of this section and the police officer has reasonable cause to suspect that he has alcohol in his body, but a person shall not be arrested by virtue of this subsection when he is at a hospital as a patient.

The cops can haul you in if you fail the breath test. Not only that, if you fail to, or refuse to provide your nice fermented breath to the police officer that administered the breath test, they can take you in. To further punish this sort of behaviour, failure to provide a breath specimen when required will net you a fine between RM 1,000 and RM 6,000 and jail time of up to 12 months for the first offence. Subsequent offences will result in a fine between RM 2,000 and RM 1,000, and imprisonment of up to 2 years.

If for any reason the courts think that offenders deserve it, their driving licences can also be suspended temporarily or revoked permanently.

The Malaysian authorities clearly take driving under influence very, very seriously, and for good reason. As mentioned above, a drunk driver is exponentially more likely to cause traffic accidents, and according to authors Steven Levitt and Stephen Dubner, 21 billion miles are being driven by drunk drivers every year in the United States alone. These statistics are not to encourage people to drink and drive; on the contrary, it is to make people realize how scary reality is.

Please, don’t drink and drive. It doesn’t only endanger your life, it endangers other people’s lives. Get a friend to call you an Uber, Grab or taxi to go home if you’re too sloshed to drive. If you know anyone who has problems with alcohol, you can direct them to Alcoholics Anonymous Malaysia’s website here. They are an organization dedicated to helping people who have problems with alcohol, with positive results.